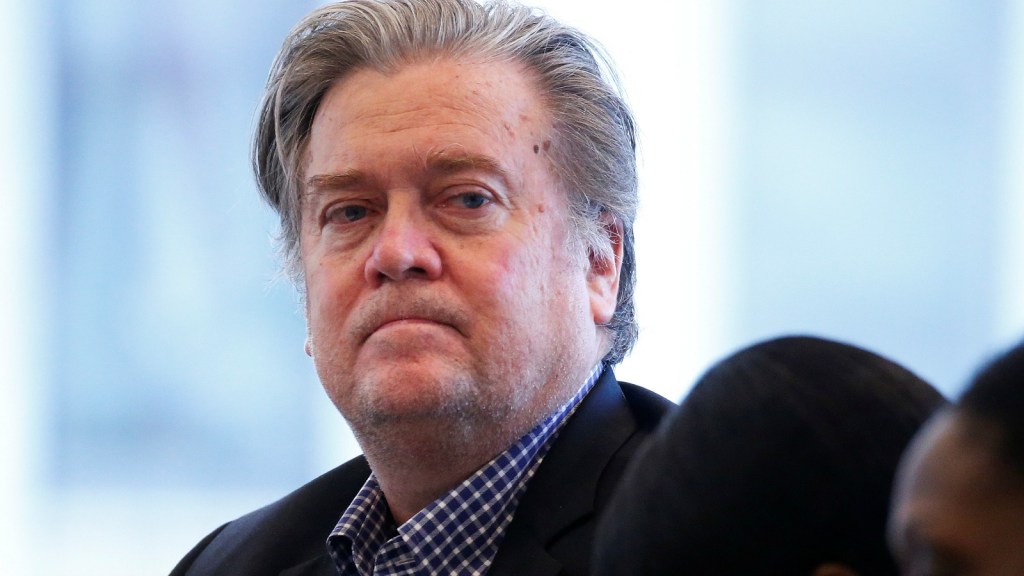 Long before Stephen Bannon was CEO of Donald Trump’s presidential campaign, he held a much different job — as the acting director of Biosphere 2, a $200 million scientific research facility in the mountains outside Tucson, Arizona.

The original Biosphere project, completed in 1991 by a company called Space Biosphere Ventures and funded by a Texas billionaire named Edward Bass, was an attempt to turn science fiction into reality. Eight individuals were to live and work entirely within a series of domed and self-contained buildings, where they would grow their own food, recycle their own waste, and demonstrate that humans might be able to survive in space. But when that two-year experiment ended in disarray — it was overrun by ants and cockroaches — the company turned to a group of outsiders for help in turning it around. At the head of that effort was Bannon.

At the time he was hired by Bass to run Space Biospheres Ventures, Bannon was managing his own investment banking firm, Bannon & Co. Some Biosphere-ites were concerned about Bannon, who had previously investigated cost overruns at the site. Two former Biosphere 2 crew members flew back to Arizona to protest the hire and broke into the compound to warn current crew members that Bannon and the new management would jeopardize their safety.

Under his management, the focus of Biosphere 2 shifted from survival — the Survivor-like challenge of enduring two years inside a literal bubble — to planetary research. Specifically, as Bannon explained in a 1995 interview with C-SPAN, Biosphere 2 would be a place that focused on studying societal challenges like air pollution and climate change.

Breitbart News, the media company which Bannon ran for four years before taking a leave of absence to join Trump’s campaign, has adopted an antagonistic approach toward the topic of climate change, mocking climate science as “tosh” and “eco-propaganda” and claiming that the Earth is actually cooling. But Bannon sang a much different tune when he was interviewed by C-SPAN at Biosphere 2 in 1995.

“A lot of the scientists who are studying global change and studying the effects of greenhouse gases, many of them feel that the Earth’s atmosphere in 100 years is what Biosphere 2’s atmosphere is today,” Bannon explained. “We have extraordinarily high CO2, we have very high nitrous oxide, we have high methane. And we have lower oxygen content. So the power of this place is allowing those scientists who are really involved in the study of global change, and which, in the outside world or Biosphere 1, really have to work with just computer simulation, this actually allows them to study and monitor the impact of enhanced CO2 and other greenhouse gases on humans, plants, and animals.”

Bannon left Biosphere 2 after two years, and the project was taken over by Columbia University. (It is currently part of the University of Arizona.) But his departure was marred, as the Tucson Citizen reported at the time, by a civil lawsuit filed against Space Biosphere Ventures by the former crew members who had broken in.

During a 1996 trial, Bannon testified that he had called one of the plaintiffs a “self-centered, deluded young woman” and a “bimbo.” He also testified that when the woman submitted a five-page complaint outlining safety problems at the site, he promised to shove the complaint “down her fucking throat.” At the end of the trial, the jury found for the plaintiffs and ordered Space Biosphere Ventures to pay them $600,000 — but also ordered the plaintiffs to pay the company $40,089 for the damage they had caused.