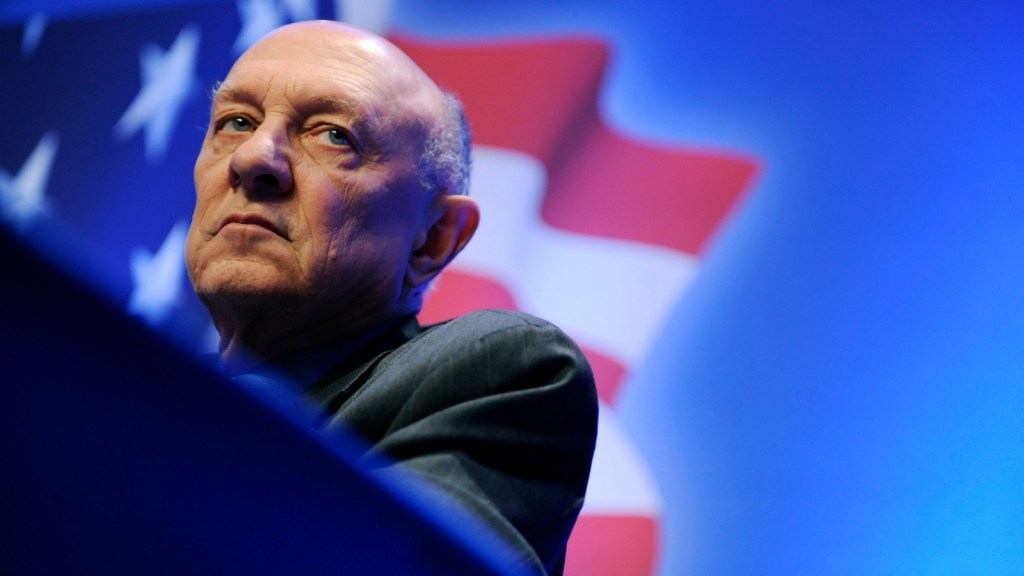 Former CIA Director R. James Woolsey has signed on as a senior adviser to Donald Trump — even though the two men’s views are oceans apart on an issue very close to Woolsey’s heart: climate change.

For years, the former CIA director has been an advocate for cleaner energy and has called for addressing global warming from a national security perspective. He argues that our current energy sources put us at “the whims of OPEC’s despots” and make us more vulnerable to terrorist attacks. He wants the United States to shift from its reliance on coal and oil to renewables and natural gas. “There’s enough consensus that human-generated global warming gas emissions are beginning to have an effect,” he said in an interview in 2010. “Next year might be cooler than this year but that doesn’t mean the trend isn’t there.” (Indeed, the world keeps getting warmer.)

In 2013, Woolsey was one of dozens of national security experts who signed a statement declaring that climate change represents a “serious threat to American national security interests.” The “potential consequences are undeniable, and the cost of inaction, paid for in lives and valuable U.S. resources, will be staggering,” read the statement. “Washington must lead on this issue now.”

Trump, on the other hand, doesn’t believe in global warming, having called it a Chinese hoax. He’s even pointed to cold winter weather in an attempt to debunk this “GLOBAL WARMING bullshit.” Trump wants to scrap President Barack Obama’s Clean Power Plan and back out of the Paris climate accord. Rather than move toward renewable energy, he wants to make the United States energy independent by resuscitating the coal industry.

Mother Jones reached out to Woolsey to ask how he feels about Trump’s climate change denialism. He did not immediately respond. In a statement distributed by the Trump campaign, Woolsey, who served as CIA director under President Bill Clinton, criticized Hillary Clinton for how she ran the State Department. Trump, Woolsey insisted, “understands the magnitude of the threats we face and is holding his cards close to the vest.” So does he think Trump is a secret believer in climate change after all?