If we are going to escape our climate crisis, we will need to embrace new things. We’ll need a boggling expansion of clean energy. We’ll need a titanic shift to less polluting and more bountiful ways of growing food. And, even as we do that, we’ll need to make more of everything with less energy. All of this requires a lot of innovation. 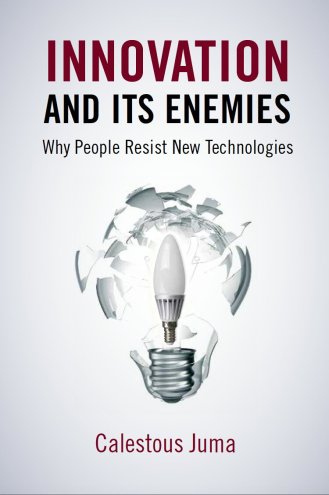 No problem, you say. Everybody loves innovation. The predictable slobbering over each new Apple gadget proves we’re infatuated with technology, right? Not according to Calestous Juma, a professor of international development at Harvard.

In his new book, Innovation and its Enemies, Juma argues that our infatuation is limited to new versions of established technologies, and that people generally oppose anything that feels too new. We may be addicted to our media-consumption devices now, but even the birth of mass media was met with staggering resistance. People scoffed at it as a low-brow corruption of the literary arts and rulers banned it in several places. The Ottoman Empire managed to prevent printing in Arabic script for nearly 300 years — and for good reason: The technology took the power of the written word out of the hands of kings and clerics.

In researching the early histories of technologies, Juma consistently found outraged opposition. Nylon stockings were said to cause “cancer of the legs.” Coffee supposedly caused male erectile dysfunction, and the King Charles II of England threatened to shutter any business selling it, while Sultan Murad III of Constantinople went ahead and had them shuttered and their owners tortured. Electricity was called a “fearful source of death.” People even recoiled from the concept of zero, because the idea of nothingness seemed morally abhorrent. Juma thinks that people mostly resist change.

Juma details a lot of reasons that people oppose innovation, which we need to understand if we want to overcome inertia preventing us from becoming a carbon-neutral society. Here are the three most important: 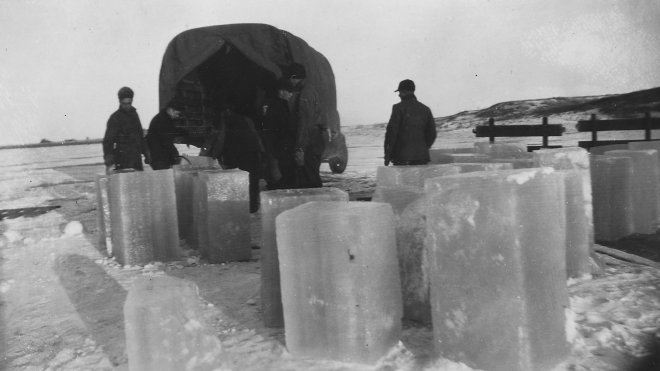 Refrigeration is pretty clearly a good thing. It prevents food waste and illness — what’s not to love? But in the beginning of the 19th century it had an enemy: the natural ice industry. The ice cutters did their best to show people that the newfangled refrigerators were expensive, dangerous, and unnatural. They used the term “embalmed food” to describe — possibly disease-causing? — refrigerated meat and produce. And they did this because the new technology was taking money out of their pockets.

Incumbents can also be sympathetic individuals. The Luddites, for example, didn’t object to all new technology, only to the specific textile technologies that threatened their jobs and paychecks. Similarly, musicians organized against recording technology because they feared there would be fewer jobs for them if people started listening to canned music.

The people and industries that benefit from the old order have a clear incentive to resist the new.

Cultural identity is rocked by change 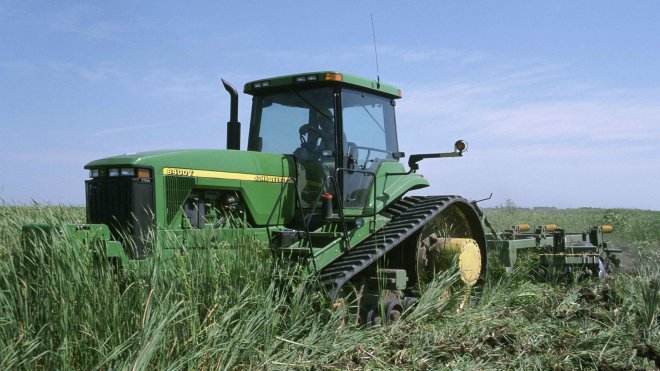 Some technologies are so tightly woven into a culture that their replacement threatens the way of life. When farmers adopted tractors it changed everything. In the early 1900s, one quarter of American cropland was devoted to feeding draft animals, and those horses required veterinarians, harness makers, and blacksmiths — a whole ecosystem of professions. As tractors replaced horses, these people, along with their skills and traditions, grew obsolete.

The printing press is another good example of technology upending culture. In Europe, the church accepted the press only to see it shatter the dominance of Catholicism. Martin Luther printed his attacks on the church en masse, and this dissemination of ideas led to the Reformation. It was the beginning of the end for the reassuringly simple feudal order with God at the top and peasants at the bottom. So you can understand why the Ottomans resisted it.

But the established order often needs a good shaking. Old traditions are often chockablock with injustice and superstition — but this kind of disruption also represent a genuine loss for some people. The old winners are cast as the new losers.

Benefits and risks are distributed unevenly 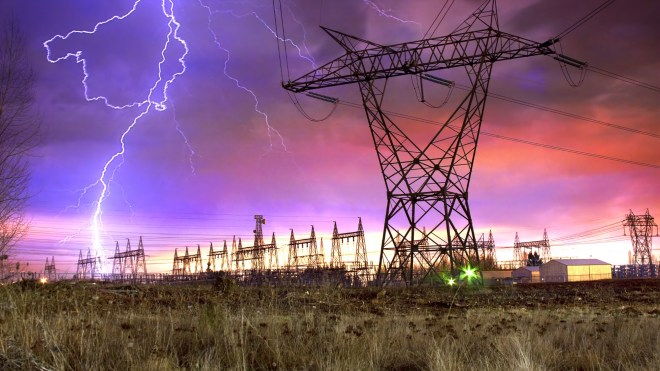 We can watch attitudes about genetically modified food, and genetically modified mosquitoes shift depending on how much benefit people think these technologies will provide to them, personally. I’ve spelled this out in greater detail here, arguing that: “The benefits of any change are distributed unevenly and when the benefits are centered mostly on others, or diffused among many, it’s easy for me embrace a scary, sci-fi scenario as a reason for opposition. But if it becomes clear that I stand to benefit, I’ll want to know how likely those scenarios really are; I’ll weigh the pluses and minuses of change.”

You can see this playing out with electricity. There were gruesome accidents early on that seemed likely to doom the technology. In 1889, a lineman became tangled in the overhead wires and, for the better part of an hour, New Yorkers watched as his suspended corpse fizzled and smoked. The risks of electricity were obvious, but people could also see personal benefits. Brighter streetlights would prevent crime, and the existing alternative, gas lighting, caused fires.

But often technologies don’t offer this kind of obvious gratification. Take renewable energy: The risks are clear (getting off fossil fuels carries a cost), and most of the benefits for reducing pollution go to people who haven’t been born yet.

Hold up. Should we embrace every-damn-new-thing? 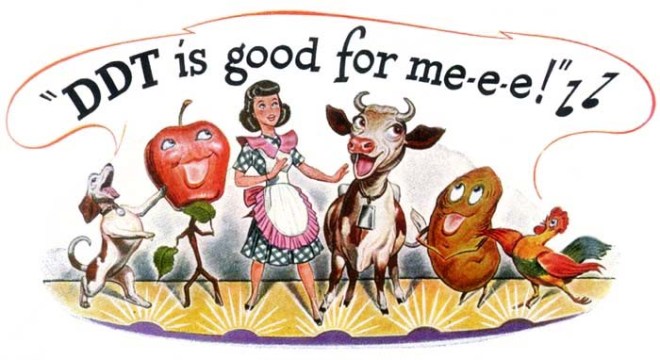 No. Juma also notes that there are times when we’ve underestimated the risk of innovation. Between the 1940s and 1970s, for example, we blithely overused persistent organic pollutants like DDT, which continue to haunt us. And there are plenty of other innovations (lead paint, thalidomide, napalm, and so on) that did more harm than good. Juma isn’t proposing that we embrace all new technologies, he’d just like us to be aware that we tend to have a natural bias against shaking things up. We overestimate the risks of changes, and underestimate the risks of doing nothing. 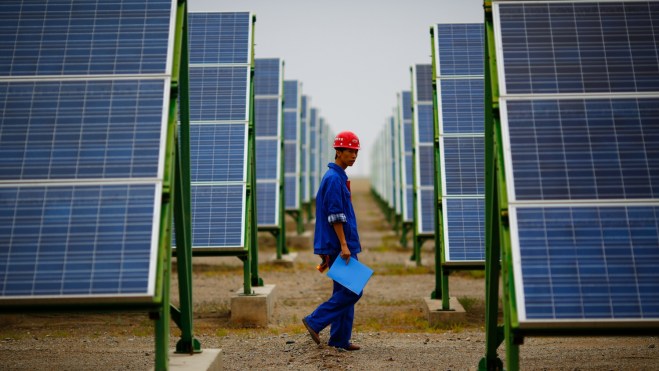 That’s his advice for technologists. For the rest of us, I get the impression that Juma would ask that we begin to question the impulse to reject the new. As the physicist Sir David MacKay notes in his book on renewable energy, there’s always some reason to reject even the kind of changes we say we want most. “We need to stop saying no and start saying yes,” MacKay wrote.

When it comes to food, it’s all too easy to reject innovation, because the benefits of new technologies go to farmers and the environment — but usually not to the eaters. There’s a large incentive for Big Food to cater to the whims of neurotic rich people rather than working with farmers and scientists to use the technologies that work best for the health of the land.

When it comes to our climate crisis, if we take the attitude that new technologies are guilty until proven innocent, we are sure to be stuck with runaway climate change, rampant extinctions, and 800 million people living in desperate poverty. In a status quo where rising seas are expected to submerge 10 million people in Bangladesh by 2050, this paralysis is baldly immoral. It’s also more dangerous than taking our chances on new things.