What the Georgia Senate candidates think about climate change 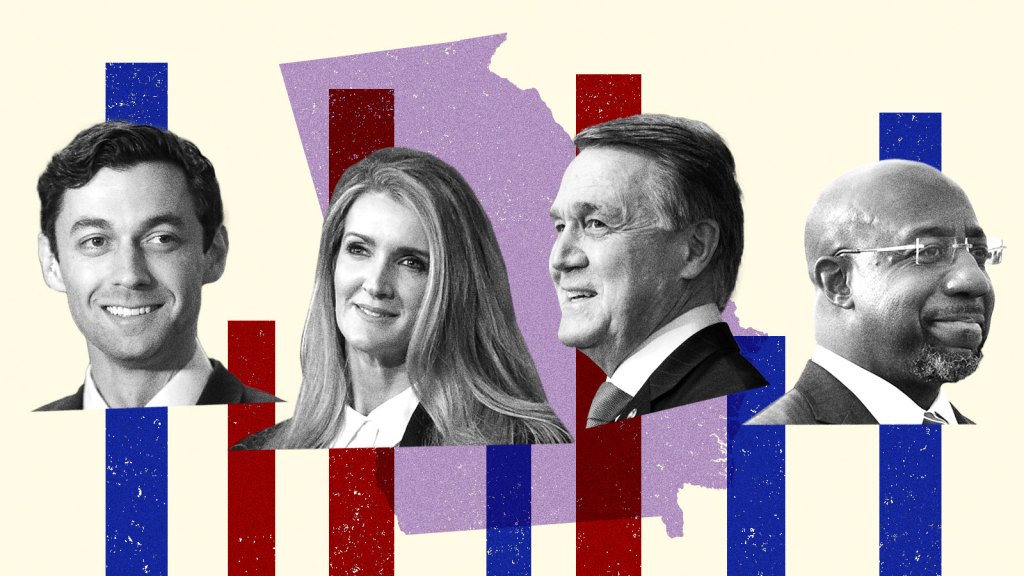 What the Georgia Senate candidates think about climate change

It may be a new year, but the 2020 election isn’t over yet. All eyes are on Georgia, where four candidates are duking it out over a pair of crucial U.S. Senate seats. The two runoff races will finish what was started on November 3, when no candidate in either of the state’s Senate races managed to win a majority of the vote. If Democrats win both those races, the Senate will be split 50-50, with Vice President-elect Kamala Harris acting as tiebreaker, which would give President-elect Joe Biden the latitude to accomplish at least some of his legislative agenda. If Republicans prevail in one or both of them, Senate Majority Leader Mitch McConnell will retain control of the upper chamber, dashing Democrats’ dreams of passing policy on everything from health care to climate change.

Climate change and what these candidates aim to do (or not do) about it haven’t exactly been a focal point of these races. Only a slim majority of Georgians accept the scientific consensus that human activity is to blame for rising temperatures. Instead of yammering on about an issue Georgians aren’t fired up about, the candidates — even the ones whose platforms include climate planks — have largely trained their attention elsewhere. Perdue and Loeffler have been busy aligning themselves with President Trump — supporting his baseless claim that the presidential election was skewed by widespread voter fraud. Ossoff and Warnock have been focused on accusations that Perdue and Loeffler took part in insider trading ahead of the coronavirus pandemic. The Republican senators offloaded millions of dollars worth of stock before the stock market took a nosedive in March.

Ossoff may have the most ambitious climate agenda of the bunch. He hasn’t endorsed the Green New Deal, but which politician would embrace that political hot potato in a Southern swing state? Ossoff prefers a sweeping infrastructure plan that includes funding for clean energy, energy efficiency, and jobs in the renewable energy sector. He’s also a proponent of rejoining the Paris Agreement, reversing many of Trump’s environmental rollbacks, and instituting a ban on single-use plastics. At an Atlanta Press Club debate in October, Ossoff said Georgia could become “the leading producer of renewable energy in the American Southeast.”

At that same debate, Perdue dodged a question about what he planned to do about rising temperatures and instead bashed the Green New Deal. “That is the greatest threat to Medicare and Social Security that we have in America today, is this outrageous spending plan the Democrats are trying to perpetrate in this election,” he said of the progressive climate proposal. Perdue has a 3 percent lifetime score from the League of Conservation Voters, an environmental group that keeps track of how members of Congress vote on green legislation. He opposed former President Obama’s Clean Power Plan and has voted against many other climate and environmental measures during his six years in the Senate. But he also cosponsored the Great American Outdoors Act, a land conservation bill that passed with bipartisan support, and a measure to reduce the amount of plastic pollution in oceans. And after Hurricane Michael devastated Georgia in 2018, Perdue led a bipartisan effort to secure disaster relief funding for states impacted by Michael and other natural disasters.

In the other race, Warnock believes that “the Earth is the Lord’s,” according to his website, which lays out his support for a clean energy transition, environmental justice, and stewardship of the natural world. He is a proponent of rejoining the Paris Agreement, reversing Trump’s rollbacks, investing in climate resiliency projects to prepare the Georgia coastline for rising sea levels, and providing job training to help low-income and minority Georgians to take part in a green energy economy. Ebenezer Baptist, Warnock’s church, partnered with the Clinton Foundation in 2016 to become more energy efficient and implemented an educational program to teach its members about sustainability. In 2019, Warnock co-hosted an interfaith meeting on climate change and environmental justice with former Vice President Al Gore and Bishop William J. Barber, II, in Atlanta.

Loeffler, who was appointed to the Senate in December 2019 after Johnny Isakson retired, hasn’t been in office long enough to receive a score from the League of Conservation Voters and she hasn’t said much about climate change publicly. It’s probably safe to assume that her position on the issue looks a bit like Trump’s, considering that she has aligned herself with the president on many other issues. But it’s hard to know for sure what Loeffler will do if she’s elected. The energy trading company Loeffler used to work for, Intercontinental Exchange Inc., paid a lobbying firm $260,000 between 2009 and 2010 to lobby Congress for cap-and-trade legislation. Loeffler was vice president of communications and investor relations at the company when it was advocating for mandated fees on greenhouse gas emissions. Still, experience working for a company that once liked the idea of a cap-and-trade scheme is no guarantee that Loeffler will support a similar policy in office.