Why Big Oil is giving piles of money to the NRA 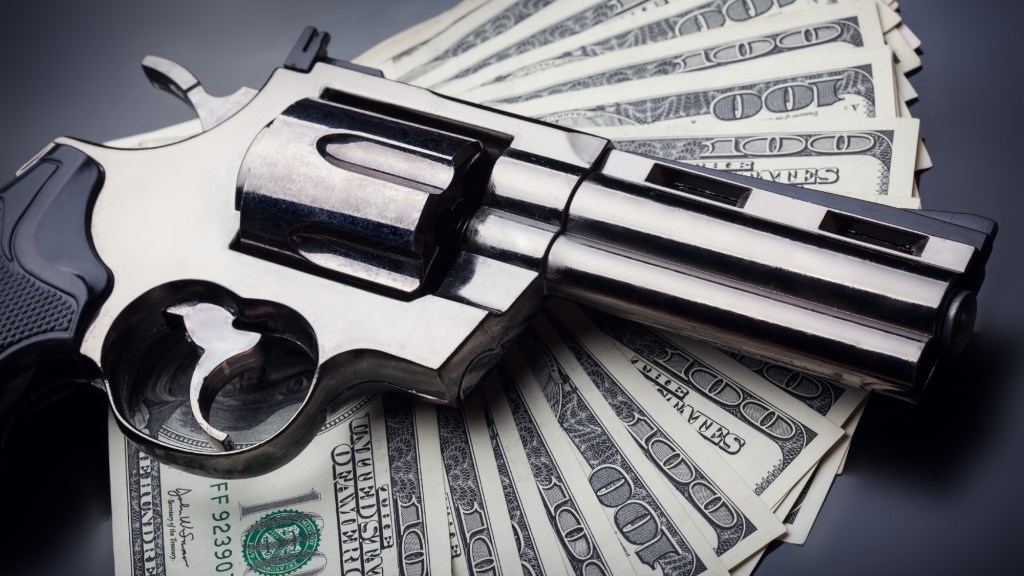 Why Big Oil is giving piles of money to the NRA

Everybody needs one friend who, if things ever go south in a big way, will show up to help. And bring a gun. At least that’s what Big Oil thinks, and so it’s gone one better: It’s made friends with the guys who have all the guns — the NRA.

We all know guns and oil are a natural pairing, like Milli and Vanilli, or Rodman and Van Damme — just check out this footage from the guns and oil documentary series:

But what, you might wonder, do these two interests really have in common? Jamie Tarabay of Al Jazeera had this to say in the first of a three-part series about hunters, gun groups, and the oil and gas industry:

According to [a report released in April by the Center for American Progress], investments in sportsmen’s associations enable energy companies to influence NRA and SCI lobbying efforts, particularly in areas such as privatizing public lands, expanding drilling activities in national forests and fighting “the nation’s most effective wildlife recovery law, the Endangered Species Act.”

On some of these issues, the two groups share overlapping interests. SCI and the NRA have battled the inclusion of certain animals on the endangered species list because of the restrictions that would place on hunting those animals, as well as for the limitations it would place on the habitats where they still exist, which affects hunters’ ability to target other game.

Restrictions on any land exploration is something the oil and gas industry has long opposed, says Jessica Goad from the Center for Western Priorities, a left-leaning organization based in Denver. “We’ve seen that in their opposition to national monuments, national parks, they don’t like things being off-limits.”

Let’s review. At first glance, an organization like the NRA, which claims it seeks to preserve wild lands for hunting, might seem at odds with the oil and gas companies who seem to believe wildlands are best when coated with a viscous layer of crude, but there’s terrible reason to this rhyme: Big oil pumps millions of dollars into the NRA and other gun lobbying groups like Safari Club International, and in return, oil companies get the gun lobby’s unbelievable political and cultural power.

And whether it’s tapping Mount Rushmore for oil drilling in George Washington’s head or opening the National Zoo for full-auto big game hunting, both groups want to eliminate regulation of federal lands. It’s a match made in, well, not heaven. What’s the other place?