Why Obama linked climate change to his daughter's asthma 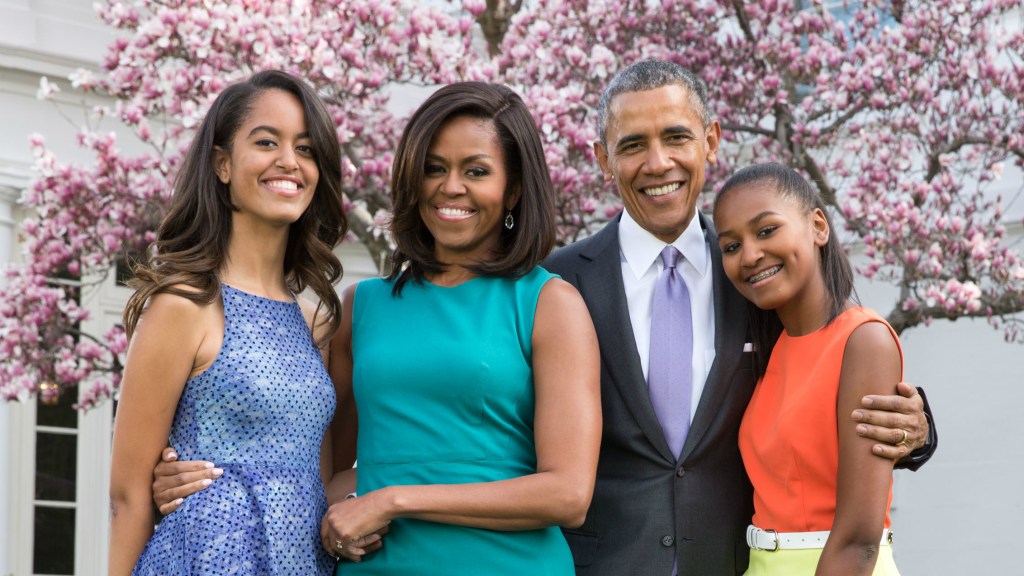 Why Obama linked climate change to his daughter’s asthma

YOU HEAR THAT? It’s President Obama dropping another climate gauntlet. The core of the president’s announcements late Tuesday was a set of initiatives meant to track, mitigate, and inform the public about the dangers of diseases exacerbated by human-caused global warming. But the vehicle for these policies was in its own way even more interesting: an anecdote about his daughter Malia’s childhood struggles with asthma.

“Malia had asthma when she was 4, and because we had good health insurance, we were able to knock it out early,” the president told ABC News’ chief health correspondent, Richard Besser, in an interview that aired on April 8. Obama made the connection that higher temperatures lead to higher atmospheric particulate matter, which could have played a role in his daughter’s respiratory problems. “And if we can make sure that our responses to the environment are reducing those incidents, that’s something that I think every parent would wish for,” Obama said.

It’s nothing new for public figures to use their kin to elicit sympathy for a cause. But politically, connecting global warming to disease is still a bold move. Scientifically, though? Researchers have been making those correlations for over two decades. The arc of science indeed bends towards carbon as a culprit. Obama’s announcement shows the tension between those two ways of thinking.

Back in 1989, scientific consensus was coalescing around carbon as the culprit for climate change. That year, 13 federal agencies started cooperating on climate change research, says Jack Kaye, the head of NASA’s earth science research and the agency’s point person for the U.S. Global Research Change Program (USGRCP). Public health was a part of these discussions since day one.

In fact, Obama timed his announcement to the most recent USGCRP draft assessment on climate change and public health (which is still open to public comment, if any “comment activists” want to take their skepticism somewhere productive). While it’s not final, the report shows how these connections get made. It starts with epidemiologists identifying a new disease trend — say, asthma cases on the rise. An environmental health specialist might also notice that air quality has been getting worse, and testing shows it’s from an increase in particulate matter, such as soot. Meanwhile, climatologists have been tracking a rise in local temperatures, and noticing more wild fires. Eventually, the various lines of research meet: Warmer air temps correlate with higher particulate matter. Higher particulate matter causes more cases of asthma. “It eventually comes together, but in these environmental questions it takes a frustratingly long time,” says Jeffrey Engel, director of the Council of State and Territorial Epidemiologists, a group that has done its own work on climate change and public health.

All well and good, but it’s probably not possible to blame Malia Obama’s asthma on global warming. “I would never contradict the president, of course,” says Kaye. “I have a daughter and wife who at various times were diagnosed with asthma, but in public health you’re trying to look at the overall statistics.” In other words, climate change has increased overall asthma rates, but whether it’s responsible for Malia’s specific case is impossible to determine.

None of which makes the overall problem of global warming any less serious, of course. Until now, most of the progress in trying to limit carbon emissions and identify public health problems has come from the state and local levels. “And that’s met with a patchwork of success, like everything at the state level,” says Engel. The president has the power of his pulpit, and can call for mostly executive-level fixes — federal agency-guided approaches, partnerships with private entities, and releases of new information. But the president doesn’t control the nation’s purse strings. Come budget time, Congress could cut funding to agencies it doesn’t like, gutting their ability to carry out the president’s plans.

So bringing Malia into the conversation is perhaps a way to use emotion to put more oomph behind the policy. That would explain why some environmental groups — while applauding the fact that Obama is forcing climate change into the public eye — have actually been critical of the announcement. The science is solid; the politics are squishy.

“It’s good that President Obama is taking action. He’s talking about this a lot, making it a priority in the upcoming Paris talks, rejecting Keystone XL,” says Karthik Ganapathy, chief U.S. spokesperson for 350.org. “But we don’t have time to dither, or do the traditional Washington thing of kicking the can down the road. And I don’t think anyone is going to see any big breakthroughs when there’s a climate denier running the senate committee that controls funding for science and the environment.” (That’s James Inhofe of Oklahoma, newly installed head of Science and Public Works.)

Ganapathy says that if the president were truly committed to reducing carbon (and thereby improving public health), he’d do something more dramatic, and fully within his powers. Like, for example, he could stop renewing the leases for fossil fuel drilling on public land and offshore — no family health issue invocation required.