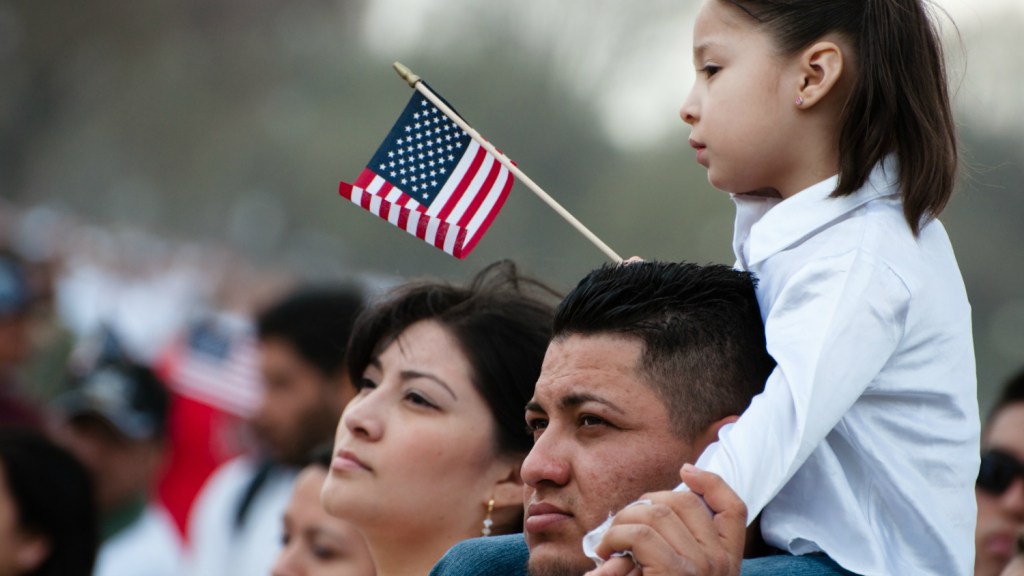 Every political consultant knows better than to let a good crisis go to waste. With that in mind, an anti-immigration group called Californians for Population Stabilization has been running TV commercials linking California’s drought to immigration.

“Let’s slow immigration, and save some California for tomorrow,” the announcer gently intones.

While it’s designed to sound reasonable, the message is actually deceptive demagoguery. If California feels crowded and is overrun with cars, that’s because it suffers from terrible urban planning — or perhaps just a lack of planning altogether. Other than San Francisco, California’s large cities are lower density than their East Coast counterparts. Most of greater Los Angeles and San Diego suffer from an incoherent, inefficient sprawl that forces residents to drive everywhere and leaves parking lots where trees should be. (They should instead, like New York or San Francisco, have denser communities around transit hubs interspersed with more transit-accessible parks.)

As for the drought, it has nothing to do with immigration whatsoever. Conservatives like National Review’s Victor Davis Hanson contend that the drought has been exacerbated by excess demand for water from new residents. “[T]he state has never had 40 million residents during a drought — well over 10 million more than during the last dry spell in the early 1990s,” Hanson writes. “Much of the growth is due to massive and recent immigration.”

Hanson points out that one-quarter of California’s residents are foreign born, but he glosses over a far more salient fact: 80 percent of water used in California is for agriculture (and a sizable portion of the state’s agricultural products are exported). So even if California had zero foreign immigrants, that might only reduce its water usage by one-quarter of the 20 percent used for non-agricultural purposes. That would be 5 percent of California’s total water usage. Sorry xenophobes, but you can’t blame California’s drought and the damage it has caused on a group that uses at most 5 percent of its water.

In fact, they probably use even less than that. Only 14 percent of California’s water goes to residential uses, with the remaining non-agricultural 6 percent divided up by government and business. A lot of the most water-intensive uses, like golf courses, are mostly for affluent and disproportionately native-born consumers. Even residential usage skews towards the rich. As the Los Angeles Times notes, “many immigrants probably use less water than the average California resident because they tend to live in multi-family dwellings, not higher-consuming single-family homes.” If Californians are worried about too much residential water consumption, one environmental expert tells the Times, they should rip out their water-hogging lawns. As Los Angeles-based writer D.J. Waldie points out for KCET, “Landscaping accounts for nearly half of all residential water use.”

This is certainly not the first time anti-immigration activists have claimed that immigration is responsible for sprawl and ecological destruction. In 2004, for example, a network called Sierrans for U.S. Population Stabilization ran anti-immigration candidates in the Sierra Club’s board of directors election. Their hope was to take the group over and have it come out for restricting immigration. They lost in a landslide. In 2008, a collection of organizations such as the Federation for Immigration Reform and Numbers USA bought full-page ads blaming immigrants for traffic and suburban sprawl in liberal publications such as The New York Times, The Nation, The New Republic, The American Prospect, and Harper’s.

Nor is this the only effort by conservatives to capitalize on California’s drought to score a specious point. Conservatives are blaming California’s predicament on environmental policies that prevent excessive diversion of water for human consumption from the Sacramento and San Joaquin rivers. The New Republic’s Rebecca Leber reported in April:

Fox News, National Review, American Thinker, Town Hall, Breitbart, and Reason have all suggested that environmental policies have exacerbated the perilous lack of water in California, and that liberals are trying to hide it by shifting blame to agriculture. Carly Fiorina, a possible 2016 GOP presidential candidate, charged that the drought is a “man-made human tragedy” brought on by “overzealous environmentalists.” A recent Wall Street Journal editorial argued, “The liberals who run California have long purported that their green policies are a free (organic) lunch, but the bills are coming due.” …

Conservatives’ spin conceals the fact that water left to replenish the environment is really doing double, even triple duty for human benefit. …

Beyond ensuring a diverse ecosystem, it supports fisheries; California chinook salmon fishermen generated nearly $23 million in 2013. It ensures safe water quality for human use; the freshwater keeps salt water at bay by forming a barrier that prevents the powerful pumps for state and federal projects from sucking seawater to redirect to the rest of the state. By diverting so much of the river upstream of the delta, the water downstream “can become so salty that the water from the export pumps would need expensive treatment (desalination) to be used for drinking or growing crops,” Natural Resources Defense Council senior attorney Doug Obegi said.

Unfortunately for conservatives, the real cause of the drought is abundantly clear: lower-than-normal levels of rain and snowpack, combined with higher-than-normal temperatures. Scientists attribute these conditions to climate change, and say they will become more common in the future. That’s a future we had better prepare for, but blaming immigrants won’t help.