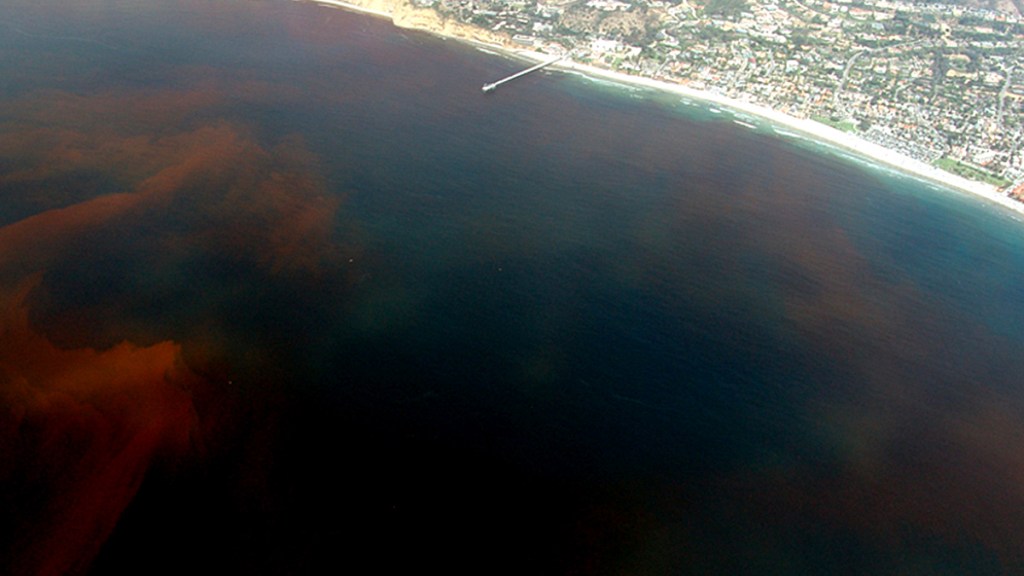 Remember that big algae bloom that was sweeping the West Coast a few weeks ago? Here’s an update: It’s still there, and it’s bigger, denser, and more toxic than anyone suspected. You know what this means, don’t you? Welcome back to Spoiler Alerts, where we bring the worst news from our changing climate, straight to you.

This kind of toxic algae bloom — sometimes called a “red tide” — is not uncommon. But scientists have never known one to be this bad before, according to Reuters:

The bloom, which emerged in May, stretches thousands of miles from the Channel Islands off the coast of Southern California to Alaska’s Aleutian Islands and has surprised researchers by its size and composition.

“It’s just lurking there.” Is it just me, or does that sound like the beginning of a creature feature flick about mutant mollusks? Before you ask, we’re not certain climate change is fully to blame — but we’re pretty sure we could be seeing more of these supercharged red tides in the future:

Researchers have yet to determine whether longer-term global climate change from rising levels of heat-trapping greenhouse gas emissions are playing a role, but the massive bloom may be a harbinger of things to come in any case, she said.

“Whether this is or is not due to climate change, I think it provides a window to the future of what we could see happen under climate change scenarios,” Trainer said.

What we do know for sure is that it’s costing us big time:

NOAA said in a statement that the closure of a Washington state razor clam fishery resulted in $9.2 million in lost income and has also damaged the state’s $84 million commercial crabbing industry.

First, with the salmon, then with the razor clams and crabs. It’s as if climate change is trying to turn us all into vegetarians — though that’s maybe not the worst idea, it’s not great news for my cioppino habit.