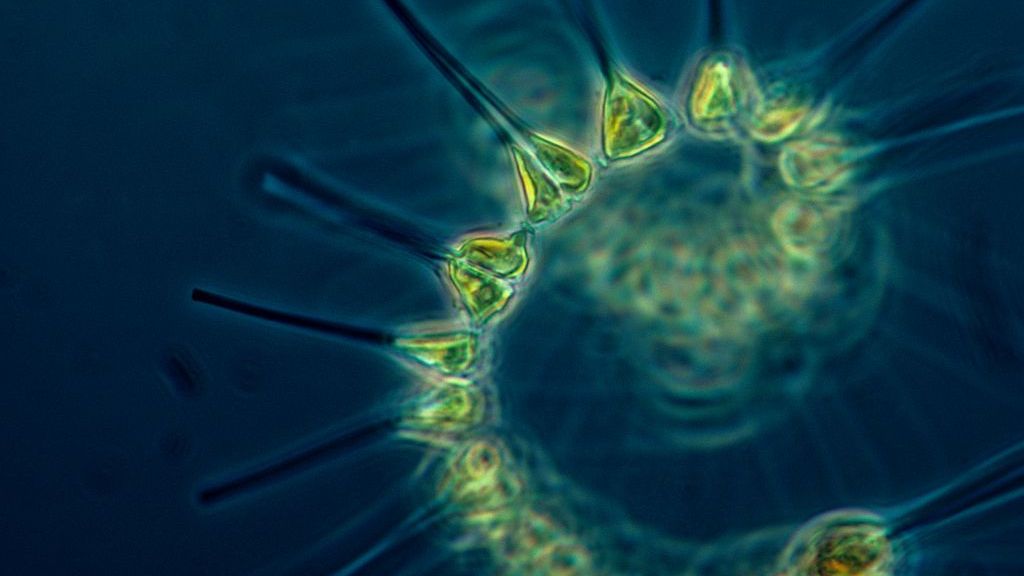 It’s never good when a scientist says “I try not to be an alarmist, but …”

Unfortunately, that’s exactly what MIT’s Stephanie Dutkiewicz recently said about how ocean acidification and warming waters could massively disrupt the world’s phytoplankton populations, aka the base of the entire marine food web.

For a refresher on ocean acidification, check out this short Grist video featuring our office beta fish and a soda maker. Otherwise, here’s the gist: As the ocean absorbs CO2, it becomes more acidic. In the last 200 years or so, the ocean’s acidity has increased by about 30 percent, and scientists expect it to go up way more by the end of the century.

So Dutkiewicz, an oceanographer, and her colleagues wanted to know what exactly that would mean for all those cute little micro-plants floating around out there, and today, in a paper published online in the journal Nature Climate Change, they deliver the sobering news: Ocean acidification will likely kill off some phytoplankton species and let others thrive, while warming waters will likely cause mass phytoplankton migrations toward the poles. In short: The base of the marine food web could be in for some serious upheaval in the coming decades. Here’s more from MIT News:

“I’ve always been a total believer in climate change, and I try not to be an alarmist, because it’s not good for anyone,” says Dutkiewicz, who is the paper’s lead author. “But I was actually quite shocked by the results. The fact that there are so many different possible changes, that different phytoplankton respond differently, means there might be some quite traumatic changes in the communities over the course of the 21st century. A whole rearrangement of the communities means something to both the food web further up, but also for things like cycling of carbon.”

To get these results, Dutkiewicz and her colleagues studied 154 published experiments on how different types of phytoplankton respond to different acidity levels. They categorized certain species as “winners” and “losers” and then fed that information into a global ocean circulation model. Dutkiewicz told MIT News that more experiments need to be done on how multiple species interact under different acidity levels, but so far, things aren’t looking good:

“Generally, a polar bear eats things that start feeding on a diatom, and is probably not fed by something that feeds on Prochlorococcus, for example,” Dutkiewicz says. “The whole food chain is going to be different.”

On the plus side, we don’t like polar bears anymore, so perhaps this is all for the best.