Cattle pollution is pissing off the Rocky Mountain ecosystem 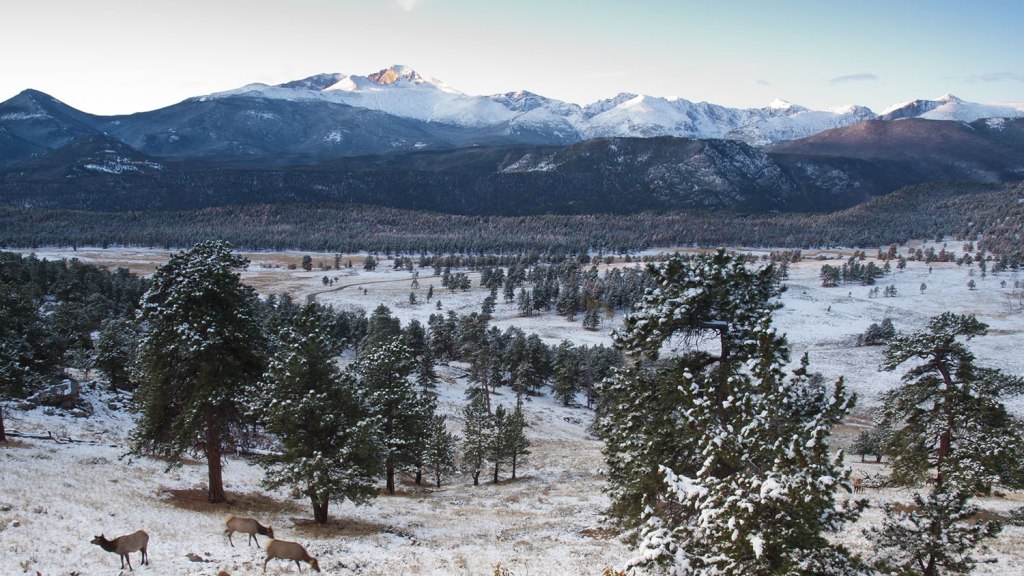 Cattle pollution is pissing off the Rocky Mountain ecosystem

What do cows have to do with rain in the Rocky Mountains? Typically, not a whole lot. But according to some biologists, the heifers in Colorado’s Eastern Plains farms are one of the biggest contributors to the mountains’ nitrogen pollution problem.

The cows’ urine and manure create tons of nitrogen, which is swept up by westerly winds and blown to the Rockies. There, the nitrogen particles are pulled down to earth by rain and snow where they pollute the mountain ecosystem.

Essentially, fertilizer is raining down on the Rockies — but it’s doing more harm than good. Jim Cheatham, a biologist with the National Park Service tells NPR News that so much nitrogen is raining down that it’s over-fertilizing the area. The giant doses of fertilizer are causing weeds to spread, weakening trees, and acidifying rivers, the biologist says.

Luckily, when the National Park Service told Colorado farmers about the pollution program, about 50 farms stepped up to help and voluntarily enlisted in a program that alerts ranchers when winds will be headed to the Rocky Mountains. NPR has the story:

The alert tells them how long the weather system will last, often two days or less. In response, the farmers can implement conservation practices that keep nitrogen out of the air. Slutsky might decide to move manure another day. Another farmer might postpone a fertilizer application.

Texas A&M University professor Brock Faulkner is a consultant for the project, which went through a trial run in 2014, sending out 10 warnings to Eastern Plains farmers.

“If we could shift the timing of those practices so that those emissions occur at a time when they’re less likely to cause detrimental environmental impacts, that would be fantastic,” says Faulkner.

So, thankfully, we can lessen the effects of cows’ bathroom habits. The state’s cows aren’t solely responsible for Colorado’s nitrogen pollution problem. Fumes from automobiles and the gas and oil industries aren’t helping, either, NPR reports. In the off chance you’re taking a joyride around Denver for another type of invasive weed, keep in mind that its 2015 and elk hate you.