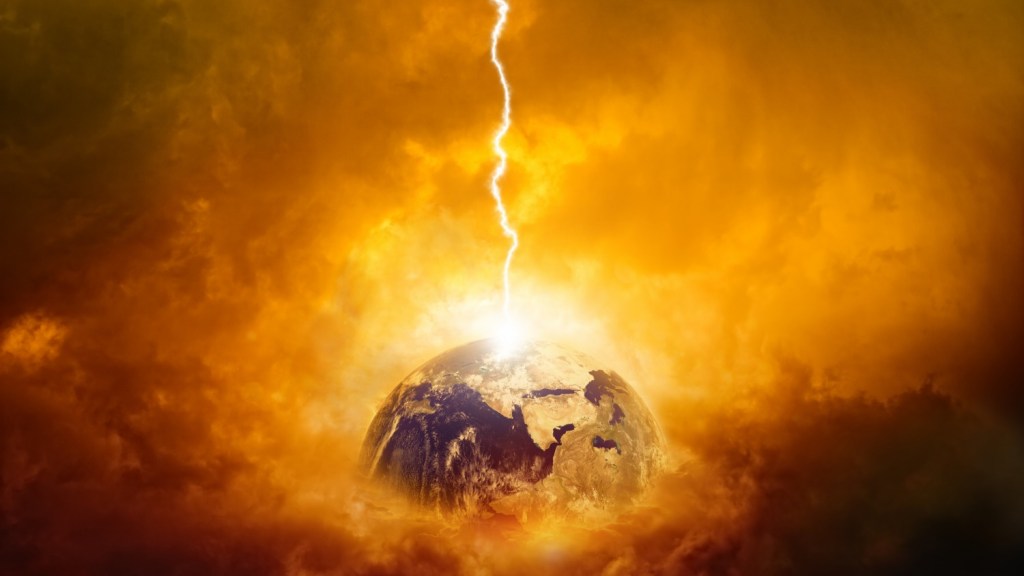 There’s no doubt that a) humans have messed up the planet big time and b) our ability to maintain our sanity while barreling toward an uncertain and potentially catastrophic future is perhaps our greatest achievement of all time. But in a new study from the latest issue of The Anthropocene Review, researchers explain just how much we’ve f-ed up this beautiful world.

“We think of major changes to the biosphere as the big extinction events, like that which finished off the dinosaurs at the end of the Cretaceous Period. But the changes happening to the biosphere today may be much more significant,” Mark Williams, a geologist from the University of Leicester and leader of the study, said in a press release.

Indeed, Williams and his colleagues claim that not since the evolution of photosynthetic microbes or multicellular animals has the course of Earth’s ecosystem changed so much. Scientists already acknowledge that we’ve entered a new human-induced geological epoch called the Anthropocene (although they disagree on when it began).

“But what is really new about this chapter in Earth history, the one we’re living through?” Williams says in the press release. “Episodes of global warming, ocean acidification and mass extinction have all happened before, well before humans arrived on the planet. We wanted to see if there was something different about what is happening now.”

Here are the four key changes from the press release, that they say define this unprecedented time in Earth’s history:

On the plus side, if humanity is headed for demise, at least we’re going out with a bang — like that drunk guy who gets tossed out of the bar and triumphantly knocks down every chair on his way to the door.