It's raining lampreys — time to leave this terrifying planet 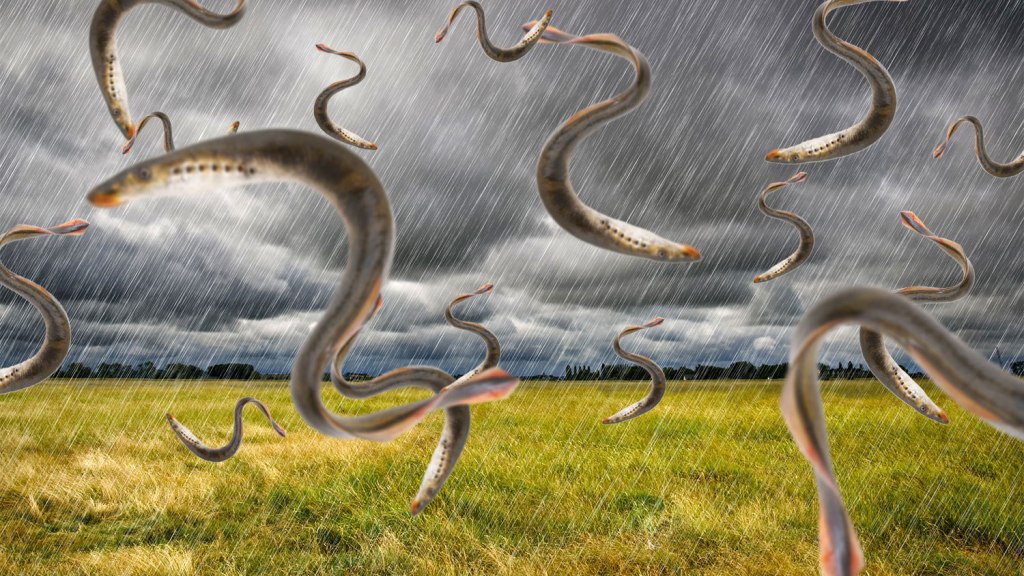 Hope you weren’t too excited about living on Earth, because as far as I can tell, it’s turning into a living nightmare: Lampreys are raining from the sky in Fairbanks, Alaska.

It’s not just any ol’ fray o’ fish — Arctic lampreys are jawless, slimy, blood-sucking terror monsters, which subsist by clamping to prey and sucking out their blood and body fluids. Here’s more from Quartz:

The key to this gory diet lies in its plunger-like “mouthpart,” as biologists call it, the mouth and tongue of which are lined with dozens of sharp yellow teeth. The mouthpart’s shape allows it to clamp onto fish—salmon, for instance, or sharks. It then uses its teeth and “tongue teeth” to slice and scrape its victim’s flesh until it draws its bloody meal.

Well, OK, to be fair — only four lampreys have been found in the Fairbanks area so far, but that’s more lampreys than you would ever want to meet in the wild. Trust that!

And there may be a logical explanation for all of this:

Though Alaska authorities aren’t totally sure what’s going on, they have a solid working theory. Hungry gulls are likely scooping adult lampreys—which have returned to a nearby river to spawn—and then dropping them when the squirmy fish prove too unwieldy to fly with, according to the Alaska fish and game department.

Yeah, or that’s just what the lampreys want you to think. THINK ABOUT IT.