Just like you, NASA wants to send your kids to Mars -- but for different reasons 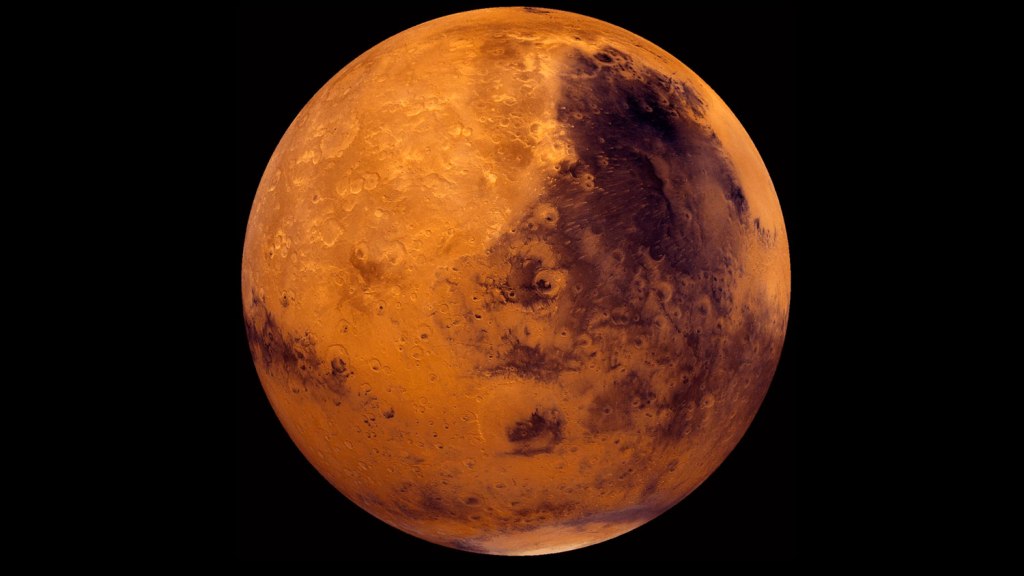 Just like you, NASA wants to send your kids to Mars — but for different reasons

Fear not, humanity — NASA says it’s on track to put humans on Mars sometime in the 2030s, which is roughly when we should know whether we’ve totally screwed this planet, or only kinda.

“This plan is clear, this plan is affordable and this plan is sustainable […]. I’ve spent my entire life being 20 to 30 years away from going to Mars, and I think we’re incredibly closer today.”

That’s NASA Administrator Charles Bolden, giving his opening remarks at the Humans to Mars Summit happening today through Friday in Washington D.C. Bolden is so confident, in fact, that he tried to pressure a little girl into saying that she’d go to Mars, according to Forbes: “Please say yes, I promise we’re gonna bring you back … Have faith, we’re gonna get there.” (Yikes. You’ve got a little of that creepy man-in-the-white-van vibe going there, Bolden.)

Last month, at a hearing of the U.S. House Committee on Science, Space and Technology, Bolden explained why studying Mars was important for understanding Earth (he also totally owned Ted Cruz when the republican senator accused NASA of spending too much time on climate change research, but that’s a whole ‘nother story). Here’s Forbes again:

“We need to understand Mars and what happened to it to understand what might happen to Earth,” Bolden said, referring to scientists’ understanding that perhaps Mars once harbored a large water ocean in the past and may have even been habitable, but at some point the red planet stopped generating its own magnetic field, causing its atmosphere and much of its water to be lost to space.

“Mars is the planet that is most like earth,” Bolden added, explaining how earlier conditions there may have once sustained life long ago, and perhaps still today in some form. “And it will sustain life when humans get there in the 2030s.”

If you want to check out what’s going on at the summit, you can tune in to the live stream below. Speakers will be talking about everything from the affordability of sending humans to Mars (gotta be cheaper than sending them to Manhattan, amirite?) to the tech required for such a mission to the possibility of finding Martian life. There will also be a bunch of sci-fi writers there on Friday to talk about — oh, I don’t know — maybe how cool it is that their life’s work is becoming a reality.

Oh, and Buzz Aldrin will be there, too, because if you don’t invite Buzz Aldrin to your humans-in-space event, NASA will send you to Mars.