Rupert Murdoch and 21st Century Fox recently purchased a majority stake in the beloved science magazine National Geographic, which has done groundbreaking coverage of climate change over the years.

Should you be worried? Well, maybe. In the last few years, Murdoch has been famously dismissive of climate change, even self-identifying as a climate skeptic on Twitter last month. (He wasn’t always so skeptical. Back in 2007, when it was fashionable for conservatives to talk about climate solutions, Murdoch told Grist, “We want to help solve the climate problem.” But then the conservative winds shifted and Murdoch’s views shifted right along with them.)

So it’ll be interesting to see what happens at National Geographic with Murdoch holding the purse strings. And by interesting, we mean depressing.

Over at The Toast, Mallory Ortberg has predicted future cover stories we might see in the magazine now that Rupert Murdoch owns it. Our favorites?

We couldn’t resist creating a mock-up cover with a few of her headlines: 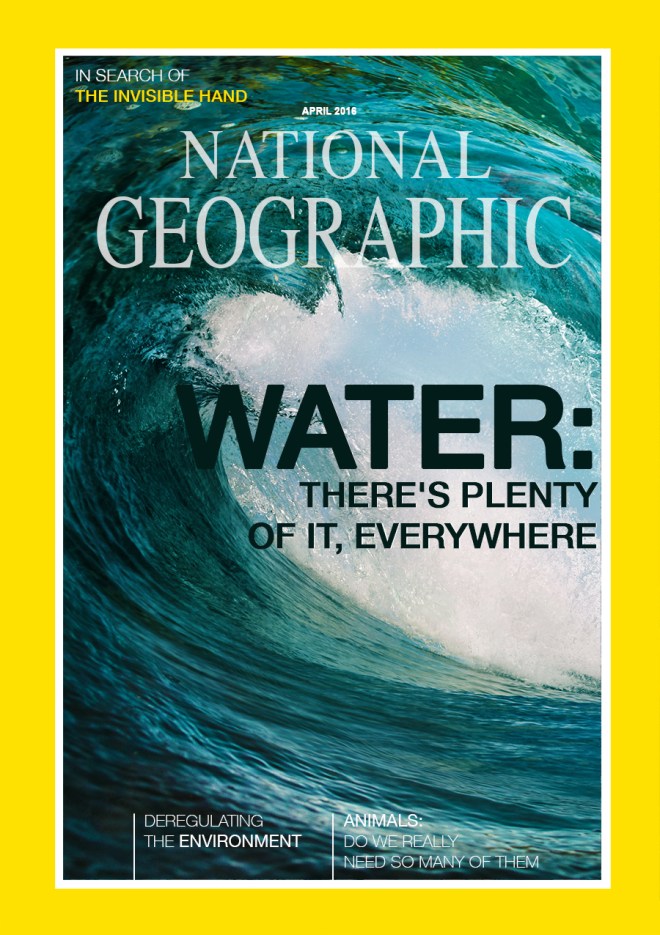 Three cheers to Ortberg for finding the humor in a dark situation — and while you’ve got out the booze, pour one out for Nat Geo. It’s been a good 125 years, old friend. We’ll miss you.

Dealing with the rational fear about GMOs and global catastrophe