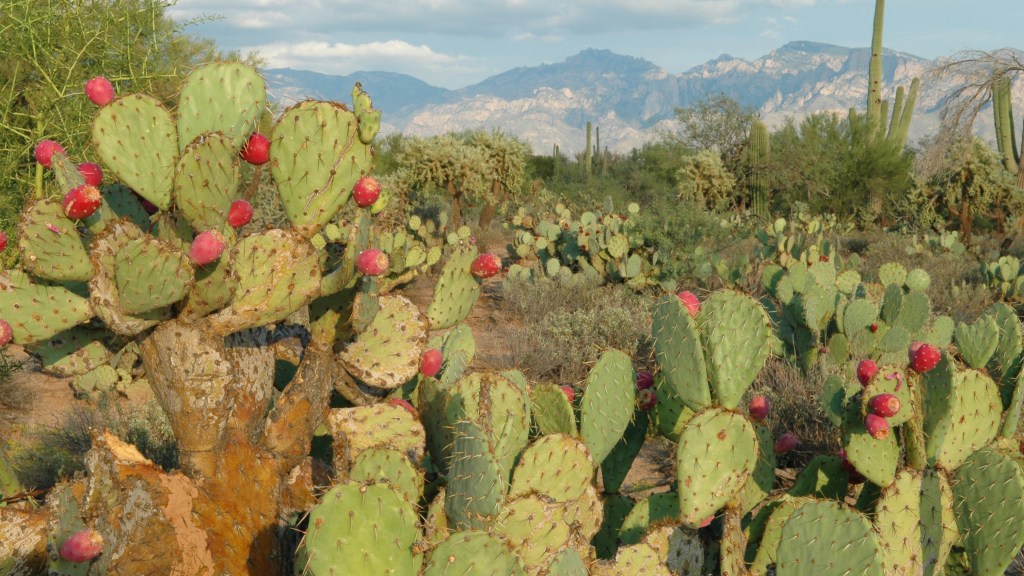 Shutterstock
The little cacti that could

There are major issues with using food crops like corn and sugarcane for biofuels, including the fact they eat up farmland that could be otherwise used for growing food. But emerging research shows that other types of plants, specifically plants that grow on arid land like prickly pear cactus, could be turned into gasoline, too.

Up to 18 percent of the world’s landscape is made up of semi-arid land, much of it unusable for farming. With cactus, you’re not taking away prime food-growing land to grow fuel.

And think about all that water conservation! Cacti don’t need much water to thrive (duh) because the plant stores carbon dioxide at night to fuel photosynthesis by day. Not much water is lost in the process thanks to a nifty little phenomenon called the crassulacean acid metabolism (CAM) system.

Chemistry World has the story:

Bioenergy entrepreneur Mike Mason, who led the work, explains that electricity production from biogas is incredibly flexible, ‘you can bring it up or down as demand goes up and down. The problem is that there isn’t much resource to turn into biogas and it’s horribly expensive.’ But CAM plants, which can be grown cheaply on marginal land, have the potential to change this.

Mason estimates that it would take between 4% and 12% of available semi-arid land to generate 5PWh of electricity per year, equivalent to that generated from natural gas. The products of anaerobic digestion, nutrient rich wastewater and solid digestate, can be re-used for irrigation or as fertilisers. The wastewater could also be used for highly productive forms of aquaculture – potentially increasing food production from land growing biofuels instead of decreasing it.

While we’re wary of the idea of turning our deserts into industrial cacti farms, we also don’t want the entire planet to dry up into a giant, oil-streaked desert. Cacti, the little plants that could!