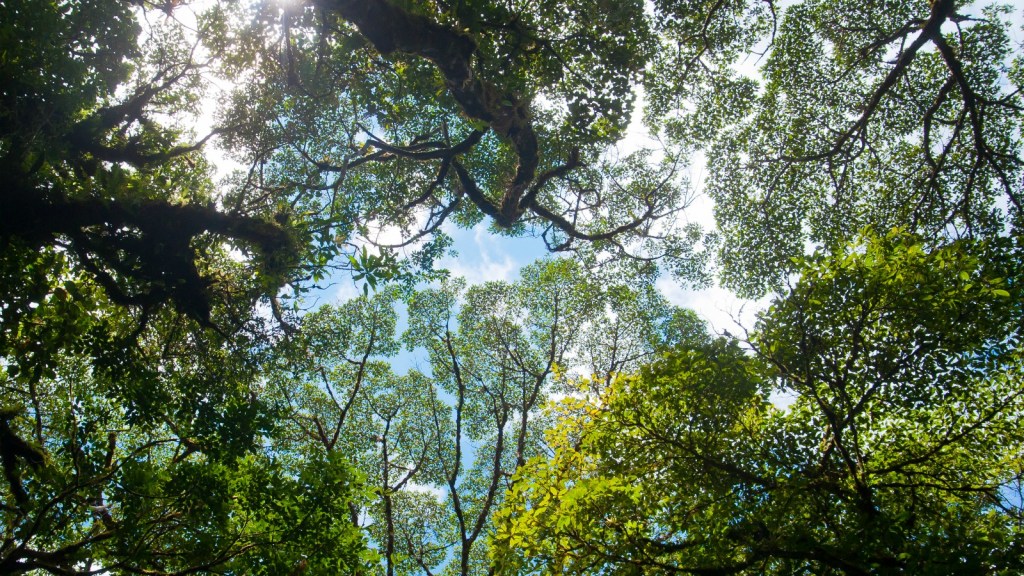 Trees have been making a valiant effort to gobble up the carbon dioxide we’ve been haphazardly spewing into the atmosphere — and you might think that, by now, we should have a pretty good estimate of how much CO2 our planet’s forests hold.

But it turns out that we don’t. Without a clear map of the world’s woodsy vegetation, scientists can’t make accurate predictions about, say, how much CO2 would leak into our atmosphere if someone hacked down a given forest, or how much carbon pollution could be sequestered by replanting one.

To give us more solid estimates, NASA is creating the first comprehensive 3D visualization of the world’s forests, using the coolest mapping tools known to humanity: satellites and lasers.

Here’s how it works: A satellite sends a pulse of light from space all the way to the Earth’s surface, where it passes through a forest’s canopy. Then, a small fraction of that light, called a “return pulse,” will reflect back to the satellite.

The time that it takes the return pulse to travel back to the satellite is a measure of how far it has traveled, meaning we can measure the height of the object the pulse reflected off of, to within three feet of accuracy. Plus, depending what kind of material the pulse reflected against, the signal is slightly modified — so if the light encounters a leafy tree top or a woody trunk, that information will be conveyed back to the satellite detector, too.

This is called “lidar technology,” and the information gathered from that pulse will allow scientists to visualize subtle variations in the architecture of our forests. With 16 billion of these pulses sent from the satellite each year, scientists may finally have enough data to accurately measure the biomass of the world’s trees — and in turn, how much carbon they contain.

The mission, called GEDI (Global Ecosystem Dynamics Investigation), is planned for 2018. But NASA isn’t exactly going out on a limb here — the organization has tangoed with lidar technology before, Scientific American points out, and this isn’t even its first foray into tree cartography.

Satellite data isn’t the antidote to Earth’s myriad ailments — but it will provide us with more clarity in tackling them. In just a couple years, it looks like we’ll know the world’s trees like the back of our hand (although I guess some of us already have trees tattooed on the back of our hands). NASA’s mission will be key to unlocking the door to better forest mapping techniques, and to better forest management policies.