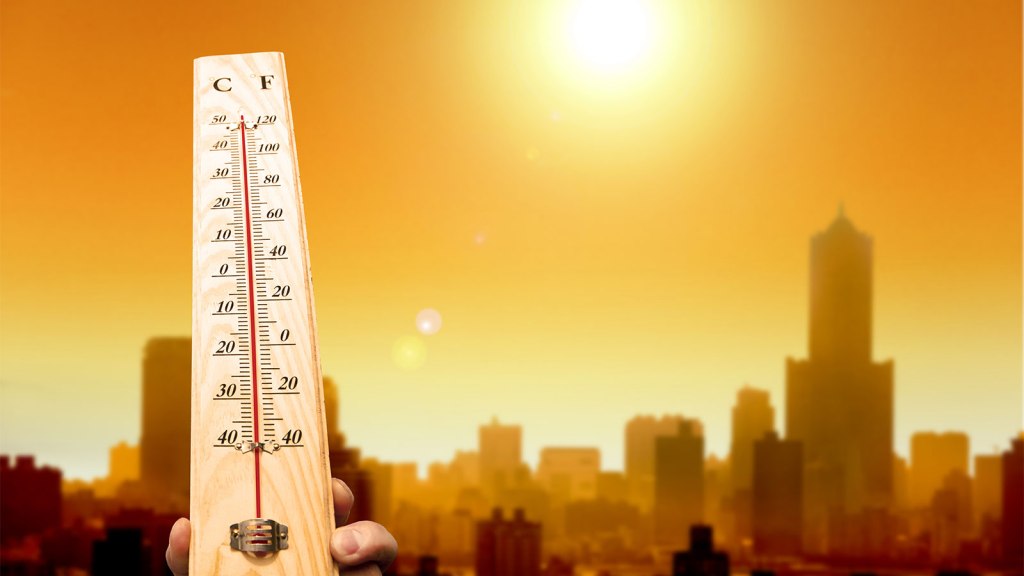 “The bottom line is that things are not that complicated.”

That’s Reto Knutti, head of the Climate Physics Group at the Swiss Federal Institute of Technology in Zurich, speaking with The New York Times. And that warm feeling inside of you is the satisfaction of knowing that you’re about to understand some science!

Take a moment to savor that feeling. Knutti is a climate scientist, after all, so we know that whatever he says next is going to be a huge downer:

Wow, dude — that’s not science, that’s poetry. (Except that it is science, and the subject of a new paper that Knutti and his colleague Erich M. Fischer published yesterday in the journal Nature Climate Change.)

Using global climate models to simulate past and future warming scenarios, the duo set out to understand how anthropogenic climate change has and will continue to increase extreme heat and precipitation events — the hotter days and wetter air that Knutti was talking about.

Projecting forward, they found that with warming kept under 3 degrees Fahrenheit, heat extremes could be 14 times more frequent than they were in pre-industrial times — which sounds bad, but not as bad as the 62-fold increase we could see if warming surpasses 5 degrees. Precipitation extremes, meanwhile, won’t increase quite as much. With 3 to 4 degrees of warming, what were 1-in-30 year events could be happening more like once every 10 or 20 years by the end of the century.

If you’re having some deja vu, it’s probably because scientists already knew about this unfortunate tie between global warming and extreme weather — but this is one of the first global forecasts predicting how these extreme events will change by the end of the century, says the Times.

All that being said — we all know better than to attribute any single weather event to climate change, right? Climate change just increases the likelihood of an event. Here’s how the Knutti and Fischer put it:

In a broader context, the approach here is reminiscent of medical studies, where it is not possible to attribute a single fatality from lung cancer to smoking. Instead, a comparison of the lung-cancer-related mortality rate in smokers with the rate in non-smokers may allow attribution of the excess mortality to smoking. Likewise, no single weather event exclusively results from anthropogenic influence in a deterministic sense but arises from complex interactions of atmospheric dynamics, local boundary layer and land-surface interaction and potentially anomalous sea-ice and ocean conditions.