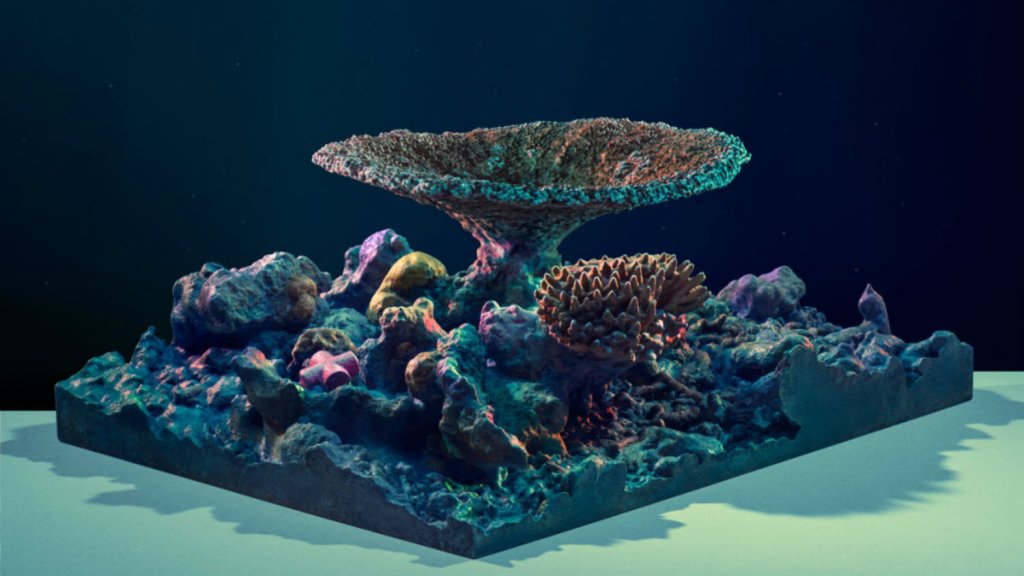 We live in a time of strange contradictions: Many of us carry around highly sophisticated, GPS- and camera-equipped supercomputers just to play 2048 on the bus, while a lot of science is still limited by rudimentary tools and a lack of information. This is especially true for marine sciences (perhaps in part because water and electronics don’t always play well together). From Wired:

“It’s crazy how behind the times we are,” says Sly Lee, a former biological science technician for the US National Park Service and founder of the Hydrous, a science communication non-profit. “We can decode coral genomes, but we can’t accurately track how fast the corals are degrading.”

Part of the problem with keeping track of coral degradation is that we lack a good yardstick — how do you measure the size of an irregularly shaped, many-branched staghorn colony? How do you track the exact hue from healthy to bleached? At the moment, it usually involves a literal yardstick — scuba diving scientists use measuring tapes to survey huge patches of irregular coral.

So Lee is testing a new way to map individual coral colonies by their size, color, and texture, and create 3D models that scientists can examine cheaply in a lab. Last winter, Lee went to the Maldives — site of a recent large bleaching event — to test his new tool:

Lee dove with a waterproof camera to take nearly 200,000 images of the reefs from every angle. Then he uploaded the photos to Autodesk rendering software, stitching them together into a high-resolution model. Later this year, he’ll return to the same corals, then use the before-and-after visualizations to see exactly how they have fared.

Here’s a video of one table coral modeled in Lee’s software:

Once the software is online and openly accessible, anyone should be able to upload their coral footage to the system. So hello, waterproof casing, goodbye, guestimation.