Shortly after part one of the latest IPCC report came out back in September 2013, scientists gathered at the Royal Society in London to discuss the 1,552-page opus like a bunch of gossips around the latest People Magazine. Journalist Leo Hickman was at the two-day conference and, as he writes in this month’s Nature Climate Change, recalls the U.K. chief scientific advisor at one point standing in front of the crowd and saying, “Science is not finished until it’s communicated.”

Indeed, as complicated as climate science is, the problem of how to communicate said science can sometimes seem even more complicated — which is a pretty big problem, considering that the fate of our species rests on how well we understand this stuff.

So to get a sense of how the media’s doing with its coverage of climate change, a group of researchers from the University of Exeter (plus one dude from the University of Colorado-Boulder) decided to assess how various news outlets in both the U.S. and the U.K. covered the latest 3-part IPCC report (parts two and three came out in March and April of 2014, respectively).

Here’s the short version of their results: The U.K. had way more coverage than the U.S.; both countries appeared to lose interest by the third installment of the report; the Guardian was the overall shining star, which is maybe not surprising given its recent declaration of war on climate change; news outlets are drawn to dramatic narratives (but isn’t this all just one big dramatic narrative?) and human interest angles (ditto); and there’s been a notable lack of interest in the media on how climate change will impact human health.

The researchers looked specifically at stories that came out during the two weeks surrounding each of the three releases. They assessed both the amount of coverage and the content of the coverage, which they refer to as its “frame.”

Here’s what the researchers found: 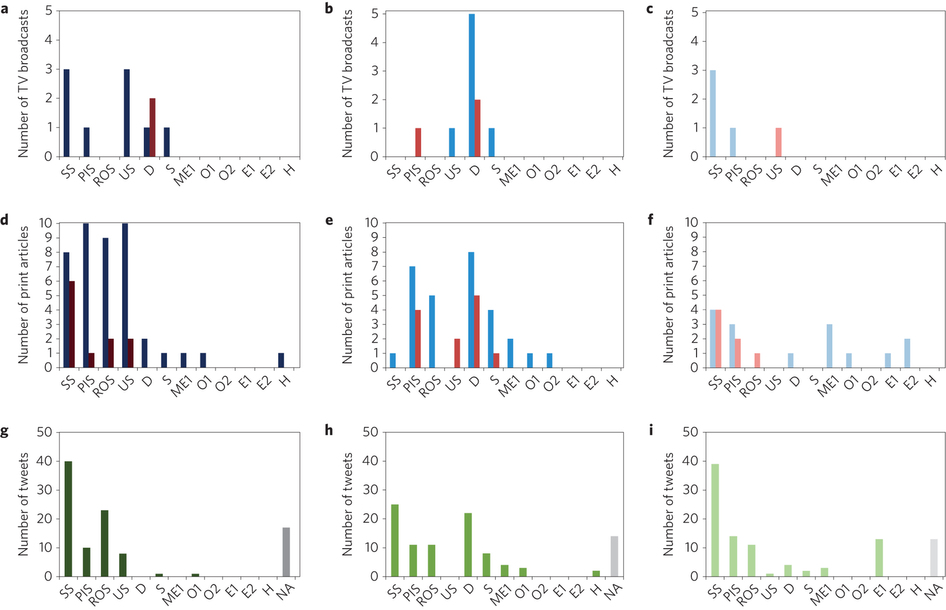 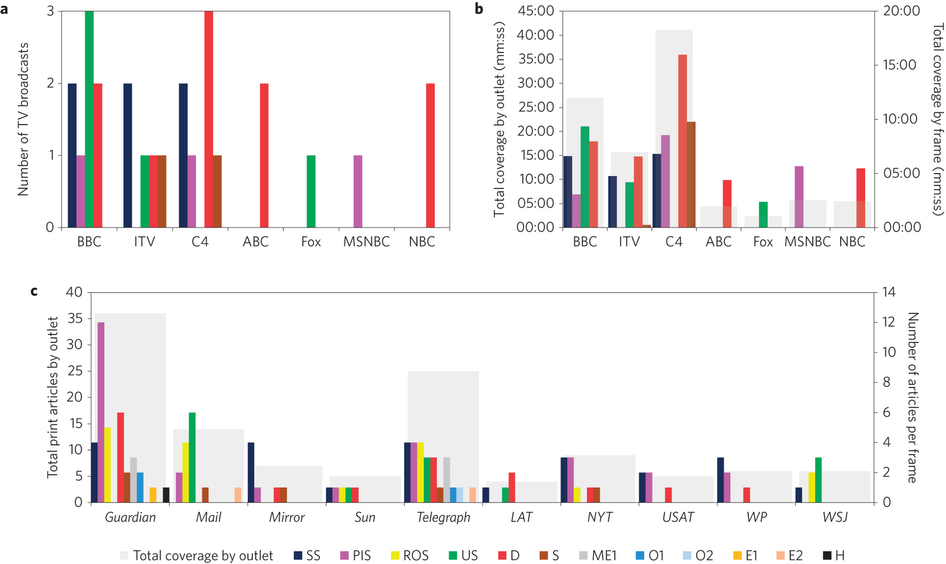 The researchers also looked at Twitter activity during the three two-week periods, zeroing in on relevant hashtags like #climatechange, #globalwarming, and #IPCC. While the “settled science” frame seemed to dominate the Twitter discussion, the researchers concluded that: “The Twitter findings emphasize the need for further research on Twitter communities of practice and tweet content.” Basically, Twitter is a mystery, and let’s move on. (But actually, the IPCC report got a good amount of attention on Twitter, so it’s worth eventually figuring out Twitter’s role in all of this.)

Ultimately, this kind of assessment could help both scientists and journalists better communicate these kinds of big reports. It’s clear, for example, that the three-tiered release can result in waning interest over time, especially if the last release comes only two weeks after the second. Future studies should look at media coverage in other, non-English-speaking countries and assess how different frames have different impacts on consumers.

The researchers also point out that artists and filmmakers, in addition to journalists, could help pull compelling narratives out of all that science. In that spirit, I propose that the next big climate change report be followed not by a two-day conference where scientists nerd out, but rather by dozens of one-night conferences in bars around the world. Scientists, journalists, artists, filmmakers, and any other masochists interested in climate change communication will be welcome to attend, and surely, by closing time, they’ll have dug up a compelling narrative — or twenty.