This philosopher has a new definition of "nature," and it includes traffic jams 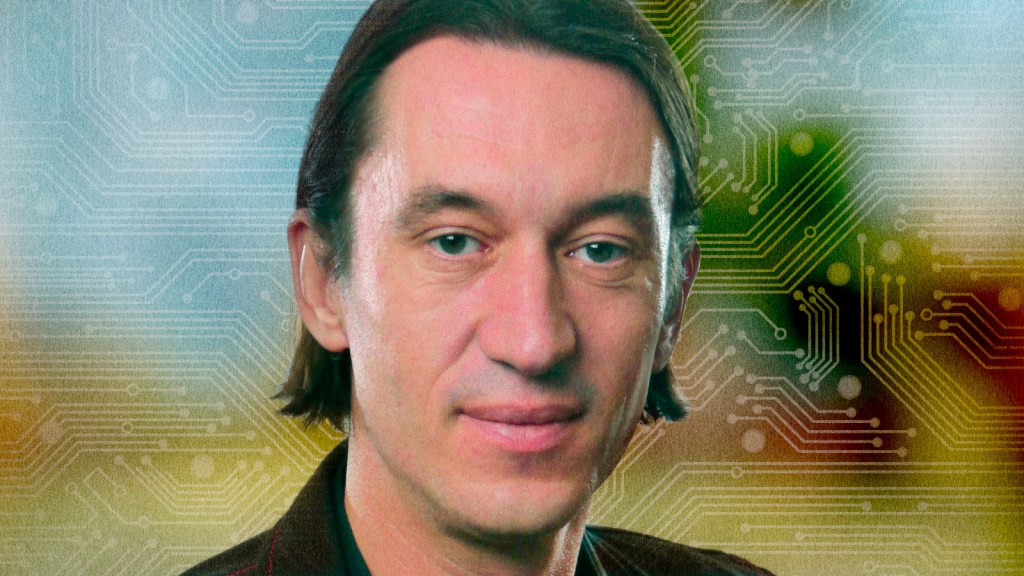 It’s Aug. 27, 2028 — my 39th birthday — and I have a reservation for six at the the newly opened Bistro In Vitro in the Netherlands. I’m bringing my parents and brother and my two best friends, Malia Obama and Elon Musk. On the menu: lab-grown sweetbread, multicolored magic meatballs, and tapioca-like “lab pearls” filled with animal fat. I’m wearing a new smoke dress, my favorite pair of programmable heels, which I’ve set to three inches, and a Google Nose to enhance my sense of smell. This dinner has been 13 years in the making, so I plan to enjoy the hell out of it.

Of course, none of this is likely to happen, though it could (Malia and Elon, call me). And for philosopher and technologist Koert van Mensvoort, that’s reason enough to let the imagination run wild.

“I sense that we are sort of sleepwalking into our technological future,” van Mensvoort says. “Technology has this dynamic of its own, and often people are left behind.” By playing around with possible futures, he says, he can stoke the imagination and give people a chance to think about what we do and don’t want to see in the world. After all, most of us hope to live in a future that doesn’t suck, but to get there, van Mensvoort implies, we have to imagine it first.

A native of the Netherlands, van Mensvoort holds masters degrees in art and computer science and a PhD in industrial design. For roughly the past 15 years, he and his collaborators have been designing those possible futures by, for example, building a website for a fictional restaurant that serves sustainable, lab-grown meat alternatives, or inventing a fake company that makes sneakers out of genetically engineered stingray skin, or designing an online marketplace that sells futuristic goods like dresses made of programmable vapor, paint that changes colors, health-monitoring contact lenses, and paper grown from human skin cells.

And if some of these ideas seem off-putting, then that’s OK — maybe they’re just not a part of your ideal future. Ultimately, everything that van Mensvoort and his collaborators do is an exploration of what he calls Next Nature — a philosophical concept that redefines technology as part of nature, and thus insists that we progress in such a way that the two can coexist.

Article continues below
More in this series
Nature and technology are merging. What does that mean for sustainability?
This synthetic biology explainer involves Legos, Mark Ruffalo, and skateboards. Watch it
Are microbes about to remake manufacturing? This synthetic biologist thinks so

“If we are going to solve those issues of climate change — deforestation, rapid urbanization, decrease of biodiversity — all those things, then I believe it helps to take one step back and think: ‘OK — what actually is our notion of nature and how is the relationship between the biosphere and the technosphere developing?’”

As a philosopher, van Mensvoort has always been interested in the ways that media and technology impact people. One of his earliest works was a TV documentary that explores how we’ve come to experience the world almost entirely through our products and technologies. In it, a little girl goes outside and tells her father that the woods smell of shampoo.

But other than a general curiosity about the difference between products of “culture” and products of “nature” — the way a flower, for example, would die after a week, but a chair wouldn’t — van Mensvoort says, environmentalism was never a primary focus of his work.

Until about 10 years ago, that is, when he realized that nature and culture had begun to collide. It was already clear how much we’d incorporated the natural world into the built one, he says — alligators on polo shirts, streams on water bottles, “all natural” this, “eco-friendly” that — but suddenly, technology was also starting to encroach on and turn into nature.

“It felt like discovering a world,” he says — one where wilderness no longer refers exclusively to those parts of the planet untouched by humans, but also to the so-called “technosphere” that we’ve wrapped around it. One where the line between things that are born — a forest, bacteria, red pandas — and things that we make — a city, computer chips, highway systems — begins to blur.

In an essay titled “Real Nature is Not Green,” van Mensvoort describes this “next nature” as something defined less by how it comes into this world and more by how it behaves:

Insofar as we still wish to make a distinction between nature and culture, we will draw the line between ‘controllable’ and ‘autonomous.’ Culture is that which we control. Nature is all those things that have an autonomous quality and fall outside the scope of human power. In this new classification, greenhouse tomatoes belong to the cultural category, whereas computer viruses and the traffic-jams on our roads can be considered as natural phenomena.

So a park with perfectly manicured grass and flower beds? Culture. That 50-lane traffic jam in Beijing last month? Nature.

The problem, van Mensvoort says, is that we’ve been operating as though we’re not part of — or don’t need — nature. Hence, our cities, food sources, and energy systems are incredibly unsustainable. But if we instead embraced this vision of human technologies  as part of and dependent on the rest of Earth’s systems, then, at least in theory, we’d have no choice but to respect those systems.

To develop this Next Nature concept, van Mensvoort consulted with people from all walks of life — philosophers, technologists, environmentalists, designers, artists, architects. The idea was so new to him, he says, that it took a while just to come up with the words that he needed to explain it to people.

But now, about 10 years after he first started thinking about Next Nature, van Mensvoort is ready to put the philosophy to use with the Next Nature Network (NNN). According to its website, the NNN is a “21st century nature organization that wants to go forward — not back — to nature. We stir debate, create events, exhibition, publications and products that bring biology and technology into balance. Because ultimately, we may not just have to save the pandas but the people too.”

People can join the network for an annual fee of 25 euro — about $28. Fees go toward research and projects hosted by the NNN, and members receive a yearly gift from the organization. Non-members can also support the organization by shopping in the NNN store for, say, a bottle of “nano wine” or a T-shirt covered in corporate animal logos.

For van Mensvoort, the network is a platform for his future speculations. But the point, he says, is not to invent “crazy year 3000” visions, but rather to propose speculative designs that have some plausibility, however small. For example, every menu item at the hypothetical Bistro In Vitro comes with a star rating — one star meaning way out there, five stars meaning possible with current technology. Similarly, every hypothetical item in his online marketplace — even the smoke dress — lies somewhere on a feasibility spectrum.

Van Mensvoort’s latest idea is an “eco currency” that would represent the monetary value of the environment. So a farmer, for example, could earn so-called ECOs for maintaining a patch of forest, or a marine scientist could earn ECOs for conducting research on coral reefs.

Just like other currencies, the ECO would be exchangeable, and the value of the ECO would fluctuate over time. For example, if people start planting trees like crazy, the amount of ECOs one would get for planting more trees would go down, and some other action would become more valuable in comparison: cleaning up an oil spill, say, or figuring out what to do with all of our electronic waste. Van Mensvoort says that by connecting the economy to the environment in this way, we could finally stop the former from ruthlessly feeding on the latter.

And unlike some of his more outlandish ideas — Glow in the Dog Shit or Chameleon Skin — the ECO is something that van Mensvoort says he’d actually like to see happen. Last month, in a gesture marking the official launch of the Next Nature movement, van Mensvoort presented the first symbolic ECO to an Indonesian artist trying to preserve ancient farming practices and rice varieties.

But for now, van Mensvoort says, there are plenty of other, existing technologies that we can use to start realizing the Next Nature vision. We can use the Internet of Things, for example, to help our technologies sense and respond to the environment. We can use nanotechnology to build machines that are less intrusive. And we can use advances in biotechnology and synthetic biology to bring life into the technosphere.

All of this is already happening, van Mensvoort says, but by looking at it through the lens of Next Nature, we can help steer these developments in a positive direction. And as for all the bake ‘n spray, nano socks, and meat paint that don’t exist yet, he says, just talking about the ideas will at least give us a chance to decide what kind of future we want.

“I think we are at a crossroads now, and we have to also find a better guideline for ourselves to decide which technologies we want to accept in our lives and which ones we want to keep out. Because the truly successful technologies become not only accepted, they also become invisible, and ultimately, they become natural. They become part of our human nature.”

I, for one, hope that in 2028, Bistro In Vitro exists and that it takes ECOs. I can’t keep borrowing bitcoins from Elon. 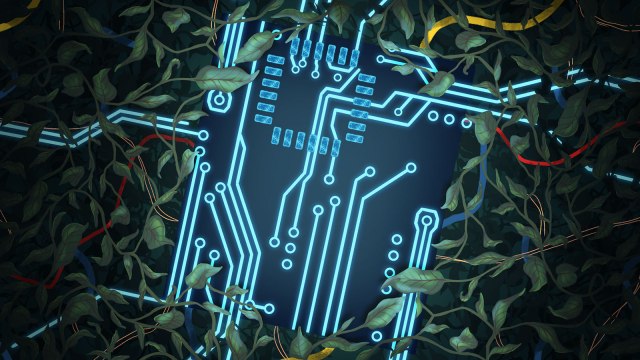 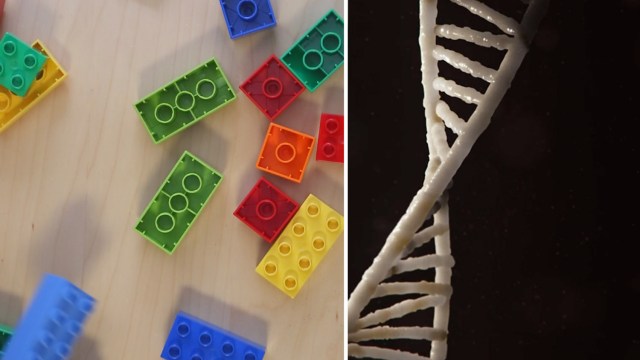 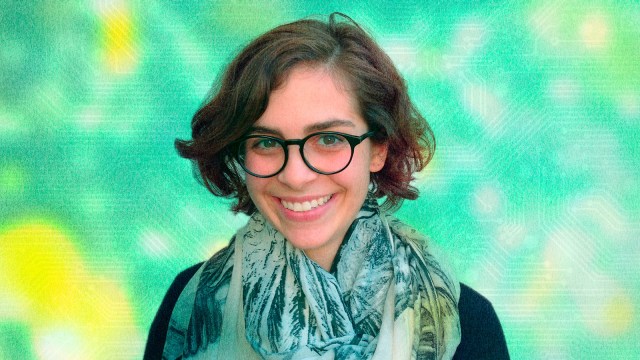