We're basically putting the cast of Finding Nemo in a blender 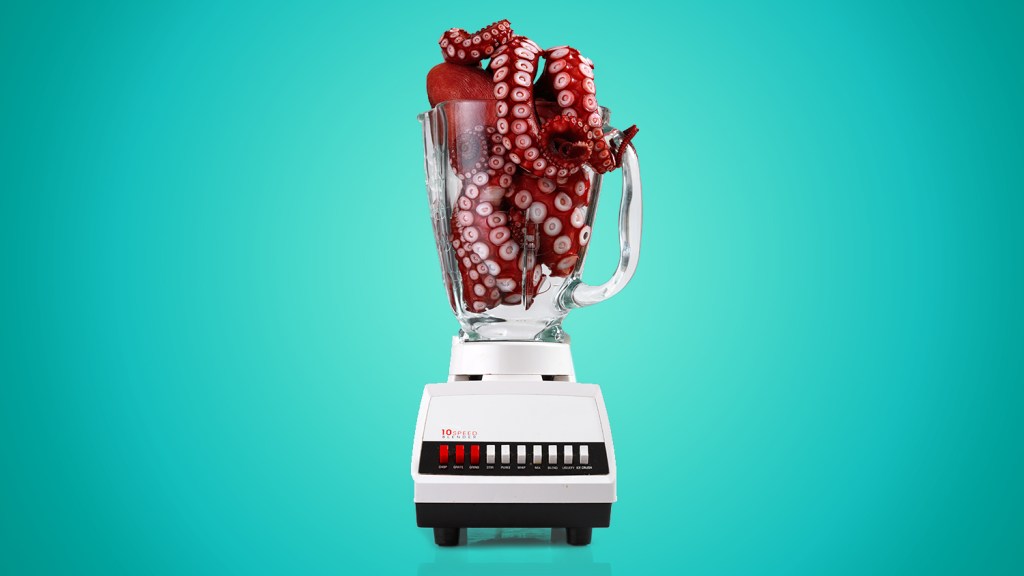 First, there was Finding Nemo. Then, there was Finding Dory. And now, coming to a warm and acidified ocean near you, there’s Finding Squirt’s Thermal Niche, a coming-of-age story about a young sea turtle who fights his way poleward in search of cooler temperatures. Along the way, he learns the true meaning of survival as he goes head to head with other species either on the move or defending their native waters from climate change refugees like Squirt.

Unfortunately, this isn’t a movie plot. It’s real life. Climate change refugees (human or otherwise) are already a growing concern on land, but thanks to rising ocean temperatures, they’re a problem under the sea, too. Here’s more from the New York Times:

According to a 2013 study, marine species are pushing their range boundaries poleward, away from the Equator, at an average speed of 4.5 miles a year. That’s 10 times as faster as the speed at which species on land are moving.

… Global warming is going to reshuffle ocean ecosystems on a scale not seen for millions of years. Marine biologists can’t yet say what these new habitats are going to be like.

“If you put a bunch of species in a blender, you’re not entirely sure what’s going to come out,” said Malin L. Pinsky, a marine biologist at Rutgers University.

Actually, if you put a bunch of sea creatures in a blender, you’d probably get something akin to Soylent, except not as gross.

How all that reshuffling happens will have big ramifications for fish and fishermen alike. In a study published earlier this week in Nature Climate Change, scientists looked at the habitat ranges of more than 13,000 sea creatures to figure out whether and where Squirt et. al. will have to migrate to over the course of this century. From the New York Times:

The researchers noted the warmest and coldest temperatures in which each species has been observed. If the future plays out like the past, the scientists reasoned, each species will probably move in order to stay in its “thermal niche.”

The journey will be easier for some animals than others, the study found. Some will be able to swim through open ocean to escape overheated waters. Others may find their paths blocked by landmasses or shallow seas.

The scientists also compared the projected biodiversity of each region of the ocean in 2100 with that seen today. The tropics will lose a substantial fraction of their species, the researchers found. And there won’t be any new species immigrating into the tropics to take their place.

OK — so maybe Finding Squirt’s Thermal Niche would work better as a dystopian young adult film, rather than a feel-g00d Pixar movie. Picture it: Squirt is now an angsty 18-year-old on bad terms with his father, Crush. The two get separated during the migration, and Squirt falls in with a group of low-life sharks that prey on scared refugees. When the gang comes across Dory — now a homeless drug addict — Squirt has to choose between risking his life to save an old friend and turning his back on everything he once was. Which way will he swim? Will he ever reunite with Crush? Can he find Squiggle, the turtle he’s loved for years but never had the shell to ask out? Or will he just starve to death halfway through the movie?