What happens when wildfire meets permafrost in Alaska? 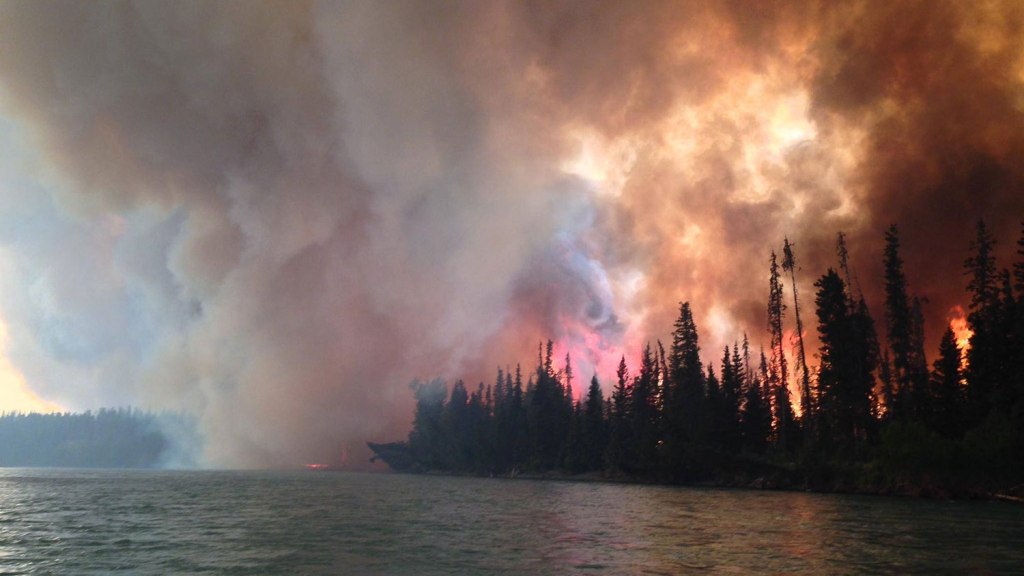 USDA
a song of ice and wildfire

What happens when wildfire meets permafrost in Alaska?

You don’t need a PhD in geochemistry to know that fire and ice don’t play nice together. You do, however, need a degree or two to figure out what the hell that means for Alaska — the icy wonderland currently being engulfed by wildfires. It would be especially nice to know what all that fire is doing to the state’s permafrost — you know, the carbon-stuffed soil that’s supposed to stay frozen all year long (which it may or may not) and probably will contribute somehow to climate change once it starts melting.

The problem isn’t just scorched landscape—though that’s bad enough, to the tune of 3 million acres and 600 fires in Alaska and over 4,000 wildfires in Canada. This year has been exceptionally hot and dry—just ask a Californian—but even so this year’s blazes haven’t yet surpassed the toll of the even fierier 2004. As Sam Harrel, spokesperson for the Alaska Fire Service, puts it in understated terms, “We are on a track for a lot of acres this year.” But the real problem is that the fires could accelerate the melting of permafrost, a layer of ground that’s never supposed to get above freezing. And permafrost is one of Earth’s great storehouses of carbon. Release it, and you speed up climate change.

What ties all that together is “duff,” the thick layer of moss, twigs, needles, and other living or once-living material that blankets the forest floor. Duff can be up to a foot thick, and it provides the insulation that keeps permafrost cold through even the sunny days of summer. But when fire comes along, duff becomes fuel. Burning duff releases carbon too, of course, but losing it is like ripping the insulation out of a refrigerator.

Jon O’Donnell, an ecologist from the National Park Service’s Arctic Network told Wired that certain trees tend to grow in the aftermath of wildfires, and those could help mitigate any carbon released from permafrost. But ultimately, O’Donnell said, scientists just don’t really know how this fire and ice situation is going to play out:

“I don’t think people have fully addressed how all these different components — permafrost and fire and soil and carbon — are connected in one comprehensive way,” he says. “It’s not that people don’t know they exist. It’s a matter of doing the work to quantify it.”

On the bright side, we might soon be able to finally answer the existential question that Robert Frost mused over in his famous poem “Fire and Ice:”

Some say the world will end in fire,
Some say in ice.
From what I’ve tasted of desire
I hold with those who favor fire.
But if it had to perish twice,
I think I know enough of hate
To say that for destruction ice
Is also great
And would suffice.
See: