Yes, you can defend science without being partisan 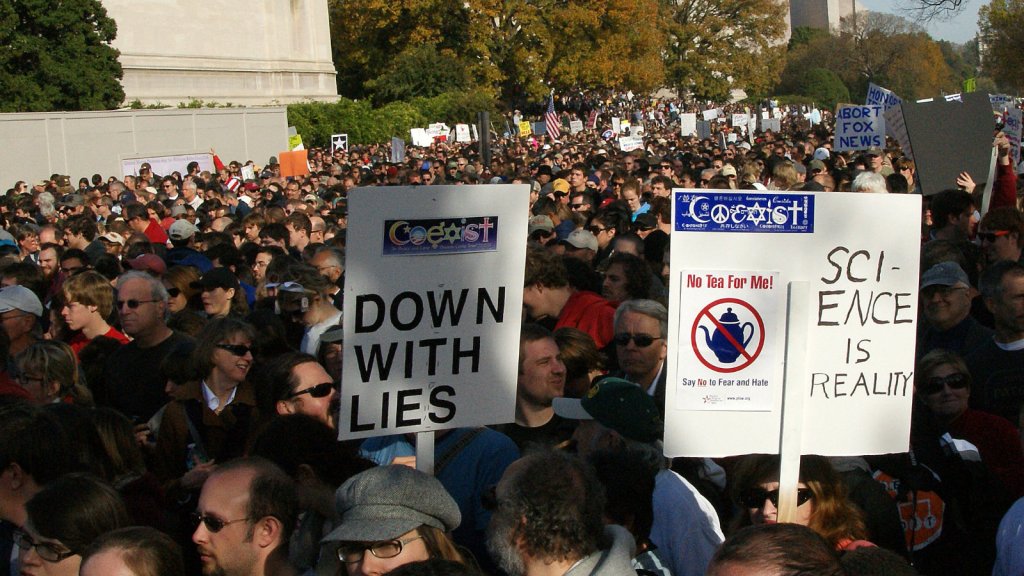 Stephen Little
a matter of facts

Yes, you can defend science without being partisan

The March for Science — happening on April 22 in cities around America and the world — bills itself as a “celebration of science,” but its critics are more likely to see it as a bunch of liberals getting together to bash Donald Trump. Those options aren’t mutually exclusive, either: In recent years, 94 percent of scientists have taken to voting for Democrats, and this administration’s insistence on “alternative facts” poses a special challenge for empiricists.

I wanted to ask a scientist in that non-liberal 6 percent why they might join in the demonstration. The catch: It turns out it’s not exactly easy to track down Republican scientists, let alone one taking part in a march. Eventually, I found my way to Heather Tallis, the lead scientist for strategy innovation for the Nature Conservancy, who identifies as strictly “nonpartisan.”

I wanted to be sure, so I asked, “You went to UC Santa Cruz. You have a nose piercing. Are you sure you’re not a liberal?” No, Tallis assures me she is strictly “non-partisan and not political.” For her, the March for Science is, above all, an opportunity to stand up for her deepest beliefs.

Q. You say that you aren’t liberal or conservative, but nonpartisan. What does that mean to you?

A. It means that we need to work with everyone to meet the challenges they face. [At the Nature Conservancy] we work with the energy sector to find ways for it to grow and advance without making nature suffer. We work with farmers to improve soil health that’s better for them, better for the climate, and better for the environment. Those partnerships are agnostic to party lines.

Q. The concern about this march from Trump supporters, and some scientists, is that this isn’t an objective critique, that every march is driven by partisan passions. What’s your response to that?

A. Science is absolutely an integral part of everybody’s daily life. Every time you go to the doctor or use your phone — that came from science. When we build buildings or fly planes, we can do that because of science.

Q. So for you, this march really isn’t about Trump?

A. I do think there are choices being made that put science at risk of not being able to support our country in the way that it has in the past. But there’s a hopeful way forward where we recognize the value of science and improve things, like the current budget.

Q. This notion that your opinions, and your vote, should shift — it doesn’t come naturally to humans. How did you get comfortable inhabiting a fluid political identity?

Q. Do you remember a time that evidence led you to change your mind?

A. Sure. I did research in Washington state with oyster growers and there was an idea that some of the ways of growing oysters could damage salmon habitat. We went into that project with a hypothesis about which methods would be better for salmon and the data showed that we were wrong. The best method was a different one from what we’d expected, and it was different from what the oyster growers — who were mostly Republicans — thought would be the better practice. Because we had objective data, we were all able to all agree to a method that was better for the environment and was also fine for their economic benefit.

Q. Marching doesn’t fit well with skepticism — it’s hard to commit to action if you want to keep an open mind. Was that an issue for you?

A. There’s just absolutely no question about the value science has to everyone’s life. So it’s not hard for me to say we should defend it. The march itself isn’t intended to have a partisan message — it really is in support of science, and I can easily get behind that.