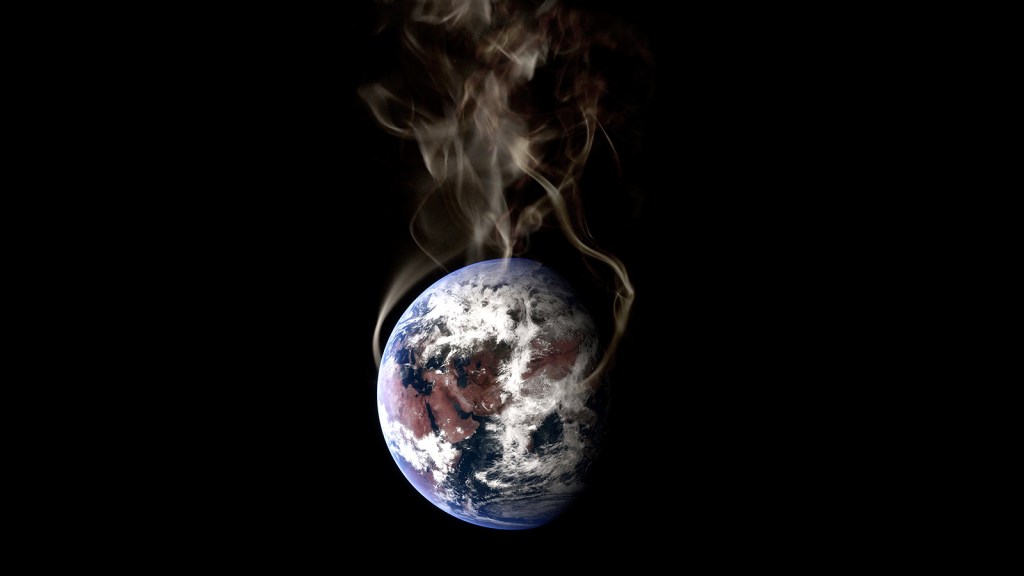 Breaking: Mother Nature has just possessed a bunch of scientists and delivered this urgent message: “If you keep burning all the fossil fuels, I will eliminate the Antarctic ice sheet, drowning most of what you’ve built and causing mass chaos in the process. Oh, and save the damn red pandas, you monsters.”

Mother Nature then dropped the proverbial mic and left the scientists to write this paper, published today in the journal Science Advances. Researchers warn that burning through the currently available fossil fuels will produce enough heat to melt not only the entire Antarctic ice sheet, but all of Earth’s land ice. To get a sense for what that means, here’s The New York Times:

A sea level rise of 200 feet would put almost all of Florida, much of Louisiana and Texas, the entire East Coast of the United States, large parts of Britain, much of the European Plain, and huge parts of coastal Asia under water. The cities lost would include Miami, New Orleans, Houston, Washington, New York, Amsterdam, Stockholm, London, Paris, Berlin, Venice, Buenos Aires, Beijing, Shanghai, Sydney, Rome and Tokyo.

It would take about a century for serious melting to get underway, but once it does, The New York Times reports, half of the Antarctic ice sheet could disappear in just a thousand years. That might seem like a long time, but it was a surprise to the scientists. Ken Caldeira, a researcher at Stanford and one of the study’s coauthors told the Times: “I didn’t expect it would go so fast … To melt all of Antarctica, I thought it would take something like 10,000 years.”

Besides melting all the world’s land ice, the roughly 20 degree F rise in the average global temperature would wreak havoc on health, food security, and basic living conditions. That, in turn, would drive large swaths of remaining life on Earth to extinction.

Of course, an easy way to avoid such devastation would be to not burn all of the oil, coal, and natural gas at our fingertips. Unfortunately, idiot politicians and greedy energy companies are making that extremely hard to do. In the mean time, coastal cities can (and are) preparing for the early stages of sea level rise. But if this worst-case scenario plays out, then, well … I know nobody likes to talk about this, but if the most important hubs of civilization go under, then all those grizzled off-grid survivalists lurking in the woods will inherit the Earth. And on that point, I’m getting one more message from Mother Nature: