On defense: Cities get serious about climate resilience in 2013 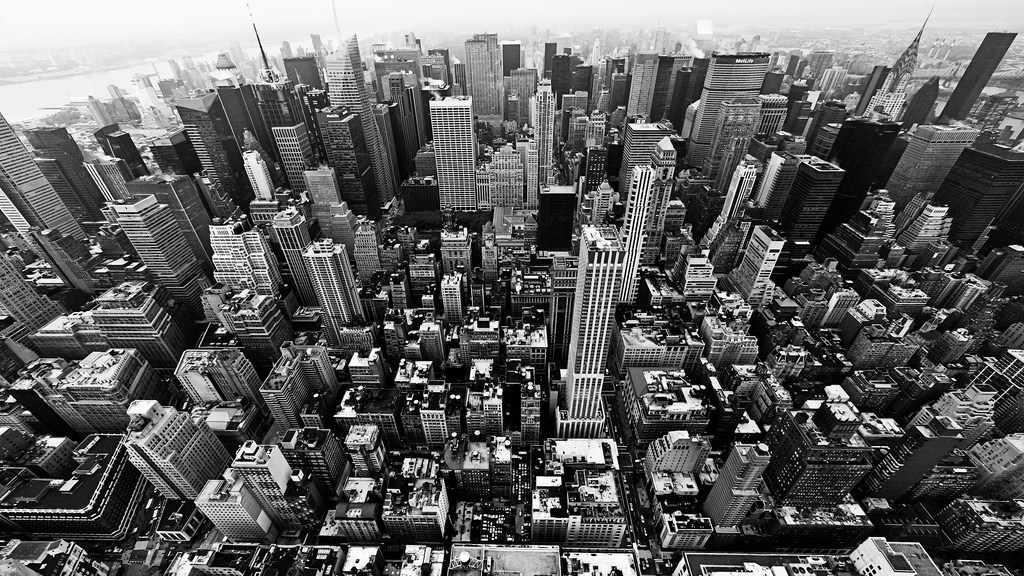 On defense: Cities get serious about climate resilience in 2013

If 2012 was the year a changing climate beat U.S. cities like Apollo beat Rocky, 2013 may go down as the year that urban America hit the meat locker and got serious about defending itself.

Thanks to disasters like Superstorm Sandy, being “green” is no longer just a tired trend. The notion of becoming “environmentally friendly” has morphed into a mandate to buttress ourselves against an environment that has become decidedly unfriendly to us.

And the antics in Congress this year make it abundantly clear that, as sustainable communities activist Rob Hopkins told me recently, the cavalry is not coming; it’s up to cities to devise plans for keeping cool in the hot times ahead. We can only pray that the feds will follow the local lead.

Here’s a quick roundup of Grist’s cities coverage from 2013, broken into five acts and peppered with links to stories we ran over the year. Happy reading — and here’s to 2014!

You will recall that the year opened as residents of New York and New Jersey were picking up the pieces after Sandy beat the hell out of the Eastern Seaboard. The superstorm was a major reality check — and not just for the Big Apple, where many residents had forgotten that their hometown occasionally gets taken out by Atlantic hurricanes. We expect that kind of storm along the Gulf Coast; not so much in the nation’s financial and cultural capital.

Sandy was the second major storm to plow through New York in as many years, and as we learned during our retrospective this fall, it wasn’t even the long-feared Big One. Sandy ricocheted into the coast. A direct hit, which will no doubt come eventually, will be much worse, particularly as warmer seas whip up more powerful storms, and rising sea levels bring them to more of our doorsteps.

This year saw more weather extremes, including biblical floods that swept away houses, roads, and bridges in Calgary, Alberta, and Boulder, Colo., a heatwave in Alaska, bitter cold in Florida, and a monstrous typhoon that wreaked massive havoc in the Philippines, killing more than 6,000 people. It’s impossible to blame climate change alone for any of these events, of course, but it certainly made many of them worse, and science tells us they’re signs of things to come.

Act 2 To the barricades!

To the surprise of no one, it was New York City Mayor Mike Bloomberg who took the lead on making cities more hardy to climate-driven disasters. Bloomberg  unveiled a $20 billion plan in June designed to protect his city from storms, floods, and heat waves. A week later, the mayors of Washington, D.C., Denver, Nashville, and 42 other U.S. cities signed a “Resilient Communities for America” agreement, pledging “to prepare and protect their communities from the increasing disasters and disruptions fueled by climate change.”

In some coastal cities, climate resilience will involve building Dutch-style sea walls. Other burgs will need to create more cooling shelters to protect residents from heat waves, or store water for dry times. Mother Nature can be an ally in these efforts: Oyster reefs can dampen storm surges, while trees can cool our streets and take some of the sting out of urban heat island effect. But in some areas, our only option may be to walk away. Both Govs. Andrew Cuomo (N.Y.) and Chris Christie (N.J.) have offered to buy out homeowners whose houses were destroyed by Sandy, returning the land to nature.

Regardless of the form it takes, defending our ever-growing metropolises from climate catastrophe will be one of the defining challenges of our times. This fall, I launched my Underwater Cities blog to track these stories — starting with Miami, a city that Rolling Stone says is on its way to becoming an “American Atlantis.”

Act 3 Protecting the most vulnerable

One of the central challenges in this undertaking will be looking out for the poor, disadvantaged, and underserved people who will suffer the most in a warming world. With this in mind, we’ve launched another blog — Brentin Mock’s Read, Black, and Green.

Mock makes a powerful case that it’s time for civil rights and environmental activists to join forces — a point that is often lost on environmentalists and civil rights leaders alike, although the movements have common roots. Mock’s story about how dirty energy and disempowerment go hand in hand in the Deep South should put any rumors of a post-race America to rest. Meanwhile, the basic legal tenets of environmental justice — to say nothing of civil rights in general — are under attack.

The good news is that long-standing alliances between greens and civil rights activists are growing. On the national level, the NAACP has made climate justice a centerpiece of its ongoing crusade for equality. And environmental and civil rights groups have banded together to oppose a lawsuit that would put even more corporate money into politics.

And there are signs of hope on the local level as well, like in Chicago, where local residents led the fight to shutter two coal-burning power plants. In Baltimore, meanwhile, a community is rallying to fight a trash-burning power plant that has been proposed for a working class neighborhood, less than a mile from several schools.

Lest you think that green is only holding or losing ground in U.S. cities, 2013 also saw notable progress in the effort to make urban areas more sustainable and livable. Cities from San Francisco to Chicago to Washington, D.C., are revitalizing parks, turning industrial brownfields into green ones, and creating new public spaces that turn wastelands into thriving urban spaces. One of our favorite new projects is the 606, a still-in-the-works “sky park” in the Windy City that will make New York’s much ballyhooed High Line look like a punk.

These new green spaces are making more room for critters like crows. And in at least one instance this year, the wildlife took a stand for its urban habitat.

But it’s more than just trees that grow from these green spaces. There’s food, for one. L.A. guerrilla gardener Ron Finley is “growing shit” in median strips. Montreal entrepreneur Mohamed Hage is raising veggies on warehouse roofs. (He’s not alone.) In Chicago, meanwhile, they’re busy cultivating the next crop of urban farmers.

And there’s more popping up between the cracks in the concrete. Lori Rotenberk wrote about a new breed of urban campers who are pitching their tents on rooftops and in back alleys — and a lovely piece about how a community has sprung up around a long-neglected branch of the Chicago River. And in one of my favorite stories of 2013, Ben Adler wrote a “mixtape love letter” to the parks from coast to coast that gave birth to hip hop.

5. Change in the air

The end of the year brought the end of an era in New York City, as Mike Bloomberg moved out of city hall, having built a name for himself as the world’s greenest mayor. (He now plans to take his sustainability crusade worldwide.) His successor, Bill de Blasio, has big shoes to fill. Pittsburgh and L.A. both have eco-minded new mayors as well.

Meanwhile, Cory Booker, the Twitter-obsessed superhero mayor of Newark, N.J., goes to Washington, where he’ll have his work cut out for him in the Senate seat once held by the late Sen. Frank Lautenberg, long one of the greenest members of Congress. And Anthony Foxx steps in as U.S. transportation secretary, promising to pick up where Obama’s transportation first transit-crusading transportation chief, Ray LaHood, left off.

Whether they will be able to accomplish anything in the nation’s increasingly deadlocked and dysfunctional capital remains to be seen. In the meantime, we can take some comfort in knowing that there’s progress being made on the ground: Climate chaos is here, and in the streets and cities, at least, we’re finally getting real about weathering it. Go get ’em, Rocky.