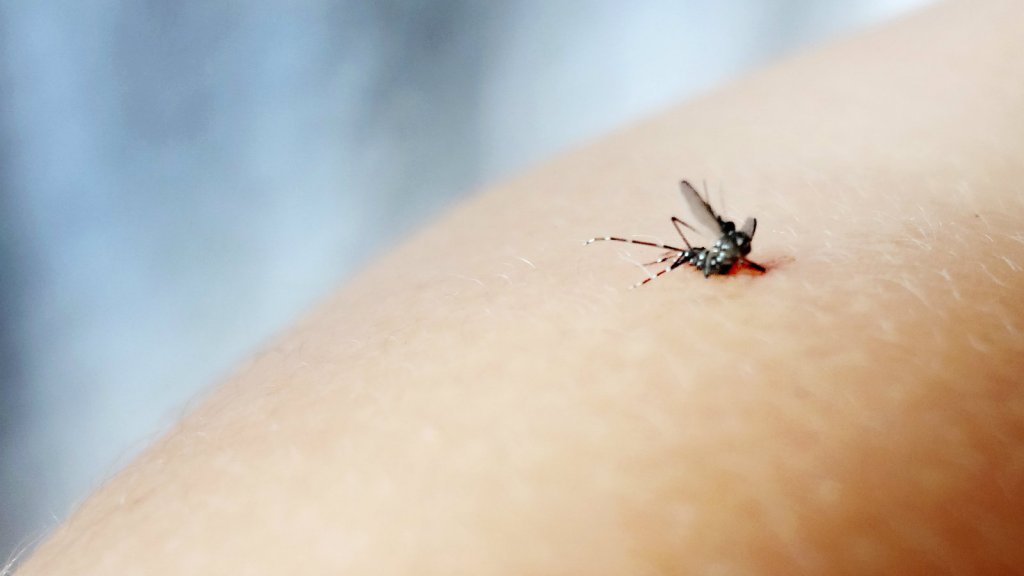 The first case of Zika in the U.S. was diagnosed back in 2013. Oh, you didn’t hear about it? That’s probably because until very recently, the virus was considered harmless, a toothless cousin to dengue, yellow fever, and West Nile. As in: Sometimes it would cause a light rash at most. The symptoms were so mild that many people never realized they’d been sick at all.

Then an upsurge in babies born with microcephaly — unusually small heads, possibly accompanied by brain damage — in Brazil was linked to Zika, which had spread throughout the country without anyone noticing. And suddenly, we found ourselves smack in the middle of a Children of Men-meets-The Handmaid’s Tale dystopia where women, of course, have the most to lose.

Officials in Brazil, Ecuador, Colombia, Jamaica, and El Salvador urged women to avoid or delay pregnancy — evidently by magic, since contraception and abortion can be nearly impossible to access in these predominantly Catholic nations. In Brazil, as many as 1 million illegal abortions are performed every year, with 200,000 women hospitalized from complications. As cases of Zika proliferate around the country — and in other countries — this number is likely to go up.

Of course, all of this has something to do with climate change. We know that viruses like Zika — a flavivirus carried by the Aedes aegypti mosquito — tend to spread as the warming climate opens more territory to the (literal) little buggers, and tend to follow on the heels of drought.

That part may seem counterintuitive, as mosquitoes need water to breed. But the Aedes mosquito relies on small containers like the makeshift vessels people use to store water when it gets scarce and infrastructure fails. Plus, hotter weather causes mosquitoes both to bite and harbor viruses more frequently.

According to Jonathan Patz, director of the Global Health Institute at the University of Wisconsin-Madison, last year was one of the hottest, driest years in Brazil’s history. The country saw 500,000 cases of dengue; presumably, it was suffering from the silent outbreak of Zika at the same time, the effects of which are only being reckoned with now.

In the past decade, outbreaks of flaviviruses like Zika and chikungunya have been recorded in the wake of drought and heat waves in Asia, the South Pacific, and now South and Central America, says Patz. Even West Nile, another flavivirus, established itself in New York in a summer of record-breaking heat in 1999, and then spread west, hop-scotching regional hot spots.

While the current Zika surge in the Americas can’t be tied explicitly to climate change, the broader patterns show these kinds of outbreaks in more and unexpected places. Does that sound familiar? It might remind you of how we’re also going to experience more drought, more flooding, more people fleeing their homes, and more people fighting. These aren’t climate change acting alone, but they are side effects — the reason climate change is known as a “threat multiplier.” If you have a problem on the ground, climate change is almost certain to make it worse.

So, yes, climate change is everyone’s problem — but as we know well, it’s already having an outsize effect on populations that are already at risk. Disease, drought, famine, political instability, and economic hardship are not equal-opportunity problems. Sabine Marx, a research scholar at Columbia University’s Earth Institute, explains that certain groups of people are always more vulnerable to these kinds of peripheral risks: the young, the old, the sick, the poor. In the U.S., those groups make up as much as 50 percent of the population; elsewhere, that number can be even higher.

Zika’s possible effects on fetus development — and all the fearmongering that comes with that — makes it a particularly apt example of how climate change is a women’s issue. While the link between the virus and microcephaly is still inconclusive, it’s not unusual for real or perceived public health crises to take an outsize toll on women. That’s because the onus of preventing pregnancy still lies squarely on women, and public health messaging around Zika has only reinforced that tired dynamic. Women in countries with Zika outbreaks are likely to face some very difficult decisions, with perilous few resources or support.

In fact, women with the fewest resources are more likely to come into contact with the mosquitoes that carry the disease — and they’re also less likely to be able to control if or when they get pregnant. A pregnant woman in these circumstances may not have access to tests that will let her know if she’s been exposed to the virus, or scans to show if her fetuses has been affected. If she wants an abortion, she may have to seek out a dangerous and illegal procedure. And if she can’t end her pregnancy, she could potentially face a life of unaffordable or otherwise unobtainable healthcare for her child.

As Marx points out, Zika is hardly the first disease to make life harder for women in particular, or the most worrying — it’s just the newest, with the snazziest name (no offense, chikungunya). Meanwhile, out of the spotlight, dengue fever is currently the fastest-spreading disease in the world, says Nick Watts, director of the 2015 Lancet Commission on Health and Climate Change. Women who contract dengue fever during pregnancy may have babies that are born early, underweight, or with complications during delivery.

Malaria, a far more deadly disease than Zika, has more severe symptoms in pregnant women than men or non-pregnant women, which can often lead to miscarriage, premature delivery, and, well, death. And according to Marx, pregnant women are more likely to contract malaria because they’re a favorite biting target of the mosquito that carries it. (You prefer mint chocolate chip ice cream to vanilla, and some mosquitoes prefer pregnant blood to non-, I suppose.)

Let’s forget mosquitoes for a second: Just plain ol’ heat can be a risk to pregnant women and their fetuses, since pregnancy already elevates core temperatures. And in Marx’s words: “I would say that pregnant women, embryos/fetuses, and infants are already one of the most vulnerable population because of their marginalized status in many countries.”

At this point, you may be thinking: With threats to pregnant women both more deadly and widespread than Zika, why so much hullabaloo about this flavivirus in particular? Well, for one thing, the evidence for a Zika-microcephaly correlation is quite new and rather dramatic — and we love a shiny new thing to panic over, especially if it seems vaguely foreign.

But do you know what’s also bad for women, pregnant and otherwise? Yellow fever, measles, food-borne illnesses, malnutrition, lack of education, gang violence, and depression, to name just a few. Scary baby-attacking viruses are good fodder for speculative sci-fi plots, but municipal water supply and mosquito netting, while far less sensational, are where the real battles are lost and won.