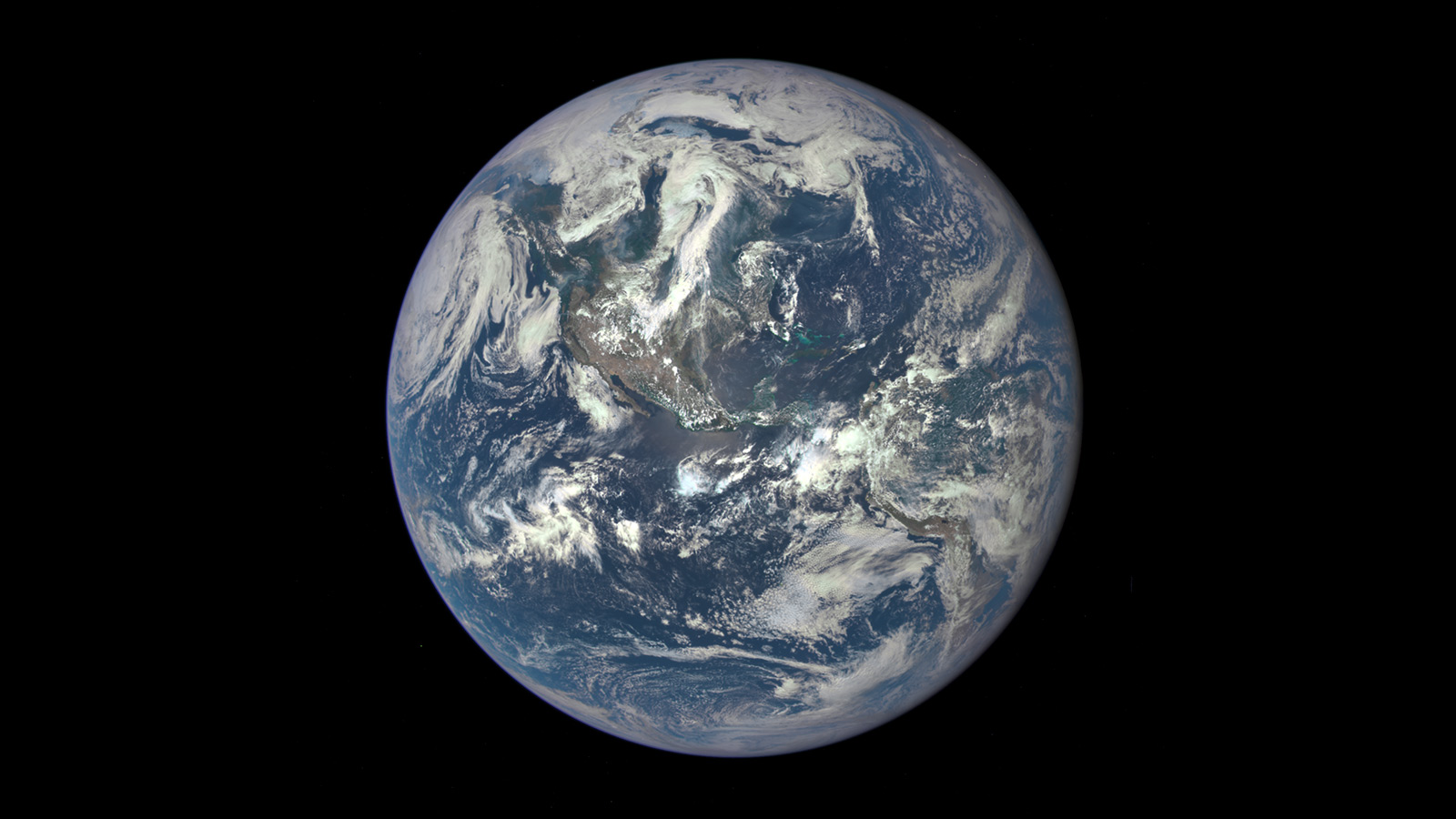 Our climate agenda is inadequate and may even be detrimental to the sort of effort U.S. environmentalists must now undertake. I’d like to offer for comment an alternative “bright lines” framework for climate action, and propose a shift in role and agenda for U.S. environmentalists that takes account of the circumstances in which we find ourselves and squarely faces the almost incomprehensible challenge before us.

Our goal, put starkly and simply, is to prevent the planned investment of $20 trillion over the next 25 years to increase fossil fuel supply, substituting in its place a crash global program — capitalized at the same level — to cut emissions, improve efficiencies, and develop renewables.

The choice should not be viewed, in the frequently invoked Robert Frost imagine, as ” two roads diverged.” The world is committed whole hog to fossil fuels, and there is no other road — yet.

To create one will require restructuring the world’s largest corporations, inventing appealing, low- or zero-carbon consumer products, and convincing the world’s most powerful, nuclear-weapon-equipped nations to leave their reserves of oil, gas, and coal in the ground. We have less than a decade to do it.

Tectonic social change on such a scale is rapid, haphazard, and non-linear. It cannot be achieved in the time left to us by incremental, measured steps. The image of change we should carry in our minds is not Cape Wind or Toyota Prius, but the Berlin Wall crashing down.

No significant steps to taper off fossil fuel will be taken in the near term — not because reasonable people do not want to avert cataclysm, but because they can’t. No matter how committed its leaders, BP cannot go against its nature and swim away from the other fish of its kind. BP must aggressively expand its oil and gas exploration and extractions, even as it rolls out ad campaigns on carbon footprints and stands with U.S. environmentalists to call for action in Congress. Likewise, no matter how enlightened its bureaucrats, China cannot, on its own initiative, stop building coal-fired generators.

If there remains a small window of opportunity, it will be in that moment when things are thrown off kilter — when climate change impacts have started to wreck, rather than merely damage, the structures of civilization. It is not difficult to imagine how abruptly U.S. politics would be changed if Florida were hit by two Katrina-size hurricanes in one season, for example. When the prospect that nation states may be shaken loose from their moorings becomes real, then the world will turn in earnest to a crash program of response.

What form that last effort takes, and whether it will come too late, depends largely on what role the U.S. plays. No functional global solution is possible without the leadership, capital, power, and enterprise of the world’s only superpower. It may not now be possible to move the U.S. into such a course of action, but it is essential that a vision of America mobilized to save the world be framed beforehand.

If we start thinking in such terms, we see that the present U.S. climate agenda is not only inadequate, it is detrimental. Our “Kyoto-Lite” collection of climate campaigns and projects was conceived as an end-run around the Bush administration, aimed at winning reductions in U.S. domestic emissions by environmentalists’ own direct efforts. Its central assumptions have been orthodoxy for so long that we forget what a radical departure they are:

Our values are flexible, but there is an irreducible core that is contradicted by these assumptions:

Abrupt climate change and the host of other eco-catastrophes waiting in the wings will only be addressed when environmental values are adapted in a new definition of global citizenship, entailing conflict with current systems of belief and practice; but the only people paying attention to defining environmental values our adversaries (corporate sponsors of Earth Day), and the terms of conflict are being set by our enemies (Michael Crichton).

The discord between our assumptions and our principles was easily overlooked while we were engaged in brutal political trench warfare over the reality of climate change. But conditions have changed, and the disconnect between what we are doing day to day and what we know in our bones we ought to be doing will increasingly come into sharp relief. Two seismic shifts in the last year started the process.

First, Jim Hansen’s definition of the precautionary standard of global action — a minority view of one when first proposed in 2004 — is now the consensus of precautionary climate science, amply supported by rapid and dramatic climate change impacts. An objective standard (475 ppm limit on concentration of atmospheric carbon) must be met on a clear timeline (less than a decade for global action) to prevent global temperature from increasing more than 1.0ºC/1.8ºF above current levels. Past this point, abrupt climate change is unstoppable and the tale from there on is familiar: Warmer air and oceans cause Antarctic and Greenland ice shelves to disintegrate, sea levels rise faster and higher than anything we can possibly handle, continuity of civilization is placed in jeopardy, and the mass extinction event already underway accelerates.

Second, the readiness of a Democratic-controlled Congress to address climate change in a comprehensive way (regardless of its limited ability to do so) means that U.S. environmentalists are no longer engaged in a debate over climate change reality. We must now offer — to Congress and America — a solution, and we don’t have one. Our present national agenda, enunciated in the Environmental Defense/NRDC A Call to Climate Action, is inadequate policy and politics. Were it adopted in its entirety, the impact on global emissions and temperature trajectories would be minimal. In offering a constricted view of climate action, it does not open the way for effective, U.S.-honchoed global action.

The great danger is that we will win it (under a new president and Congress in 2009), satisfying the political demand for climate action and delaying a full reckoning and true national debate until it is too late. If we accept the bright line nine-year timeframe, there is no room to spend two or three years fighting for limited domestic emissions reductions which will, if won, become the acceptable international standard of action.

The choice before us is to take the risk of cataclysm seriously and act appropriately, or to gloss over it. Taking it seriously is a personal challenge for U.S. environmentalists (to accept the full implications of the nine-year timeframe); an organizational challenge (shouldn’t we be liquidating our assets? the thing will be decided in three or four years, what good will they be if we lose?); an institutional problem (without infrastructure, how do we find each other? how do we come up with a national strategic plan, let alone advance a global one?); and an ideological challenge (enmeshed in practical politics, our advocates must squelch their own deeply held beliefs to do their jobs).

None of these difficulties are external. We have the people, money, brains, reputation, office space, direct action skills, and so on to reshape the direction of U.S. climate action and take a shot at putting a functional global solution on the table. The effort must extend well beyond environmentalists, but as participants at the Yale Conference on Climate Change noted …

…one could see global warming as the animating issue behind a potential new environmentalism: one in which entire ecosystems are at risk, new levels of integration with energy and economic planning must be undertaken, and the relative neglect of American stewardship is thrown into greater relief. Redefining the issue in this way requires stepping back and forging a new vision. So far this has not occurred in the organized environmental community.

That we are operating in changed circumstances has not been fully absorbed, but the brutal climate change realities are beginning to seep into environmentalist culture and thinking. The fabric of our “be worried, but not too worried, we’ve got solutions!” story is starting to fray. This is not only good and right, it is the only basis on which U.S. environmentalists may begin to piece together a potentially successful role and a strategy — one that contemplates bringing the nation to a point of decision between two radical viewpoints, eliminating all comfortable and illusionary middle ground.

Such crystallizing of two irreconcilable visions across a great national divide is comparable in our history only to the Revolution and Abolition. Our role, therefore, may be compared to the Sons of Liberty and the Abolitionists, and our purpose defined as winning the sea change in American political and social view necessary to move the U.S. into leadership of a last minute, last ditch drive by humanity to avert cataclysm.

A plan of action toward this end will be presented in Gristmill in a series of posts. The intent is to move quickly beyond criticism and put forward concrete proposals for model campaigns and programs. The Bright Lines agenda is offered as an open-source strategic plan, engaging others, it is hoped, who are working out practical solutions to the same problems and would benefit from a more clearly defined strategic plan — and are interested in helping to construct one.

(A number of people have taken part in what is best described as a sprawling two-year-long conversation, in which the Bright Lines ideas germinated. I’d like particularly to thank Susan Birmingham, Benson Chiles, Pamela Hathaway and my family, Angela Di Leo, Cynthia Ward, Cynthia VL Ward, and Harold R Ward, all of whom have done yeoman’s work.)

The basic approach of the Bright Lines project

((brightlines_include)) After a decade of brutal political trench warfare, the surreal debate in the U.S. on the reality of climate change is over. A Democratic Congress looking to put climate in play in 2008, serious buy-in for federal regulation from …
Climate & Energy

Here’s what we have to accomplish

((brightlines_include)) The supply-side solution developed in the Bright Lines exercise, drawing on Bill Hare's Greenpeace International paper "Climate Protection: The Carbon Logic" (PDF), won little support from first readers. It is included in this proposal as a concept to be …
Climate & Energy

How to build a real climate movement

What to do now

((brightlines_include)) How climate change is handled in few key areas within the year -- particularly congressional action in 2008 and 2009 and the 2008 presidential election -- will likely set the terms of the U.S. political debate, which for all …
Climate & Energy

A little something to take home with you

((brightlines_include)) It is within the capacity of U.S. environmentalists to refocus our energies on a tougher, more realistic climate agenda. We have the necessary resources, skills (in alumni as well as current staff and leadership), political power, and principles of …