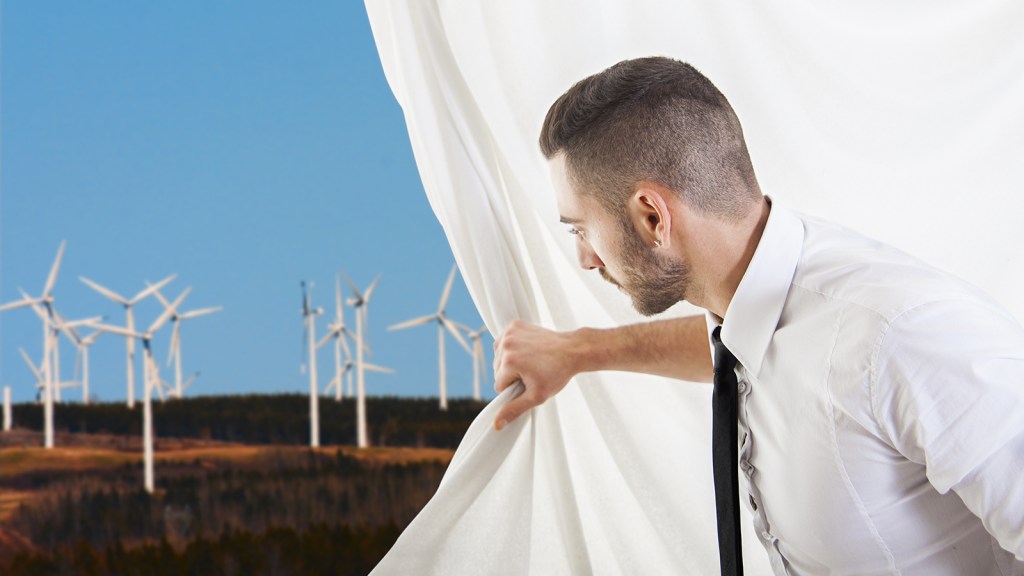 5 cool careers for people with a master’s in sustainability

Only a few days left to Double your gift
This article is published in partnership with:

Turns out, a lot. Pretty much every facet of society is looking to go green these days — not just because it’s cool, but because it’s necessary. The planet is warming, sea levels are rising, politicians are going insane — it’s about to get pretty end-of-the-world-y out there, if we don’t shape up.

So whether you’re interested in the private sector or public sector, outreach or activism, for-profits or nonprofits, there’s a career for you in sustainability. Here’s a list of just five, complete with titles fitting for a true Master of Sustainability:

Special Agent Green (Corporate Sustainability Specialist): Corporate America is directly responsible for many of our environmental woes, so it’s tempting to just shun it as the enemy of sustainability. But if we’re going to build a better future, then we need these companies on our side, which means infiltrating and changing them from within. So if you’ve got some Sydney Bristow in you, then listen up, because business is booming in corporate greenification. A 2013 report from GreenBiz Group showed that the number of companies with full-time sustainability managers went from six in 1990 to 283 in 2012. And a 2012 survey of more than 4,000 corporate leaders found that 70 percent of represented companies had “placed sustainability permanently on their management agendas.” Major companies like GM, DuPont, and HSBC are already on board and their ranks are only going to grow.

The Wise Sage (Consultant): If you fancy yourself more of an Obi-Wan Kenobi type — someone to just swoop in and offer guidance to those lost in the ways of sustainability — then consider a job in consulting. According to a report from The College Board, consulting is currently one of the fastest-growing industries, projected to add up to 835,000 new jobs by 2018, compared to 2008. Not all of these jobs will have to do with sustainability, of course, but a lot of them will. Companies like KPMG are increasingly trying to greenify their operations — and that could mean changes in everything from supply chain management and product design to marketing and office culture. A 2010 study by Forrester Research predicted that global sustainability consulting would grow from a $2.7 billion industry in 2010 to a $9.6 billion one in 2015. And according to the International Society of Sustainability Professionals, salaries in the field can reach well over $70,000. Just remember: If you’re going to be the Obi-Wan of sustainability, then speak like the Obi-Wan of sustainability: “Perhaps a coward is only a fighter who has not yet been pushed far enough … or one who has not been shown the way.”

Top Dog (Social Entrepreneur): If you’ve always dreamt of being your own boss — and saving the world while you’re at it — then social entrepreneurship might be for you. More and more companies are doing good, while also doing good business, showing that you don’t have to be a heartless, greed-is-good type to have a successful venture these days. According to the Bureau of Labor Statistics, 2.3 percent of private sector jobs in 2011, or about 2,515,200 positions, were related to the production of “green goods and services.” These can be many things — efficient home appliances, green buildings, hybrid cars, eco-friendly off-grid resorts — but one thing they all have in common is that they’re in high demand, especially now that more Americans than ever believe that humans are causing climate change.

Earth Warrior (Lobbyist): Someone’s gotta tell politicians what’s what when it comes to sustainability, and that someone could be you. Whether it’s for nonprofits, public interest groups, lobbying firms, or election campaigns, lobbyists have to do a lot of hustling. They run advocacy campaigns, set up fundraisers, organize meetings between politicians and stakeholders, do media outreach — anything and everything to get the word about the causes they represent. It’s a tough gig, but according to EnvironmentalScience.org, the median salary for environmental lobbyists is around $100,000 — just barely enough to cover the soul-crushing toll of having to put up with politicians.

Beacon in the Ivory Tower (Campus Sustainability Officer): With all those young optimists running around, lobbying for fossil fuel divestment and instituting new university-wide sustainability initiatives, it’s no wonder that college campuses are ripe for reform. In a survey of campus sustainability officers conducted last year, the Association for the Advancement of Sustainability in Higher Education found that 91 percent had degrees related to sustainability, compared to 61 percent in 2012. The survey also revealed that 87 respondents were holding first-time positions and that student sustainability fees or “green funds” accounted for nine percent of sustainability funding at universities, compared to just four percent in 2012 — both signs that schools are placing a higher priority on going green. So if you’re about to graduate but don’t want to leave the ivory tower, then maybe you don’t have to.