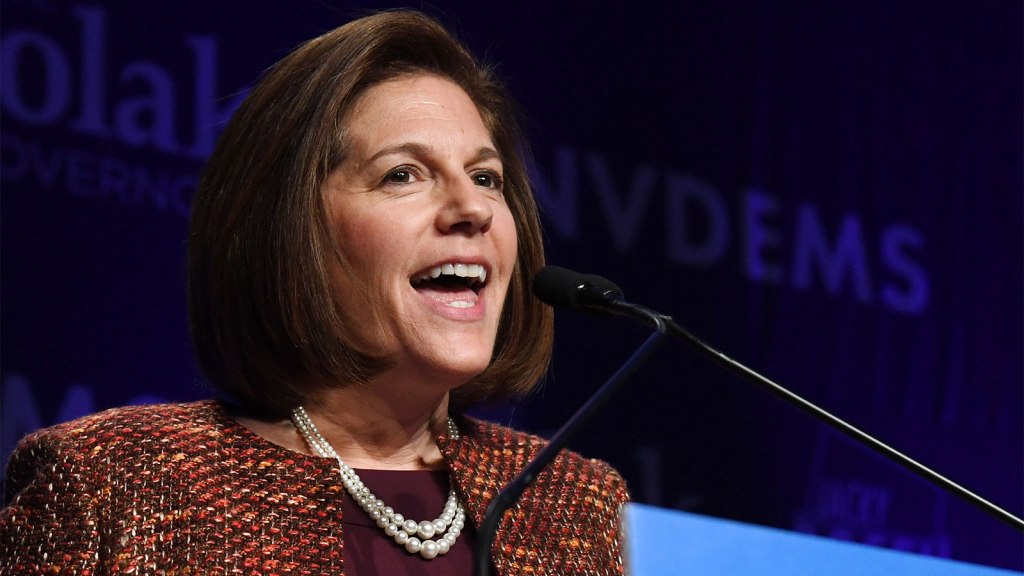 Leaving our fossil fuel-entrenched economy behind is looking more and more like a bipartisan goal. Case in point: A bipartisan Senate committee just apparently agreed that we need to decarbonize our energy system.

On Thursday, the Committee on Energy and Natural Resources held a hearing on how to innovate the energy sector, and it took a climate-friendly turn. While the group didn’t reach a consensus on how to achieve “net-zero greenhouse gas emissions,” as promised in the brand new Green New Deal resolution, the conversation was nevertheless encouraging.

Near the end of the hearing, Senator Catherine Cortez Masto, a Democrat of Nevada, asked the committee if anyone disagreed with looking into an energy portfolio with the “outcome of decarbonization.” The room was silent. A few seconds later, Cortez Masto concluded, “I think that’s why we’re here. That is where we could set our long-term mission and goal.”

Leading up to that, the committee found plenty to agree (and in a few instances, disagree) on.

“It is time to push hard to bring down the cost of clean energy technologies like renewables, advanced nuclear, next-generation energy storage, and carbon capture,” said Republican Senator Lisa Murkowski from Alaska, the chair of the committee, in her opening remarks.

Even Senator Joe Manchin of West Virginia — a Democrat who just earlier this week applauded President Trump’s line about the U.S. being the world’s No. 1 oil producer during the State of the Union address — appeared to get behind the eventual goal of decarbonization. “Breakthrough technologies will help us reliably meet our energy needs in the future while decarbonizing our energy system,” he said.

Tellingly though, he called for a focus on new technologies to suck carbon out of the air. The coal-state senator from  made it clear that he wasn’t ready to kick dirty energy to the curb just yet: “We must acknowledge that fossil fuels will continue to play an integral role in our electric generation.”

He also expressed concern over the economic effects of a transition to renewables on West Virginia: “We don’t want to drink dirty water. We don’t want to breathe dirty air. We want our kids to have a future. We really do. But they also realize they have to have a job to sustain themselves.”

In response, Cortez Masto pointed to her state of Nevada. “Ten years ago, Nevada was known for gambling, entertainment, and mining,” she said. “Now we are an innovation state.”

Senator Debbie Stabenow, a Michigan Democrat, also highlighted the promise of renewables. “There are 8,000 parts in a big wind turbine, and we’re prepared to make every single one of those [pieces] in Michigan,” she said. “You can do some in West Virginia, too,” she told Manchin.

But as Ernest Moniz, former Energy Secretary under Obama, said in his testimony to the committee, “Accelerating this transition will not be easy.”

Moniz urged the committee to make sure they’re not putting all their low-carbon eggs in one technology basket. “There is no single low-carbon, one-size-fits-all solution,” Moniz said. “What we need to do is have the full quiver of arrows for which low-carbon solutions can be fit to purpose in different regions of our country and in different countries.”

Jason Grumet, president of the Bipartisan Policy Center, emphasized the necessity of reaching zero emissions by mid-century while acknowledging the work that lies ahead. “With some reasonable success and failure,” Grumet said, “ I think we can actually provide a better future for our children, which has been the human tradition for 10,000 generations.”