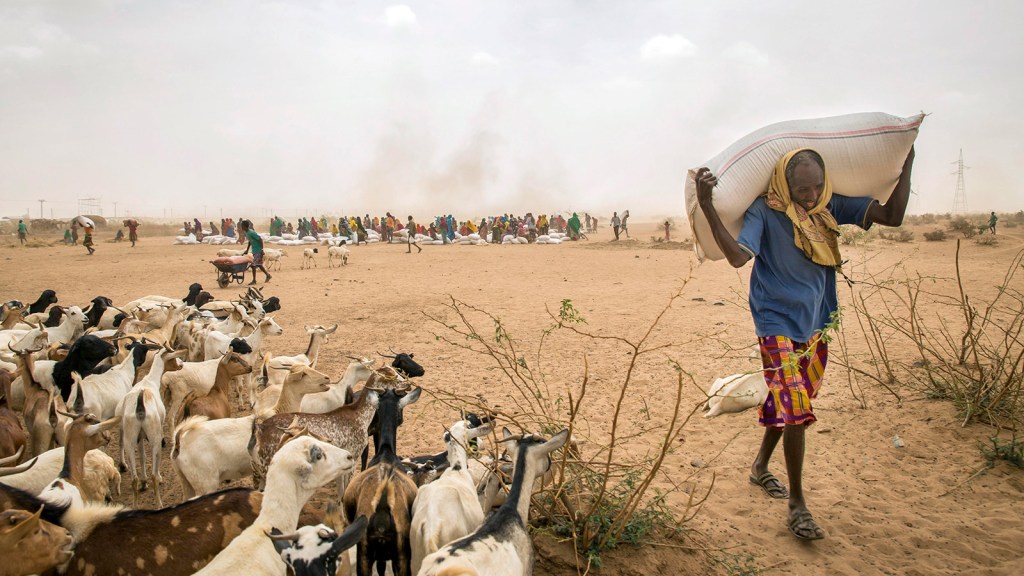 In case you couldn’t get enough extreme weather, the next 12 months or so could bring even more scorching temps, punishing droughts, and unstoppable wildfires.

It’s still early, but odds are quickly rising that another El Niño — the periodic warming of the tropical Pacific Ocean — could be forming. The latest official outlook from NOAA and Columbia University gives better-than-even odds of El Niño materializing by the end of this year, which could lead to a cascade of dangerous weather around the globe in 2019.

That’s a troubling development, especially when people worldwide are still suffering from the last El Niño, which ended two years ago.

These early warnings come with a caveat: Predictions of El Niño at this time of year are notoriously fickle. If one comes, it’s impossible to know how strong it would be.

When it’s active, El Niño is often a catch-all that’s blamed for all sorts of wild weather, so it’s worth a quick science-based refresher of what we’re talking about here:

On average though, El Niño boosts global temperatures and redistributes weather patterns worldwide in a pretty predictable way. In fact, the Red Cross is starting to use its predictability to prevent humanitarian weather catastrophes before they happen.

All told, the the U.N. estimates the 2016 El Niño directly affected nearly 100 million people worldwide, not to mention causing permanent damage to the world’s coral reefs, a surge in carbon dioxide emissions from a global outbreak of forest fires, and the warmest year in recorded history.

In Ethiopia, it spawned one of the worst droughts in decades. More than 8.5 million Ethiopians continue to rely on emergency assistance, according to the UN. That includes some 1.3 million people — a majority of whom are children — who have been forced to migrate from their homes.

Initial estimates show that, if the building El Niño actually arrives, 2019 would stand a good chance at knocking off 2016 as the warmest year on record. With a strong El Niño, next year might even tiptoe across the 1.5 degree-Celsius mark — the first major milestone that locks in at least some of global warming’s worst impacts.

Recently, the United Kingdom’s Met Office — the U.K’s version of the National Weather Service — placed a 10-percent chance of the world passing the 1.5 degree Celsius target before 2022. That target was a key goal of the 2015 Paris climate agreement because a sharp upward spike in temperature that severe, if sustained, would be potentially catastrophic — causing, among other impacts, “fundamental changes in ocean chemistry” that could linger for millennia, according to a draft UN report due out later this year.

Another El Niño is bad news, but it has been inevitable that another one will happen eventually. Knowing exactly when the next one is coming will give those in harm’s way more time to prepare.