How to stop a humanitarian disaster before it happens 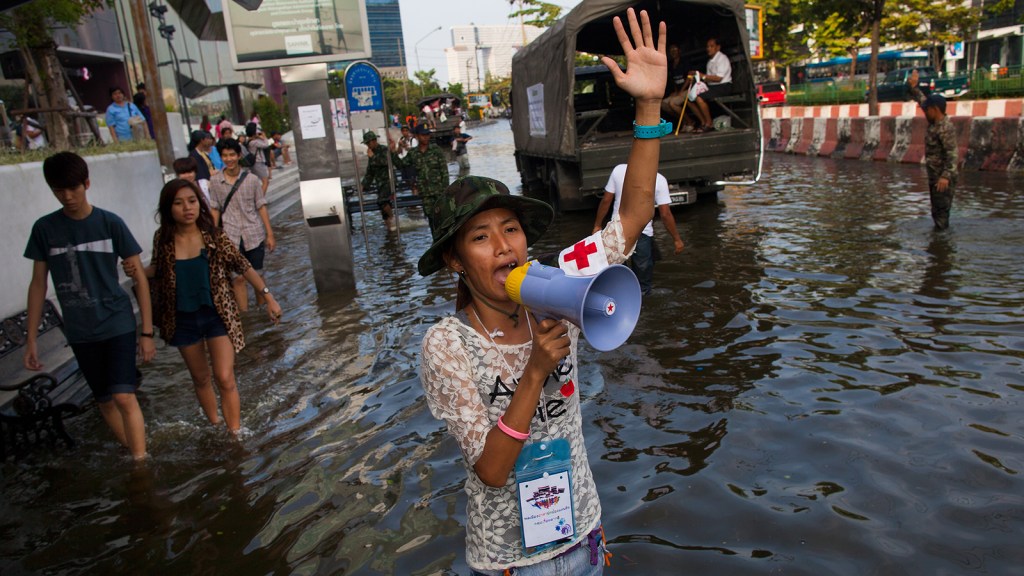 How to stop a humanitarian disaster before it happens

In an era of increasingly extreme hurricanes, floods and drought, the people in charge of preparing for disasters depend on meteorologists to anticipate where the next catastrophe might strike. Here’s some good news: Meteorologists are coming through, with unprecedented accuracy.

In fact, weather forecasting technology has improved so dramatically that humanitarian organizations can now fund disaster relief before disaster hits. It’s a revolutionary change that could save countless lives.

Earlier this month, the International Federation of Red Cross and Red Crescent Societies launched the first “forecast-based financing” fund, aiming at using weather predictions to anticipate potential humanitarian crises and thereby giving organizations like the Red Cross a chance at stopping them before they begin.

Forecast-based financing programs wouldn’t be possible without giant leaps in accuracy. Just last week, the National Hurricane Center announced that the horrific hurricane season of 2017 was also its best forecast season to date. A hurricane forecast looking out five days is now as precise as a three-day forecast a decade ago — that’s two extra days for people in harm’s way to make preparations.

Overseas, progress has been even more rapid. In remote places where humanitarian organizations like the Red Cross do much of their work, the European Center for Medium-Range Weather Forecasting, or ECMWF, often provides the best forecasts.

For decades, basic predictions of temperature and air pressure by the ECMWF have progressed steadily, with highly accurate outlooks now possible more than six days in advance, compared to about four days in 1981. Rainfall prediction, which is much more challenging, has progressed even faster, with similar accuracy increases in half the time.

And dramatic progress is ongoing. According to Alexander MacDonald, who focuses on computer-based weather forecasting for the National Weather Service: “We’re building future models and seeing some spectacular results.”

Computers get much of the credit for the tremendous advances in weather forecasting. Since the advent of computer-based weather prediction in the 1950s, the National Weather Service’s computer capacity has increased by a factor of 100 billion. Some of the world’s fastest computers are now devoted to predicting the weather. But deciding how best to use that information to save lives remains a revolution in progress.

Humanitarian relief has long struggled with a fundamental problem for how to collect and distribute aid. Traditional disaster relief financing relies on contributions from concerned, wealthy citizens who hear about the catastrophe and care enough to donate long after the worst has already happened. That typically leads to a dangerous gap between the time when help is most valuable — during and immediately after the storm — and when funds arrive, essentially a state of perpetual crisis management.

A recent Harvard study identified this as “a costly bottleneck in disaster relief,” particularly when disasters hit in countries that rarely make the news.

The Red Cross’s new model uses weather forecasts and an associated permanent fund to immediately disburse money to areas about to be hit with extreme weather.

In 2016, this model was put to the test. Before severe floods struck the West African country of Togo, a Red Cross-supported computer algorithm kicked in, warning government officials to alter management plans for a local hydroelectric power dam, releasing water early that ultimately lessened the extent of the flood’s damage. At the same time, Red Cross volunteers were dispatched to distribute cholera prevention kits and other emergency supplies. Live radio announcements and text messages helped spread the news of how to prepare for the deluges.

The result? Fewer lives lost, more efficient use of aid money, and a burgeoning culture of preparedness. As the world braces for climate change, it’s the kind of thing that could make a huge difference.