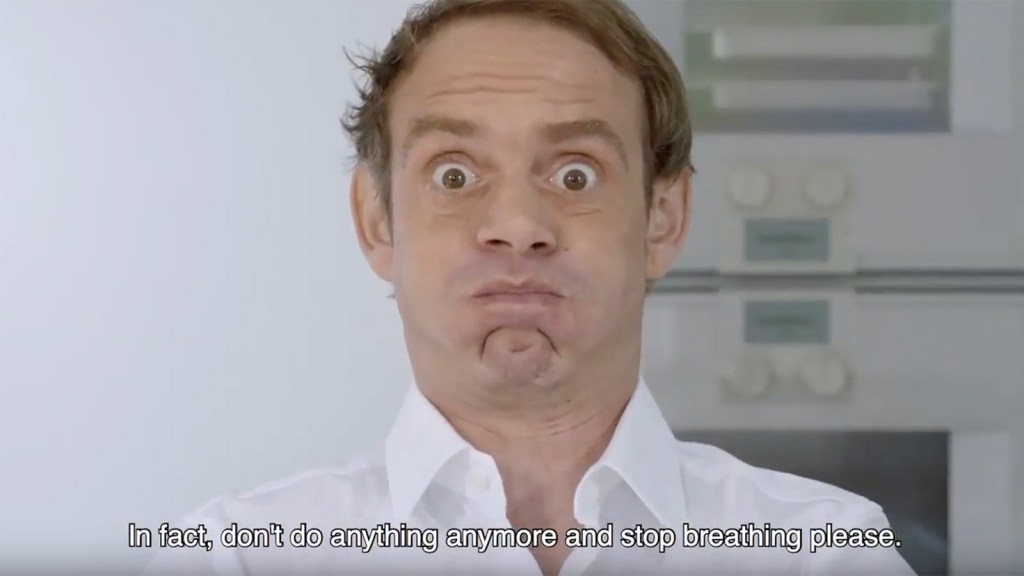 The 52-second video from the United Nations Framework Convention on Climate Change is a bizarre promotion to call attention to the organization’s newly redesigned online platform for purchasing carbon offsets. It’s been deleted from Twitter and Facebook but you can still find it on YouTube and in an official press release.

It’s hard to know what the UNFCCC was thinking in producing this video, which makes fun of well-established ways to cut carbon emissions — like limiting driving, air travel, and meat consumption — in favor of purchasing controversial offset credits. Offsets are an accounting method favored by high-polluting industries as a way of evading real-world change.

The video was swiftly attacked by climate campaigners — a Swiss environmental lawyer called it “shameful” — and no justification has yet been given for its removal. (The UNFCCC did not immediately respond to an inquiry from Grist about the video’s production and its removal from social media.)

The problem with carbon offsets is clear. They’re designed to avoid immediate changes in behavior in favor of less verifiable and less reliable ways of reducing emissions by relying on someone else. You could, say, pay to plant some trees, which then must be tended and kept alive for decades, to atone for a single airline flight.

Sometimes offsetting is worse than doing nothing: It perpetuates high-carbon activities and shifts responsibility from the people and organizations most responsible for climate change. After a brief moment of popularity a decade ago, the credits faded from favor, in part because of these concerns.

This isn’t the first time the U.N. has come under fire for promoting carbon offsets. During the Paris climate conference in 2015, the U.N. set up a booth where attendees could supposedly neutralize the impact of their travel to the summit for as little as $1.  Some observers found that difficult to believe. On a much larger scale, in 2016, the U.N. organization tasked with overseeing the global airline industry was strongly criticized for favoring offsets in an attempt to avoid more radical (and expensive) changes in aircraft design that could reduce emissions.

More recently, at the World Cup in Russia this summer, the U.N. again promoted its carbon offset scheme; again it came under fire for “greenwashing” and relying on questionable math that meant only a small fraction of the promised offsets were actually reducing emissions.

Admittedly, the video is pretty funny as a piece of satire. But I’m not sure that’s what the U.N. was going for.