Americans love genetically modified mosquitoes much more than other GMOs 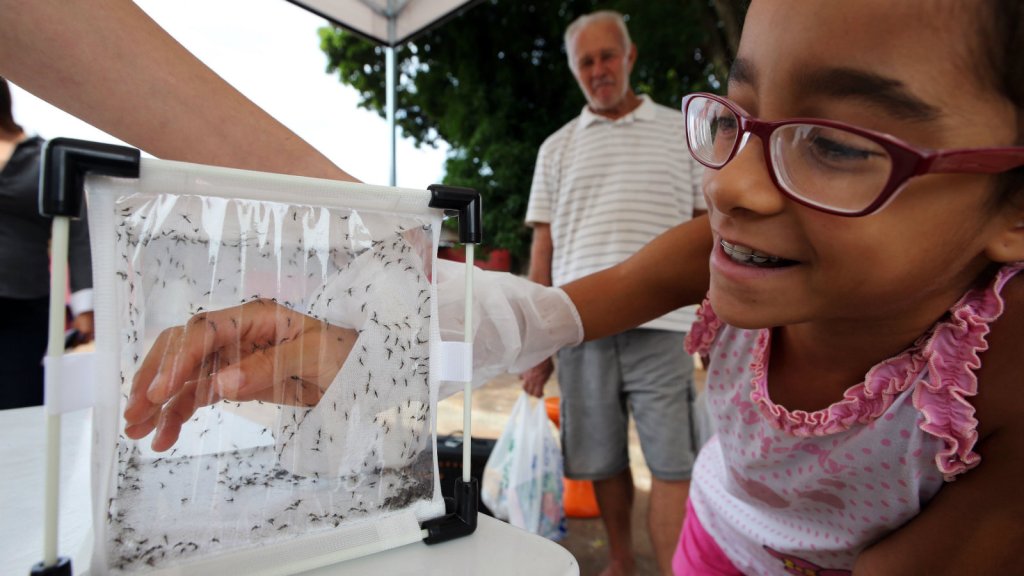 Americans love genetically modified mosquitoes much more than other GMOs

When the news started to spread about a plan to release genetically engineered mosquitoes in the Florida Keys, it seemed laughable. The idea was to release hordes of engineered male mosquitoes that would mate with the disease-carrying females and cause them to produce non-viable eggs. The average Facebook post on this was something like: “LOL, you’ve got to be kidding me.”

I don’t see that reaction much anymore. A poll out this week found that 60 percent of Florida residents support tweaking mosquitoes’ genes to fight diseases, while 30 percent opposed. This isn’t statistical noise: Polls are consistently finding that big majorities of Americans support the idea. Conventional wisdom has been flipped on its head. Disdain has morphed into support.

What happened? In a word, Zika. It was the accumulation of those pictures of babies with Zika-related microcephaly, the news that Zika-carrying mosquitoes are buzzing around Miami, and the realization that climate change will usher the disease farther north.

This is a perfect demonstration of the way humans, those peculiar creatures, grapple with risk. There’s a principle at work here that helps explain why we reject some things as being too risky and embrace others. We shrug off the suspicion of cellphone radiation but worry about genetically modified foods, even though neither has any demonstrated harm. We fret about nuclear accidents but don’t think twice about people driving cars through our neighborhoods, even though a total of three people have been killed by nuclear power in the United States, while 100 people are killed in car accidents every day.

This can all be explained by what I’ll call, a bit grandly, the self-centeredness principle of risk perception. I’m not condemning this mode of reasoning by using the pejorative term self-centered, just observing that our intuitions about risk are informed by calculations centered on ourselves, not centered on, say, humanity or the planet. The benefits of any change are distributed unevenly and when the benefits are centered mostly on others, or diffused among many, it’s easy for me embrace a scary, sci-fi scenario as a reason for opposition. But if it becomes clear that I stand to benefit, I’ll want to know how likely those scenarios really are; I’ll weigh the pluses and minuses of change.

You can see how this plays out with climate change. The benefits of cutting carbon are diffuse — they go mostly to unborn generations. So if I’m a conservative, predisposed to dismiss climate science, the self-centeredness principle makes it irrational for me to consider the evidence. I’m unlikely to see any meaningful benefit, reading voluminous scientific reports is hard, and changing my mind would make me a villain to my friends.

Or take GMOs. Farmers and seed companies reap most of the benefits. The rest of us get lower food prices — but that benefit is spread so thin that most of us haven’t noticed. Therefore the risks don’t have to be probable, or even plausible, for us to balk. You want to put something new in my food that doesn’t directly benefit me? Hells no. You can line up all the scientists, carrying all the authoritative data you want, but again, I have little incentive to read it.

Follow the GM mosquito story and you can watch American perspectives do a 180 as we begin to see benefits for ourselves. Last year, a survey of people in Key West found that 58 percent opposed using them to control Zika, whereas, the latest poll found that 30 percent of Floridians were opposed. That’s not exactly comparing apples to apples (all Floridians don’t live in Key West) — but it does suggests a shift. The real test will come in November when residents of the Florida Keys vote on releasing the mosquitoes. That vote will tell us if the people of Key West have gone from feeling comfortable in the status quo, where experimenting with a new technology looks like an unacceptable risk, to feeling uncomfortably itchy and ready to consider something new.