Are farmers setting the Amazon ablaze in support of Bolsonaro? 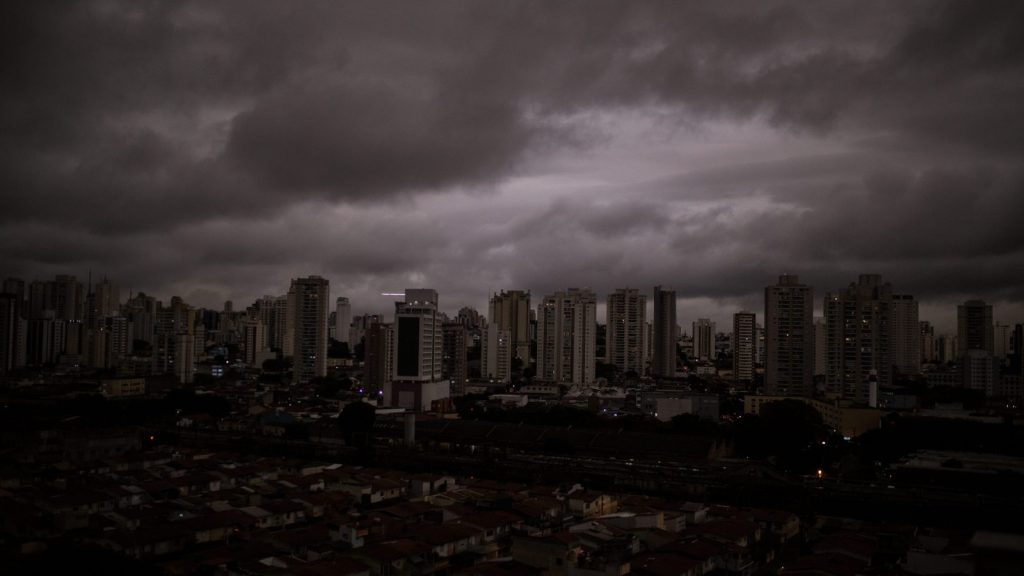 Are farmers setting the Amazon ablaze in support of Bolsonaro?

Farmers are reportedly setting fire to the Amazon rainforest to show support for Brazilian President Jair Bolsonaro’s policy of opening up protected areas to private ownership. According to a widely disseminated article in a small newspaper, Folha do Progresso, the organizers of this “Day of Fire” are hoping that 2019 sets a record for burning.

Ranchers and farmers routinely use fire in tropical agriculture to clear land for planting and cattle pastures, but the practice had slowed before Bolsonaro took office in January. Brazil’s space research agency reported this week that fires have increased 84 percent this year compared to the dry season last year. On Monday, smoke from rampant fires plunged Sao Paulo into darkness in the afternoon.

Many news outlets have said the 74,000 fires Brazil has seen this year sets a record, but that’s based on statistics that only date back to 2013. And deforestation is actually down from its peak in the 1980s. The real, undisputable news here is that there’s been a spike in fires and deforestation under Bolsonaro. And given the Amazon rainforest’s important role in capturing carbon emissions, the stakes seem much higher.

Christian Poirier, a program director for the nonprofit Amazon Watch, said that farmers were clearly emboldened by Bolsonaro to burn forests. “The fires currently ravaging the Amazon are directly related to President Bolsonaro’s anti-environmental rhetoric, in which he errantly frames forests and forest protections as impediments to Brazil’s economic growth. Farmers and ranchers understand the president’s message as a license to commit arson with wanton impunity, in order to aggressively expand their operations into the rainforest.”

Bolsonaro isn’t exactly taking credit, saying he had a “feeling” that the fires were set by nonprofit environmental groups trying to make his government look bad.

There’s been a huge growth in Brazil’s farms, especially after President Donald Trump’s trade war sent China — the top buyer of U.S. soybeans — shopping in South America. But the farm boom won’t improve the lives of poor Brazilians if it depends on dismantling environmental protections, said Toby Gardner, the director of nonprofit Trase. He sees Brazil trending toward “apparent disregard for devastating effects of environmental degradation seen from the recent and unprecedented spate of wildfires, set by landowners to clear forest for agriculture,” he said in an email.

Brazil’s massive forests are a critical part of the Earth’s life support system. The Amazon holds some 17 percent of the world’s plant-based carbon, and fires release that greenhouse gas. It’s home to millions of unique species and people. Fires are also burning in Brazil’s Cerrado — the central savanna — and its other forests.

Pataxó woman:
“These assholes came in and burned down [our reservation]… I want all of the media here to see this” pic.twitter.com/uGFp7RItHK

“We think this Day of Fire really captures the craziness of what is going on in Brazil — deforestation for the sake of it, as an act of political demonstration,” said Alex Armstrong of the environmental group Mighty Earth in an email. Mighty Earth and other organizations think big corporations can prevent deforestation by promising not to buy crops from Brazilian farmers who burn forests. Some corporations, such as the grain-trading giant Cargill, say they need a supportive government in Brazil before they can act.

It’s worth noting that Grist could not independently confirm that farmers have set fires as a demonstration: Every story and source interviewed about the Day of Fire pointed to the same article based on an interview with an anonymous source. But the space agency observed a spate of fires in the region where farmers reportedly planned their protest. And a government prosecutor has opened an investigation into the reported Day of Fire.