Are you ready for goldfish sushi? 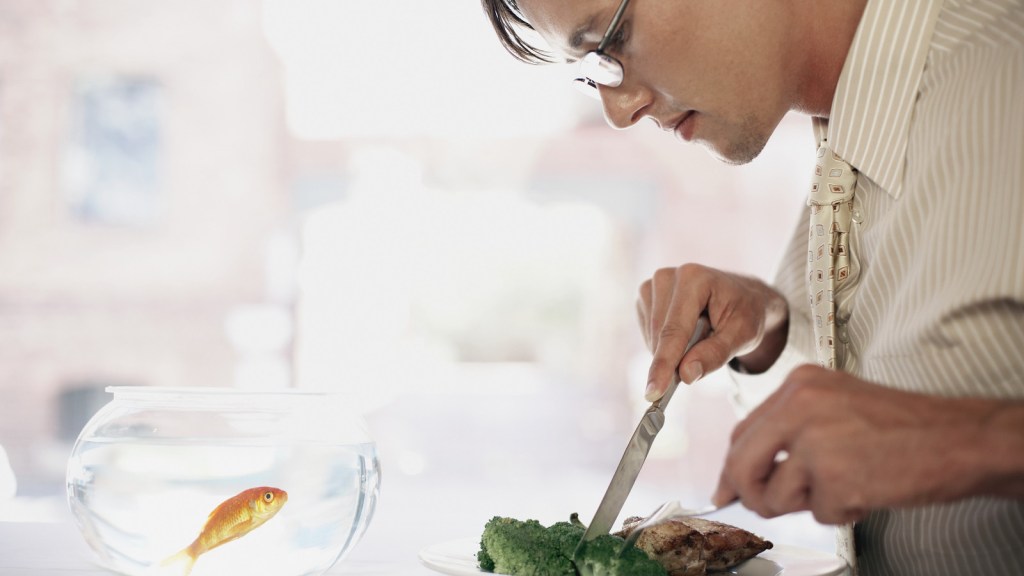 There's gold in them goldfish

Are you ready for goldfish sushi?

The world is changing under our feet. The atmosphere warms. The Arctic greens. Habitats collapse.

We wouldn’t have wished this on ourselves, but it’s not all bad. Every change presents a new niche opening for an upstart species. Nature adapts. And when upstart species begin to thrive you can be sure that the most opportunistic species of them all, Homo sapiens, will try and eat them.

You can see this adaptation at the docks on Lake Erie where goldfish have quietly wriggled into the American diet. Yes, goldfish. Fishermen sold over 100,000 pounds of them last year. Perhaps some kid wins one at the fair, brings it home in a plastic bag, and then sets it free in a creek. These goldfish have been fruitful, they have multiplied, and they have grown into monsters — well, actually they are just a couple pounds each, but that’s still big enough to terrify me.

Goldfish are now a mainstay of commercial fishing in the Great Lakes, the Michigan Department of Natural Resources told reporter Garret Ellison in a terrific MLive story. Many journey from the shores of Lake Erie to the Fulton Fish Market in New York where buyers snap them up. It seems that “Golden Carp” already has a place on some American plates.

They have also developed a following among some native predators: Back in 2000, a naturalist witnessed  an osprey carry off a large goldfish from a marsh near Lake Tahoe.

People have been excited about eating non-native species for a long time. The logic is understandable enough. If we don’t want so many of these critters and they’re edible, why not eat them? The lionfish, a native of the Indo-Pacific with venomous lances extending from its body, plies the warming waters around Long Island. New York restaurants, such as Norman’s Cay in Manhattan, now serve lionfish fried whole, and they taste great. Asian carp and snakehead, other invasive fish, are moving up the Mississippi River, so people from Baltimore to Chicago are finding ways to cook them (reviews are mixed, but they’ve done well in a blind taste test.)

And those are just the new kids. The common garden snail munching on your kale is the same one from Europe that you can buy slathered with butter and garlic as escargot. The pesky dandelion came to America on the Mayflower as a food and medicinal crop. When starlings spread across North America, people wrote up recipes for starling pie.

Those older examples suggest that we probably aren’t going to eat non-natives into oblivion. If a species is thriving in an ecological niche, it takes sustained effort to wipe it out. And there’s just too many — about 50,000 if you count every exotic species we’ve introduced.

We may not beat them back, but we can make use of them. That’s what adaptation is all about. Despite the best efforts of activists to resist wholescale planetary change, it’s already underway. Sometimes we can work to get the genie back in the bottle, but when that’s impossible, we might as well have the genie over for dinner.