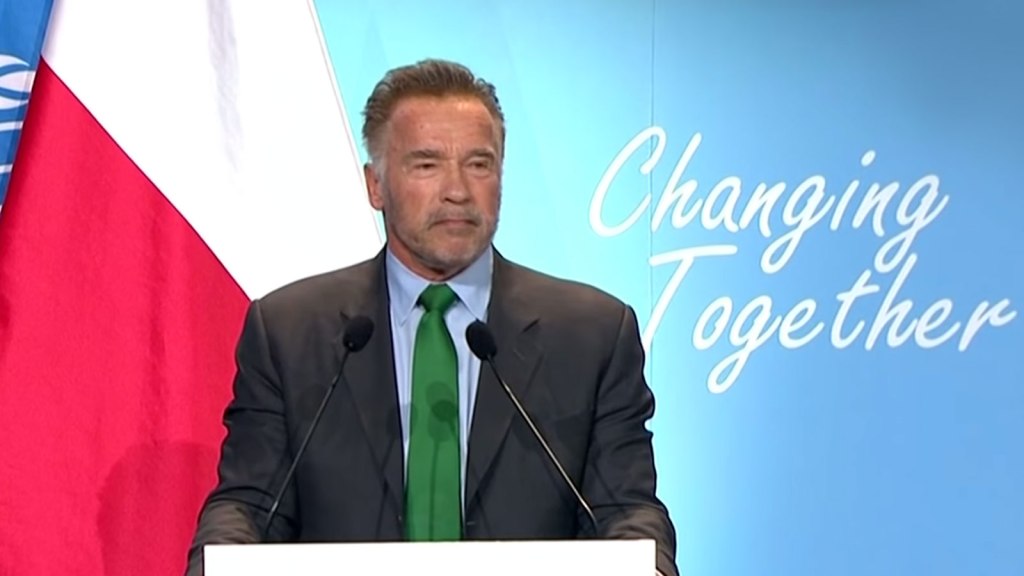 According to Arnold Schwarzenegger, Donald Trump is meshugge, “crazy” in Yiddish.

That’s right, The Terminator had some choice words for The Donald about his decision to withdraw the United States from the Paris Agreement. “Yes,” he said. “We have a meshugganah leader in Washington.” But the U.S. is “still in,” Schwarzenegger told attendees at the climate change convention in Poland. He also said he wished he could time travel back in time to stop us from digging up and using fossil fuels, Terminator-style.

“Remember that America is more than just Washington — one leader,” he said. Is Schwarzenegger laying groundwork for 2020? Now that’s meshugge.