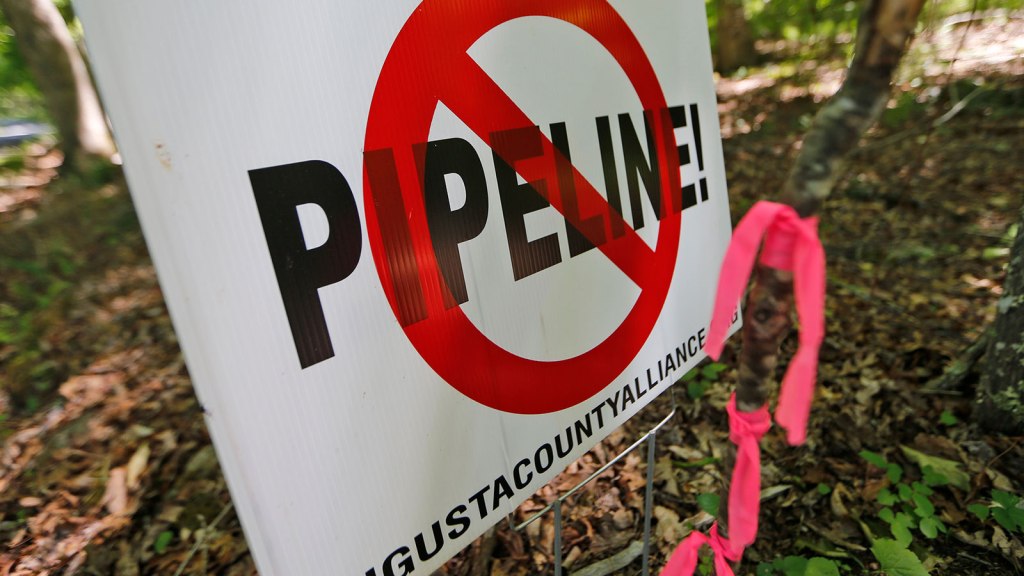 If all had gone according to the company’s original plan for the contentious Atlantic Coast Pipeline, it would already be well on its way to carrying fracked gas. But the completion of the 600-mile pipeline — planned to run from West Virginia into North Carolina — has been delayed until 2021.

According to a spokesperson for Dominion, Karl Neddenien, all construction is halted because of multiple factors including increasing costs, and in part over a dispute regarding permits to cross the Appalachian Trail and national forests. He says the delay, caused by what he calls “well-financed” opposition groups, are impacting more than just the construction schedules, according to Neddenien.

“Their impact [of these delays are seen] in the communities and the families in their region. It’s really time to stop these pointless delays and get back to work building the Atlantic Coast Pipeline,” he said. “These delays are not improving or increasing environmental protections. We already have in place some outstanding protections.”

Opponents to the pipeline project, on the other hand, were encouraged by the announcement of the new, pushed-back timeline. “Anytime there’s a delay, we’re happy.” Chad Oba, chair of the Friends of Buckingham, an organization of Virginia residents opposed to the pipeline, told Grist. “It gives the public more opportunity to be informed about fossil fuel projects and how we don’t need more of them.” Buckingham is a historically black community where Dominion is slated to build a natural gas compressor station for the pipeline. Last month, the state’s Air Pollution Control Board voted unanimously to approve permits for the station despite vociferous community opposition.

Beyond construction setbacks, the project is going to cost a pretty penny: Estimated costs for the pipeline have ballooned to $ 7.5 billion (the original project was budgeted for around $6 billion.) And considering how demand for the pipeline is dwindling — thanks to competition from cheap, renewable sources — some experts aren’t sure the project will get up on its feet again.

Patrick Hunter, a Southern Environmental Law Center attorney, said the barrage of legal challenges and missing permits “leaves us with a serious question as to whether this thing will ever be built.” The Southern Environmental Law Center is one of many organizations to challenge Dominion’s construction, calling for the Federal Energy Regulatory Commission to issue its own stop-work.

(Dominion Energy did not immediately respond to Grist’s request for comment.)

Though the delay is good news for environmental groups, it’s a bit too early to whip out the champagne: Dominion said it currently expects the now-halted construction could begin again later this year.