Bad news for the Amazon as Brazil backs out of hosting U.N. climate talks 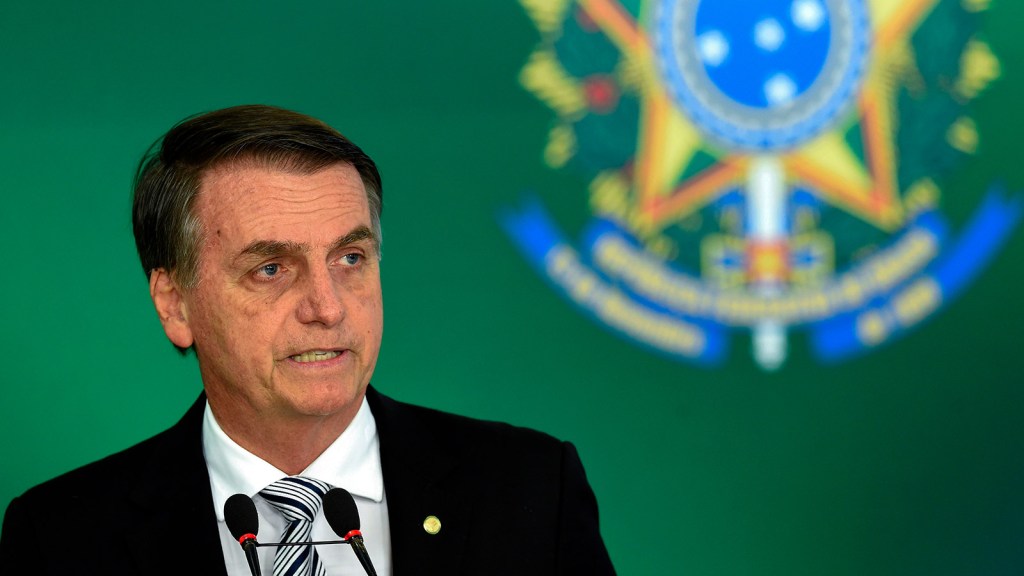 Bad news for the Amazon as Brazil backs out of hosting U.N. climate talks

Brazil was set to be the host country for COP 25, next year’s crucial United Nation talks to address climate change, but just two months after offering to do so, the country’s officials have reversed their stance.

Brazilian leaders communicated the decision on Monday to Patrícia Espinosa, executive secretary of the U.N. Convention on Climate Change, just days before the start of COP 24, this year’s annual climate conference being held in Katowice, Poland. The Brazilian government blames the change on budget constraints and the ongoing presidential transition process. But others are interpreting the move as yet another sign of President-elect Jair Bolsonaro’s impending war on the environment.

“This decision is not surprising considering it comes from a leader with proven skepticism towards the reality of climate change, and open animosity towards those working to preserve our climate,” Christian Poirier, program director at Amazon Watch, told Grist. Poirier also says he doesn’t buy Brazil’s budget excuse for reversing on hosting the conference. “It is clear that Mr. Bolsonaro’s reactionary political agenda was the decisive factor in this decision.”

Bolsonaro confirmed that he participated in the decision, saying “I recommended to our future minister that we avoid the realization of this event here in Brazil.”

(The United Nations did not immediately reply to Grist’s request for comment.)

Before Bolsonaro’s election, the country seemed eager to host the next round of international climate talks. According to Brazilian news site O Globo, the foreign ministry had said Brazil’s offer reflected “the consensus of Brazilian society on the importance and the urgency of actions that contribute to the fight against climate change.”

But in some ways, the current reversal comes as no surprise. During his campaign, Bolsonaro (a.k.a. The Trump of the Tropics) vowed to jettison from the Paris Climate Agreement — though he’s since backtracked from that promise. Still, he’s been steadfast in his desire to open up the Amazon, the world’s largest rainforest, to mining, farming, and dam building. He’s said he wants to open up the country’s existing indigenous reserves to commercial exploitation. And earlier this month, he chose a new foreign minister that has said he believes climate change is a Marxist plot to help China.

A recent report issued by the Brazilian government found the Amazon has reached its highest levels of deforestation in a decade, thanks to illegal logging and the expansion of agriculture in the area. And there are major concerns that Bolsonaro’s lax environmental policies could push the Amazon past its tipping point as one of the world’s most important carbon sinks.

Brazil withdrawing its offer to host COP 25 also carries symbolic weight when you consider the country is the birthplace of global climate talks. The milestone Rio Earth Summit of 1992 set the green agenda for decades to come.

“The image of Brazil is at risk,” said Carlos Rittl, executive secretary of the Brazilian Climate Observatory, a coalition of environmental non-governmental organizations, in an interview with the New York Times. “Climate and the environment are the only issues where Brazil is a leader in global terms. We are not leaders in world trade, we are not leaders in a geopolitical sense on security issues. But on climate and environment we are leaders, and we are giving that up.”

The South American country’s decision has left the United Nations scrambling to find a new site for the summit. A new venue for the summit has not yet been determined.