Bitcoin: Are we really going to burn up the world for libertarian nerdbucks? 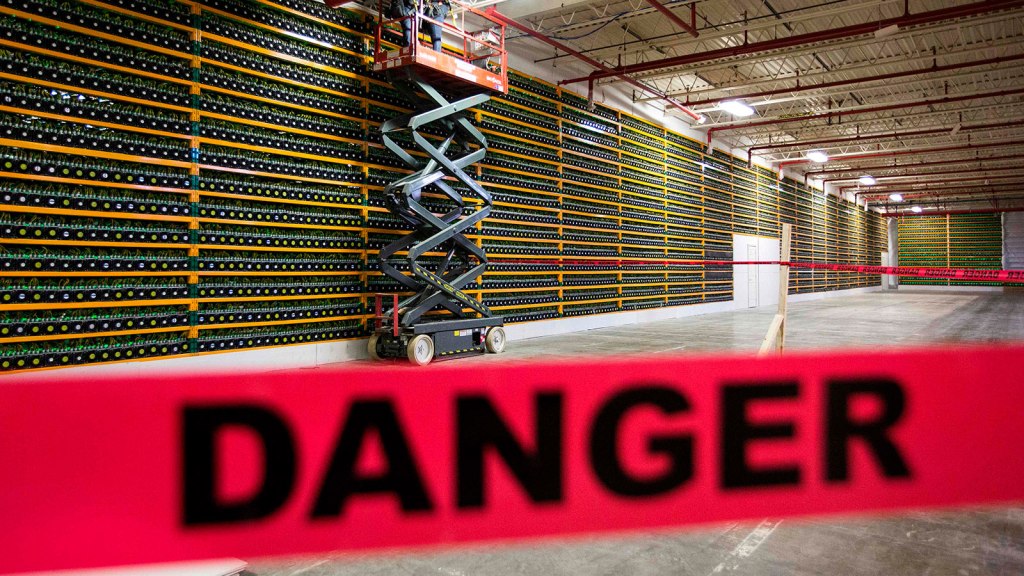 Bitcoin: Are we really going to burn up the world for libertarian nerdbucks?

The continued growth of power-hungry Bitcoin could lock in catastrophic climate change, according to a new study.

The cryptocurrency’s growth, should it follow the adoption path of other widely used technologies (like credit cards and air conditioning), would alone be enough to push the planet to 2-degree C warming, the red line value the world agreed to in the 2015 Paris climate accord.

Bitcoin essentially converts electricity into cash, via incredibly complex math problems designed to eliminate the need for government-sponsored currencies. It’s made a lot of bros rich over the past few years, but it’s also raised some significant concerns about the ethics of sucking up excess energy on a finite planet.

The libertarian nerdbucks account for only a tiny fraction (0.033 percent) of global transactions right now, but its rapid growth and already sizable energy usage are worrisome. This latest study, from researchers at the University of Hawaii-Manoa, adds to the pile of evidence that Bitcoin needs to cut down dramatically on energy use — or risk taking down our chances for a clean energy future with it.

The Hawaii researchers looked at every single Bitcoin that was “mined” in 2017 and the mix of fuel used to create the electricity that powered the huge computer farms that produced each of them. Unlike past calculations, they put a stronger emphasis on the types of computer processing equipment, factoring in older, less-efficient models still in routine use by Bitcoin miners. Through this analysis, they found that Bitcoin is likely already producing more than double the greenhouse gases of previous best estimates. That means that despite its infinitesimal reach, the global Bitcoin network already uses a lot of electricity — about as much as the entire country of Austria.

“Currently, the emissions from transportation, housing and food are considered the main contributors to ongoing climate change,” said Katie Taladay, one of the paper’s authors, in a statement. “This research illustrates that Bitcoin should be added to this list.”

Earlier this month, the Intergovernmental Panel on Climate Change issued its starkest warning yet about what a world that’s 1.5 or 2 degrees warmer than pre-industrial levels would be like, saying that civilization itself is at stake if the world fails to reduce emissions by half before 2030.

The entire world has somewhere between 250 and 750 billion tons of remaining carbon that can enter the atmosphere before a 2-degree world becomes inevitable. This includes everything: Every factory, every airplane, every tractor delivering hay to cattle on every ranch, every light in every building everywhere in the world.

Or, Gaia willing!, Bitcoin could crash and burn or remake itself to use vastly less energy, according to the Hawaii team. The authors are clear that they’re not predicting exactly what will happen, only imagining the stakes of the worst-case scenario — with Bitcoin as ubiquitous as microwave ovens, with no significant changes to its algorithm to get more energy efficient.

There are glimmers of hope that have emerged in 2018 that Bitcoin could be heading for that first crash and burn scenario. After rising in value more than 300 percent in a little over a month late last year, Bitcoin has given up all those gains and stagnated for most of 2018. Lower prices for Bitcoin have given its proponents less of an incentive to invest in expanding the network.

And the Hawaii team pointed to tweaks to the overall system that could reduce energy usage. One of those modifications, building a Bitcoin mining system based on trust rather than continuing to escalate a computational arms race, has already been championed by some of the more ethical cryptocurrency activists. Bottom line: This is a solvable problem. And our future depends on us solving it.

What’s absolutely clear in a world like this is that we can’t afford to waste our precious time and energy on things (like Bitcoin) that aren’t directly related to decarbonizing the global economy as quickly as possible.