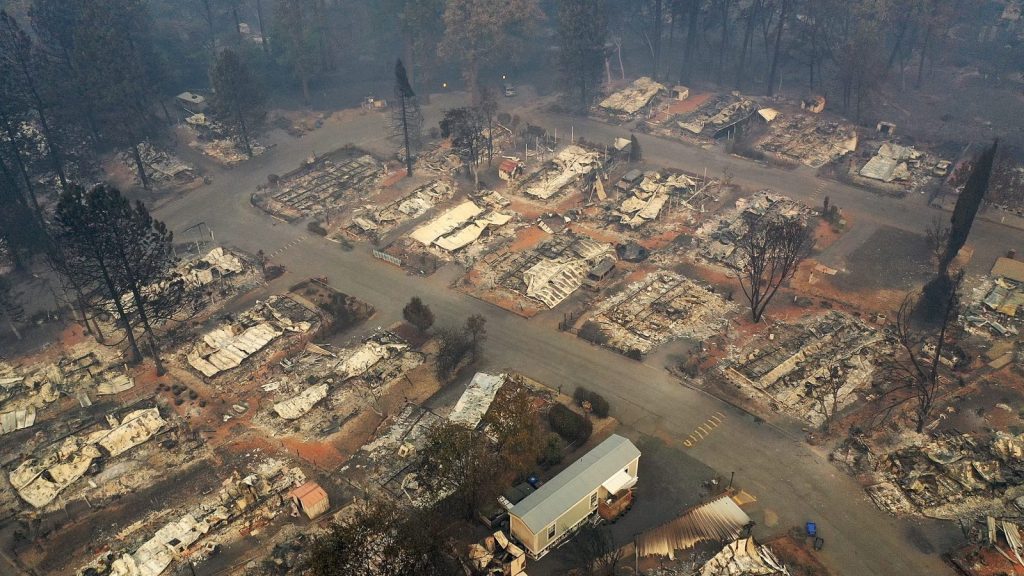 Four months after the Camp Fire destroyed the northern California towns of Paradise and Magalia, city council members in the neighboring town of Chico voted this week to declare a climate emergency that threatens their lives and well-being.

Chico’s emergency declaration calls on the city to eliminate all greenhouse gas emissions by the year 2030, among other demands that echo those included in the Green New Deal bill state lawmakers introduced in February. The bill is currently awaiting a hearing in the state Assembly’s Committee on Natural Resources.

The Camp Fire didn’t spread to Chico — it stopped just 10 or so miles away — but thousands of Butte County residents relocated there after they lost their homes. And given the devastating fire seasons California has faced in recent years, new and long-term residents alike want local leaders to take a more proactive approach to preparing for climate-related disasters.

“The residents of Chico are already experiencing great economic loss and social, emotional and physical impact from climate related disasters,” they wrote. “It makes economic sense and good governance policy to be proactive rather than wait for more wildfires, severe storms, heat waves, and floods which threaten public health and safety.”

The Camp Fire started on the morning of November 8, 2018, after a PG&E transmission line failure. Over the course of a week, the fire destroyed 14,000 homes in Butte County and killed 85 people, many of whom were elderly and disabled. Members of the 14,000 households who lost their homes have tried to resettle in Chico, but it hasn’t been easy. The Federal Emergency Management Agency provided just 220 trailers for victims of the fire — hardly enough for the many families who are now insecurely housed.

“We don’t have enough housing, period, for the people relocated because of the Camp Fire,” City Councilwoman Ann Schwab, who voted in support of the declaration, told HuffPost in February.

Schwab said the town lacks both temporary and permanent housing options for the displaced. “People are sleeping in their cars, in motor homes. They are sharing bedrooms with friends and relatives,” she said.

“It was a bad situation before. Now it’s overwhelming.”