While California was gripped by drought in 2014, Mark Arax began to notice something he couldn’t explain. Instead of shrinking for lack of water, some big farms were growing even bigger, expanding to hillsides, saltbush desert, and other lands where farmers usually feared to tread. They were planting thirsty almond trees as fast as they could.

Arax, a former reporter for the Los Angeles Times, watched as journalists from the East Coast parachuted in to tell the story of California’s fruit basket turning into another Dust Bowl. And they found versions of that story to tell: Some farms were drying up, especially the smaller ones.

But the big guys who could drill wells to 1,500 feet, who had enough money to buy water from canals across the state, were growing in the middle of the worst drought in California’s modern history. Why? That story wasn’t being told. 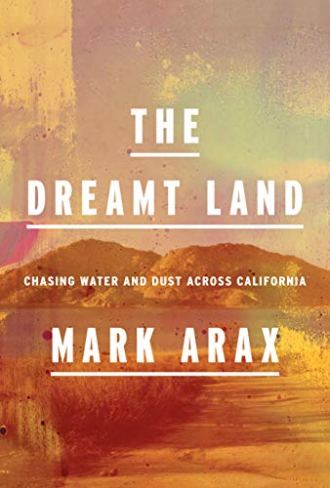 Arax had sworn he’d never write about water again after he finished the “King of California,” his book on the tycoon J.G. Boswell, the secretive man who was once the biggest farmer in the United States. But he thought someone had to straighten out misconceptions and myths that surround the subject of water in California. The result is his new book, “The Dreamt Land: Chasing Water and Dust Across California.”

In a recent interview, Arax explained how water shapes culture in different parts of California, why the state might be crashing into its environmental limits, and why drought often makes farmers grow rather than shrink.

Q.Why should someone outside California care about water in this state?

A.Call it hubris, call it a dream, but to invent California we had to invent the grandest system for moving water the world had ever seen. We took the edge of a continent, 1,000 miles long, a chunk of Earth where it rained 140 inches a year in one spot and 5 inches a year in another spot. And we decided we were going to even out those differences. So we built the Central Valley Project and the State Water Project, “the System, as I call it. It was and is magnificent. It created two, if not three, world class cities, and the most extensive and intensive farm region in the world.

It’s a fantastic story of guile, vision, greed, will, defiance of gravity and even some magic. But over the past 60 years, the population of California has grown from 11 million to 40 million. The system is now cracking, and it’s not going to see us into a future of more houses and more nuts, that’s for sure. And then there’s climate change teaming up with state’s inherent tantrums of flood, wildfire, drought, and mudslide. Add it all up, and it makes for a rough awakening for the California dream. 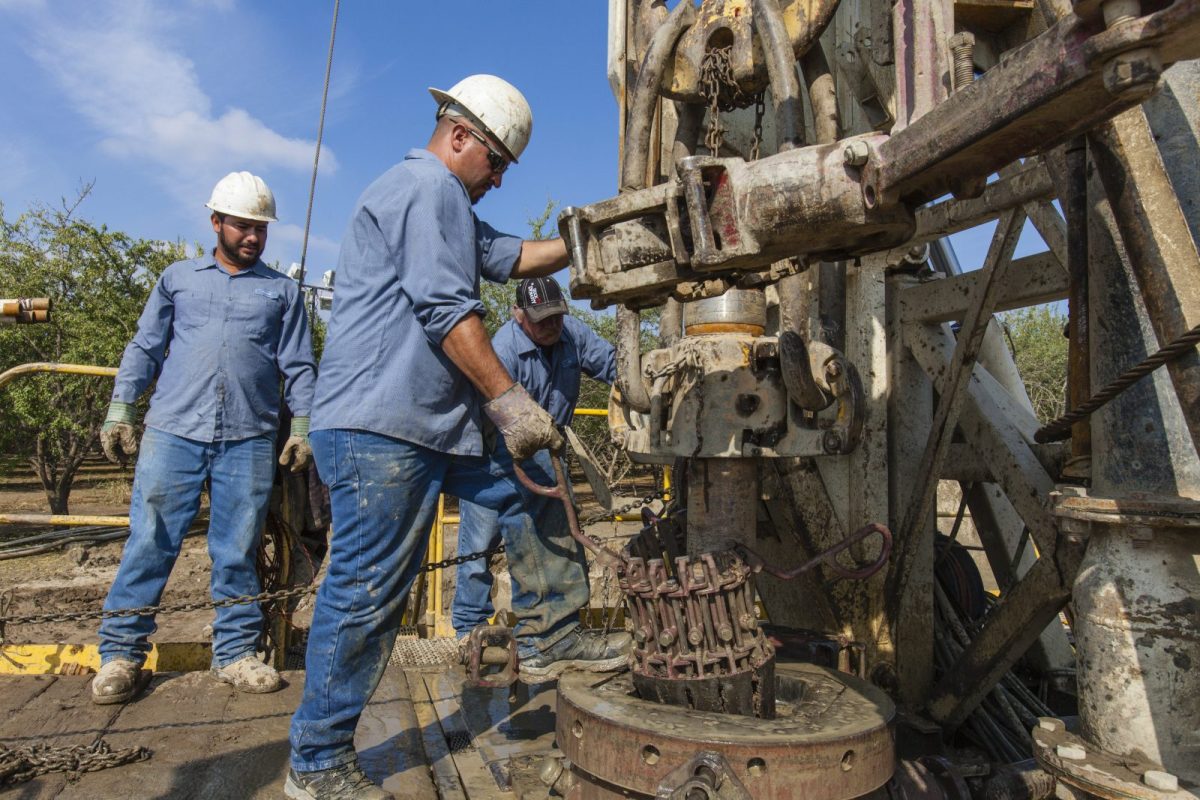 Drilling deeper for water in the San Joaquin Valley, California. Photo by: Citizens of the Planet / Education Images / UIG via Getty Images

Q.You found evidence in your own backyard that California might be crashing into the limits its natural resources. And you wrote that the apricot trees behind your house started behaving strangely a few years back. What was going on?

Apricots are the most delicate fruits. If you buy them at the store they’re always too hard or too soft. You really have to get them fresh off the tree to experience their full fragrance and sweetness. So I have a few apricot trees behind my house, and in 2014 they started flowering earlier than they ever had before, in the middle of winter. There were these white blossoms, blushing pink in the center, in January. Over the next couple of months they turned into nice baby fruits. But then I walked outside one April morning and every single green apricot was piled in the ground beneath my trees.

So I called up a farmer buddy of mine — he puts up with me comparing what’s going on in my backyard with his 8,000 acres — and he says, “You’ve got to look at what’s happened to my pistachios.” We take a drive out in the country, and there’s his orchard. The male pistachio trees weren’t producing any pollen to mate with the female trees. The whole orchard was out of sync. He says, “In three decades of farming, I’ve never seen this happen. It must be global warming. We haven’t had a winter in two years.” My backyard apricots, his mega nuts — neither had endured enough chilling hours in winter to produce.

Q.After those two years without a real winter, California started to dry out in earnest. Yet, paradoxically, many farms were expanding.

A.When we reach the limits of our natural resources, instead of stepping back, California charges ahead. When I went back into archival history, I found that in the 1920s there was that same cry of “Dust Bowl.” Back then, farmers had taken the flow of all their local rivers and shunted it via canals and ditches to their crops. They were farming the most fertile soil. Then came the turbine pump. It allowed them to go deeper to draw up more water. And this is when you see the farms of the valley expanding onto more marginal land.

They end up pumping out so much groundwater that the land starts to sink, just like it sank through this most recent drought. When the pumps can’t reach any deeper and the farmer runs his aquifer dry, there came a cry from the heartland in the 30s. “We need to steal ourselves a river.” And so the federal government builds Shasta Dam on the Sacramento River and Friant Dam on the San Joaquin River, and the state adds its own network of dams, canals and aqueduct.

We move the snowmelt from where it’s abundant to where it’s scarce, north to south, a 700-mile-long hijacking. And what happens to suburbia? It expands farther and farther out across the L.A. basin. And what happens to the plow? It moves farther out across the Central Valley so that even piss-poor ground — land choked with alkali salts — is being farmed. 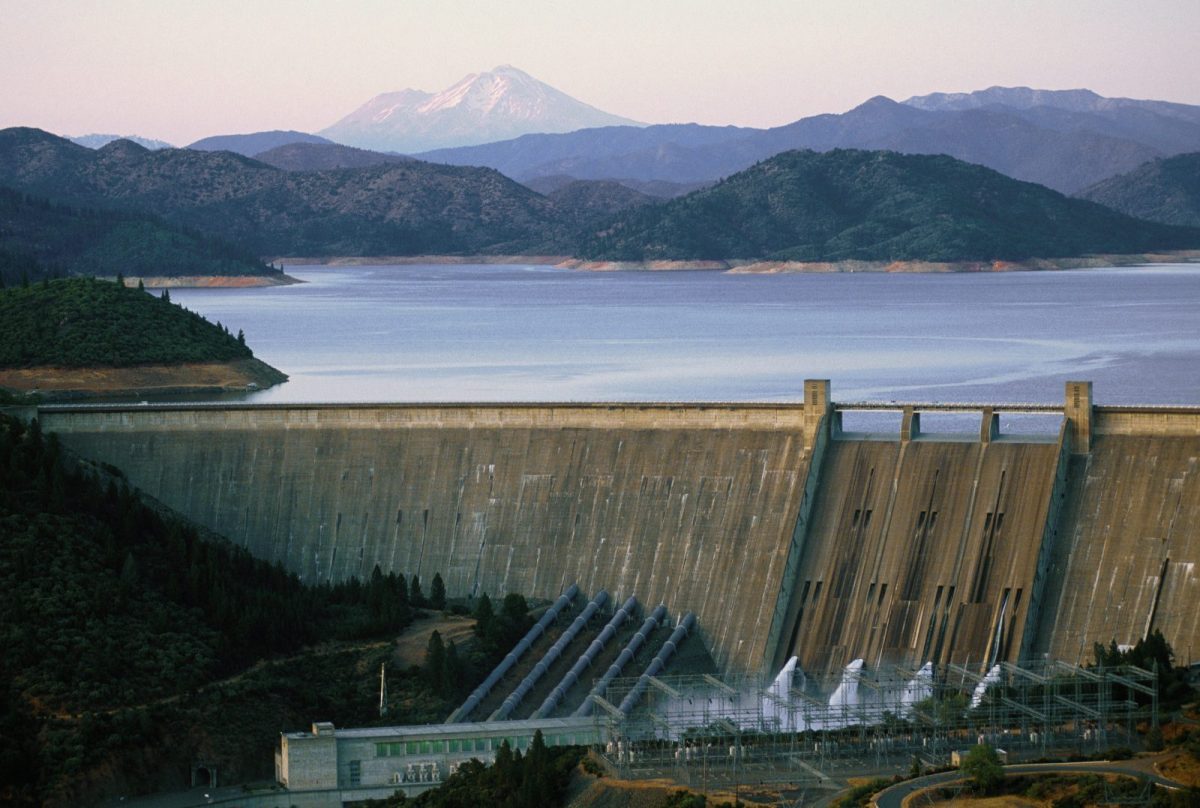 Q.How does water determines the kind of society that evolved in different parts of California’s farmland?

A.Because this is a book about the invention of California, first as myth and then as a real place, I work to separate the two in each of the places I dig into. I do this most persistently in the San Joaquin Valley. Outsiders and even some locals mistakenly paint it as one shared place. In reality, there are at least three different valleys, each with its own relationship to water, which gives each a different culture, a different economy, a different feel, a different smell.

You have the center valley where four or five rivers run across the plain and the snowmelt pools and recharges the aquifer. Today, a farmer there only has to drop a bucket 50 feet into the earth to pull up good water. This is where the valley comes closest to the agrarian ideal, where a farmer can make it on 120 acres of raisin vines. Then you go to the east side, where the same rivers run through the land, and the farming is medium-sized. A farmer can make a good living there because he’s growing a high-value citrus crop. Back when L.A. paved over its orchards, citrus families came over the mountain and landed on the east side. They were able to build real communities such as Exeter, Porterville, Orange Cove, Visalia. These are places where the children of farmers and the children of farm workers go to school together.

Then you go to the west side of Fresno County and Kern County, and it couldn’t be more different. There are no rivers. The groundwater sits 1,500-feet deep in the ground. Only the biggest landowners with the deepest pockets can survive. It’s a culture of extraction, and if you look at the westside communities, they are among the most impoverished places on the map. Some of them are more glorified labor camps than towns. 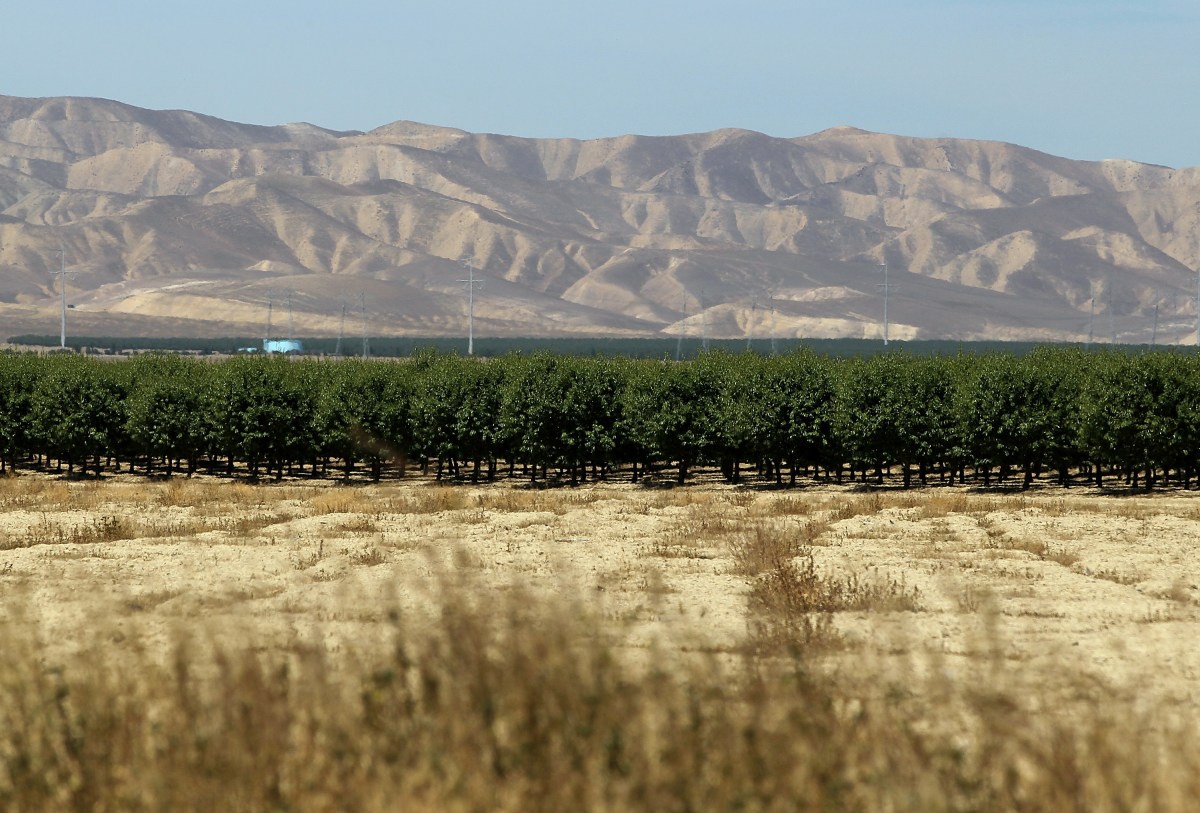 Desert and almond groves in Firebaugh, on the west side of the San Joaquin Valley. Photo by Justin Sullivan / Getty Images

Q.Right now groundwater in California is basically up for grabs. If you can sink a straw deeper than a neighbor can, you get to drink his milkshake. But a new law is coming into effect to regulate groundwater. How is that changing things?

A.People think of California as this liberal, over-regulated state, but we are among the last states to regulate groundwater. As a result, it’s not necessarily the smartest or hardest working farmers who succeed, but the ones with deepest pockets, who can afford to sink the deepest well. As this law comes into effect over the next 15 years, it will alter the footprint of agriculture across the valley. The worst land, perhaps as much as 1.5 million acres, will likely go out of production.

Q.Do you really believe that? I want to believe that, but I worry that it may trigger even more growth — of suburban sprawl rather than farmland.

A.My first thought was that the biggest growers will take all the teeth out of the law and control it. But I now suspect that state water bureaucrats will insist on true sustainability. Here’s the problem: Whenever water has gotten scarce and more expensive in California, people have figured out how to use it to grow more houses and a crop that can bring in enough money to pay for the water. We’ve gone from wheat, to raisins, to oranges, to almonds and McMansions. Silicon Valley investors are buying up farmland, not to grow anything, but so they can sell the water to cities.

Q.To end on a fun note: A lot of readers may be familiar with Cuties, or Halos, those mandarin oranges. And they probably notice that their quality changes over the year. What’s the story behind those brands?

A.Cuties is a brand dreamed up by citrus grower and packer Berne Evans in partnership with Stewart and Lynda Resnick. The Resnicks live in Beverly Hills but have amassed so much land over the mountain, in Lost Hills, that they’ve become the biggest farmers in America. They figured out that they could sell three varieties, the Clemenule, the Tango, and the Murcott, which ripen at different times, all under the brand of Cuties. This way, they have one brand on sale year round. But the three fruits taste different. Most grocery shoppers don’t know why the spring Cutie tastes better than the winter Cutie. They think they’re buying the same mandarin. It says Cuties, right?

Then Stewart Resnick tried to take over. After three years in court, Evans bought the Cuties brand for $40 million and the Resnicks created a new brand, Halos. So now there’s a war going on the valley. The Cutie versus the Halo. Every grower of mandarins who packs fruit with the big boys has to pick a side.

Q.One last question. California’s big drought ended with two of the wettest years on record. How are your apricots doing?

A.Not too well. It rained like hell, but we didn’t get the cold. We’ve lost the Tule fog, which used to settle in for days and refrigerate the valley floor. The apricots need those chill hours, and they’re hard to come by on my little suburban farm.