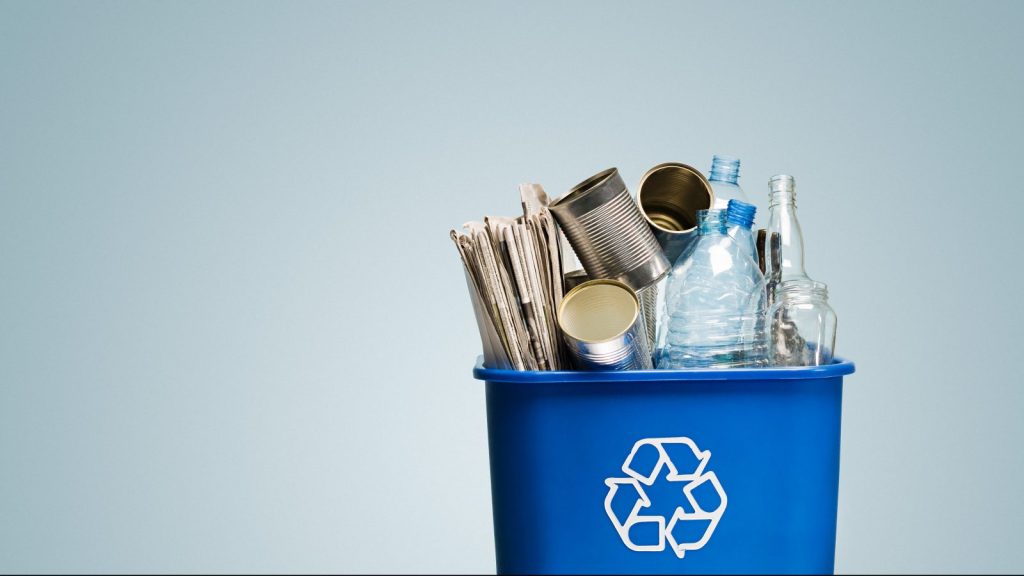 BIRDSBORO, Pennsylvania — If you’ve ever dropped a potato chip bag into a recycling bin full of bottles and cans and hoped it might get recycled, there’s something you should know: It’s almost certainly sitting in a landfill right now. A recycling center employee or an automated sorting system most likely found the bag and removed it from the other household recyclables.

Each year, people trash 12 billion tons of flexible plastic packaging, according to the consultancy Resource Recycling Systems. Cheap and ubiquitous, items like grocery, dog food, and snack bags are recyclable in theory but are often made from layers of different materials that are too costly and difficult for recyclers to process. They can tangle sorting equipment, causing damage or delays at sorting plants; they might be too dirty from food scraps or grease to be of any value; and they often get mistaken for paper and baled with the wrong materials, compromising a whole shipment’s worth of recyclables. It’s easier and cheaper for recyclers to send most flexible plastics to a landfill.

But change is afoot as awareness swells around the environmental risks of plastic pollution and people demand meaningful solutions to the waste crisis. A coalition of plastic producers, recyclers, and consumer goods companies has a plan to make it OK for people to throw chip bags and grocery sacks into their home recycling bins along with their household’s milk cartons and detergent bottles.

The effort is starting small: A waste management company in Pennsylvania, J.P. Mascaro & Sons, is quietly running a trial of a program to take flexible plastics from curbside recycling pickups and turn them into new products rather than send them to landfills. The company’s sorting facility, TotalRecycle, has partnered with a handful of regional businesses interested in making secondhand plastic packaging into items like floor mats for cars and equipment for drainage systems.

It’s a project with many hurdles and no guarantee of success. But those involved feel a sense of urgency to get it right.

“It’s only a matter of time before the landfill space runs out,” said Frank Sau, communications director for Mascaro & Sons, which also manages several local landfills.

The company serves 90 municipalities across 12 counties in Pennsylvania and already gets a staggering amount of flexible plastics, even though people haven’t been instructed to recycle it yet. (That will happen later this summer. In the meantime, the program is benefiting from many people’s misunderstanding about what’s actually supposed to go in the bin.) Director Joseph Mascaro told HuffPost that flexible plastics account for 1 percent of his recycling haul, or about 100 tons a month.

In the coming months, Mascaro’s company will allow acommunity of 3,000 households to place flexible plastic packaging into the same curbside bins they use for the rest of their recyclables.

It’ll be like turning on a firehose of tricky-to-recycle plastics. And if it works, the company hopes to roll out the program to another community, then another.

Eventually the program could be extended across the country, but that’s a massively complex undertaking and would be possible only at facilities with the latest technologies for sorting flexible plastics. (Older sorting machines tend to confuse this material with paper, and separating it by hand wouldn’t be possible, given the scale of the problem.)

In the meantime, several large plastic makers and consumer goods companies — Dow Chemical, PepsiCo, Procter & Gamble, Nestle Purina, and Target, to name a few — are learning from Mascaro & Sons how they can re-engineer their packaging to make it more recyclable.

One immediate concern about this program is that the rules of recycling are already notoriously difficult for households to keep up with. Changing them could spell trouble.

On a visit to TotalRecycle earlier this month, HuffPost saw that one of the first steps in the process of sorting recyclables is plucking out items like lawn chairs, Christmas lights, and garden hoses — stuff the facility doesn’t accept but regularly finds in its waste stream. Less frequently, a barbecue propane tank will slip past the automated sorting equipment and explode, bringing activity inside the facility to a standstill, according to T.J. Stinson, the company’s recycling coordinator.

So it’s pretty risky to tell people to throw additional materials in their curbside bins.

But the program has to be convenient or people won’t participate, Mascaro said. For example, plastic grocery bags typically need to be returned to the store in order to get recycled — and people just don’t do it. Only 1.7 percent of plastic bags ever make it to a recycling facility, according to Susan Graff, vice president of sustainability at Resource Recycling Systems, which researched and designed the flexible plastic program underway at Mascaro & Sons.

That’s why Mascaro plans to incorporate its new plan into the existing recycling collection, as opposed to adding another step in the process. Bags will go into the same bins as all other plastics, though the company will replace open bins with ones that have lids, to prevent the flexible plastics from blowing away. Graff said that Mascaro & Sons will go out into the community to explain the change before asking households to participate in the program. “We’ll have to be really clear about what they can’t put in [the bin],” she said.

Another potential stumbling block: There simply aren’t that many products that can be made out of recycled plastic packaging. The best-known is from a company called Trex, which uses wood pulp and plastic film to make building materials for backyard decks. But Trex is not a partner in Mascaro & Sons’ program, and it already has all the material it needs. “They don’t need more of it,” said Sau.

The companies working with Mascaro are still experimenting with new products.

“That’s the risk we’re taking. We’re creating a new commodity,” said Sau. “Somebody somewhere will want it. I can almost guarantee that there will be more avenues in the future.”

This optimism is cause for alarm, said Martin Bourque, executive director of The Ecology Center, a nonprofit recycling company in Berkeley, California, that pioneered curbside recycling in the 1970s.

“For years we were told [to] collect all the plastic containers — if you get enough of them there will be a market,” Bourque told HuffPost in an email. “This has been an unmitigated disaster.”

The United States ships a large percentage of its plastic recyclables overseas for processing. However, these materials can be so contaminated that it’s easier to dump them. China was the largest importer of junk plastic until its government banned these imports at the end of 2017. Since then, municipalities across the U.S., especially on the West Coast, have had to scale back or cancel their recycling programs. And China’s Southeast Asian neighbors have seen spikes in shipments of low-grade plastics from the West, leading to untold tons of the stuff being illegally dumped and burned.

“I worry that giving consumers the idea that these films are also recyclable will result in similar disasters and ultimately the loss of confidence of consumers in recycling overall,” Borque said.

A separate possibility, if new products don’t pan out, is to turn the plastic packaging into fuel, which a couple of local companies are already testing with materials from Mascaro & Sons. But that would be an expensive, last-ditch effort, according to Stinson. “We really don’t want to go that route,” he said. “It’s not an ideal option for the success of the project.”

Another concern of Bourque’s is that the experiment is backed by some of the very companies responsible for a lot of the single-use plastic packaging that ends up polluting the environment.

But this is a plus for Graff, who says that cooperation from the industry’s biggest players is critical for creating change.

“They’re all collaborating on [this program] because it’s the same problem they’re all facing,” Graff said.