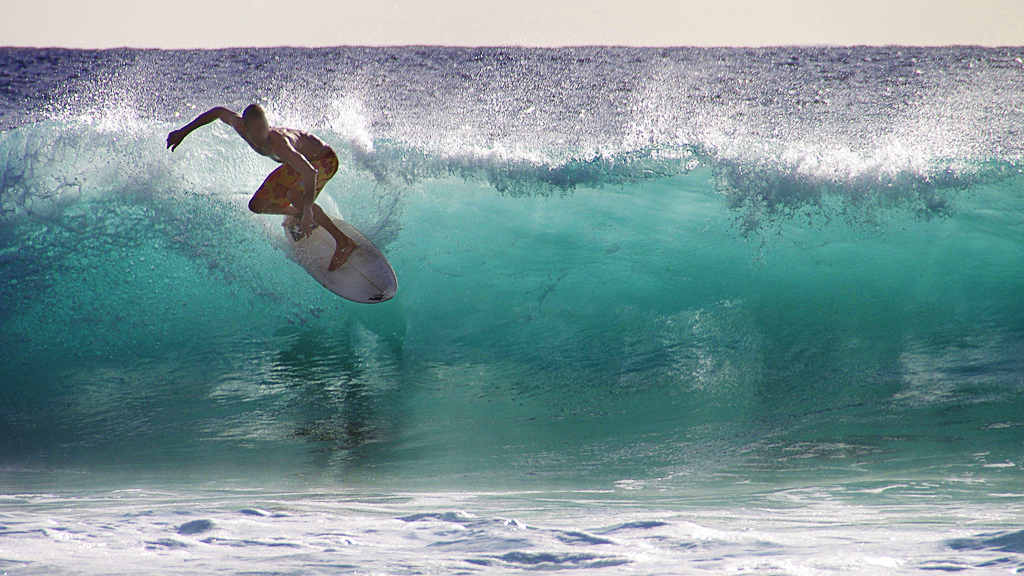 Check it, dude, climate change is gettin kinda aggro. It’s wiping out those bomb sets that come up on Bondi Beach. These brahs say there’s gonna be fewer days with sick waves on Australia’s central east side, cuz global warming’s been dropping in on the storms that make them. They’re sayin’ greenhouse gases in the atmosphere are keeping the squalls that provide the righteous rides out there, called east coast lows, from happening. Like, waves taller than 13 feet are gonna drop by as much as 40 percent by the end of the century, and by about 20 percent by 2044 — bummer!

The Guardian reports on a new study in Nature Climate Change:

“If you like to surf the large waves, in the future you might have to pick your days to go out a bit better,” report co-author Andrew Dowdy of the Bureau of Meteorology told Guardian Australia.

“Our results show that some change may have already started.”

Totally lame. Even in the best case, if greenhouse gas emissions were slowed down, there’s fo’ sho gonna be 25 percent fewer of the gnarly swells that are bigger than 19.5 feet. Might be time to bag Bondi and head north, where the juicy waves aren’t driven by storms. Man, that’s wack!