Can the Hulk convince the DNC to call for a fracking ban? 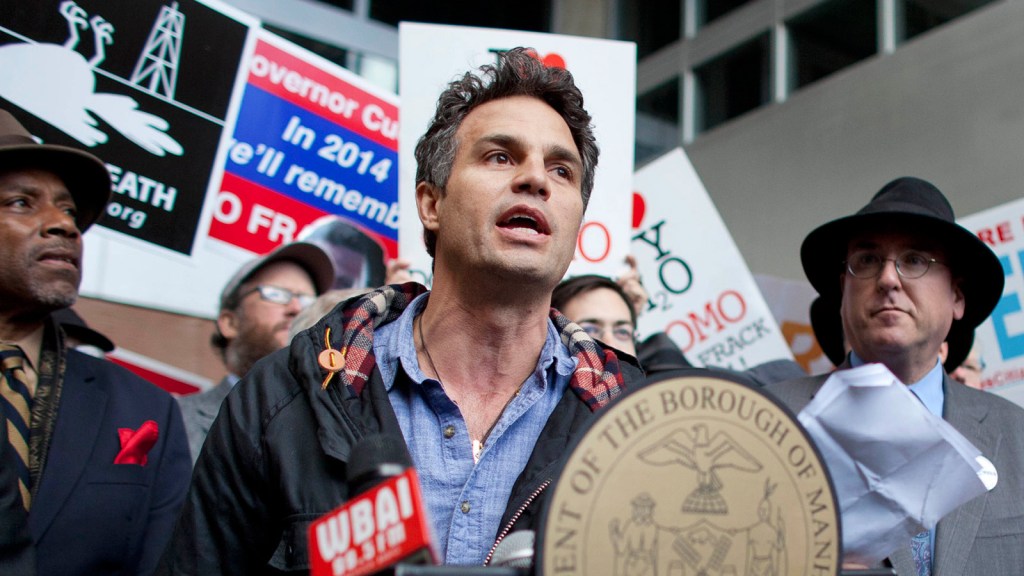 Can the Hulk convince the DNC to call for a fracking ban?

Environmentalists had a chance to make their case for the Democratic party’s official stance on climate change on Friday, in front of the Democratic National Committee’s platform planning commission.

The Sanders contingent pushed for the DNC to call for a ban on fracking, a position Clinton has come up short of endorsing.

“Natural gas is 100 times more damaging a greenhouse gas, heat-trapping gas, than CO2 in a 70-year period, which makes it particularly dangerous,” Ruffalo said. “We can’t seem to be able to keep it from leaking no matter how hard we try and where we try to do it. Any kind of gains we thought we were making by transitioning to natural gas have basically exploded in our faces.”

Pica outlined Friends of the Earth’s recommendations to the DNC, asking for a commitment to climate justice, an end to fossil fuel subsidies, and to phase out public financing for fossil fuel projects abroad.

“We are at a generational — if not historic — tipping point for the planet and its inhabitants,” Pica said.

Now, the question is, what is the DNC going to do about it?