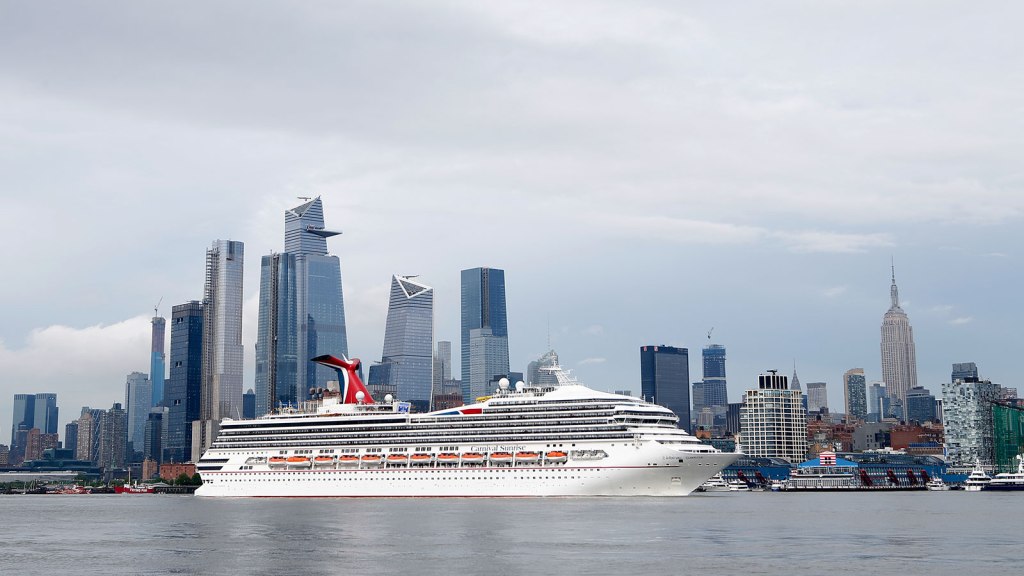 Turns out, the Love Boat is actually the “Let’s secretly dump our trash in the middle of the ocean” Boat.

Carnival Corporation, the world’s largest cruise line and owner of ten cruise subbrands, was slapped with a $20 million fine earlier this week after it was caught dumping pollutants into the ocean, again.

“You not only work for employees and shareholders. You are a steward of the environment,” U.S. District Judge Patricia Seitz told Carnival CEO Arnold Donald. “The environment needs to be a core value, and I hope and pray it becomes your daily anthem.”

The Miami-based cruise line giant has been on probation since 2016, when subsidiary Princess Cruise line was found to have been discharging oily waste into the ocean for eight years and then lying about the scheme. The Department of Justice called the $40 million fine leveraged against the company at the time the “largest-ever criminal penalty involving deliberate vessel pollution.”

But as it turns out, Carnival’s ships have continued to commit a plethora of environmental crimes, such as dumping “gray water” (meaning, wastewater from showers, sinks and kitchens) in Alaska’s Glacier Bay National Park and food waste mixed with plastic (a severe threat to marine life) in Bahamian waters. According to the court filing, the company, which was valued at over $40 billion in 2018, also tried to hide ongoing violations by sending teams to ships ahead of third-party inspections to create false training records and fix environmental-compliance issues.

“I sincerely regret these mistakes. I do take responsibility for the problems we had,” Arnold told Judge Seitz. “I’m extremely personally disappointed we have them. I am personally committed to achieve best in class for compliance.”

Despite the new multimillion-dollar fine, environmental groups were none too pleased by the latest ruling, calling for greater consequences and saying Carnival’s ongoing violations make it clear executives are simply treating their pollution problem as a pesky gnat. “Today’s ruling was a betrayal of the public trust and a continuation of the weak enforcement that has allowed Carnival Corporation to continue to profit by selling the environment to its passengers while its cruise ships contribute to the destruction of the fragile ecosystems they visit,” Kendra Ulrich, a senior shipping campaigner at Stand.earth, said in a statement

While Carnival’s environmental violations are egregious, it’s far from the only cruise company causing environmental harm. According to the International Council on Clean Transportation, cruise lines are bigger contributors to carbon emissions than airplane jets, emitting 3 to 4 times the CO2 per passenger-mile. Cruise ship exhaust can also be a health problem. According to a 2019 report released by the Johns Hopkins University School of Public Health, on-deck air quality can be as bad or worse than some of the world’s most polluted cities. And while some ships have scrubbers to remove harmful chemicals from their exhaust, the New York Times reports that the compounds are then discharged into the ocean — not exactly a win for the environment.

So if you feel the need this summer to sip on a refreshing beverage while overlooking the water, maybe consider doing it poolside?