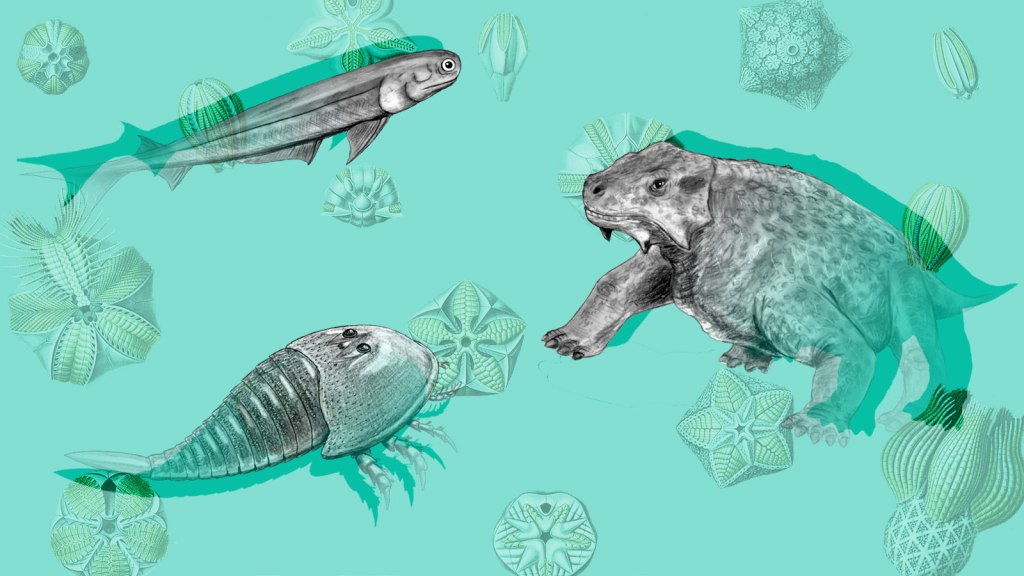 The “Great Dying” was just as bad as it sounds. In the planet’s worst mass extinction 252 million years ago, up to 80 percent of all species died out, including up to 96 percent of ocean species. Trilobites, sea scorpions, and spiny sharks disappeared forever. The rapid reorganization of life on Earth spawned all kinds of unimaginably nasty things, like a giant burp of toxic hydrogen sulfide in the atmosphere released from decaying marine animals.

For the first time, a new study in Science draws parallels between the cause of this horrific, planet-changing event and the global warming we’re experiencing today. “It is beyond deniable that climate change is linked to extinction,” lead author Justin Penn said in an interview with Grist.

In the Great Dying, global temperatures rose by more than 10 degrees Celsius (18 degrees F) over the span of a few thousand years — a blink of an eye in geologic terms. Human activity has “only” warmed the planet about 1 degree Celsius over the past 150 years, and we’re on course for about 3 degrees (5.4 F) of total warming by 2100.

Penn and his University of Washington colleagues found that, should we continue unabated fossil fuel use, we could unavoidably kick off another crisis like the Great Dying by about 2300. Fast forward another thousand years, and we could be looking at all of the extinction, just much, much faster.

Here’s how the worst mass extinction in Earth’s history went down: A series of massive volcanic eruptions in Siberia emitted huge quantities of greenhouse gases, rapidly warming the planet. When water warms, its capacity to retain oxygen is reduced. Think of the air bubbles that form on the bottom of a pot being heated on the stove and then escape. The same thing, hypoxia, happened to the oceans 252 million years ago on a massive scale.

The researchers found that during the Great Dying, the oceans lost about 76 percent of their oxygen. So far, modern oceans have lost only about 2 percent of oxygen, but with continued rapid warming, that is going to quickly worsen, according to Penn’s findings.

Earlier this year, a different study projected how blowing past Paris Agreement goals would change our oceans. The researchers had to extend their modeling effort far beyond 2300 — the furthest out most climate models go — because they found that the impact was still getting worse.

That study found that ocean oxygen will keep declining until about the year 3000, even if fossil fuel emissions cease in the next few decades, because our current rapid phase of warming is causing ocean circulation to slow down. Beyond that, it could take about 6,000 years for ocean oxygen to recover to a new equilibrium state. Going that long without oxygen “would mean quite dramatic things for marine life,” says Gianna Battaglia, a climate scientist at the University of Bern in Switzerland and the lead author of the paper earlier this year.

For Penn, who hasn’t yet finished his PhD, his work on this latest study has renewed his desire to publicly communicate the dire urgency of climate change. “I’m pretty optimistic in my view of life in general,” he says. “Even though we’ve shown the direct connection between warming and mass extinction, we’ve also identified the solution to that problem. There is a way out.”

According to his coauthor and PhD advisor, Curtis Deutsch, that way out looks like a massive mobilization on the biggest problems facing the ocean and humanity.

Studies such as this one are like a time machine, propelling us first backward, to reckon with a reality that has already occurred, and then forward, projecting the known consequences of our current actions.

What happens in the next decade really, really matters. New data on Wednesday showed that, as of 2018, humanity’s carbon emissions are still accelerating upwards — tracking more or less with the worst-case scenario envisioned nearly a decade ago by climate scientists. In addition to jeopardizing human civilization, the results from Penn and his colleagues show we are setting a course of ecosystem annihilation that will play out over thousands and millions of years.

Some people frame climate change as a problem that’s bad for humanity, but ultimately the Earth will pull through. Sarah Myhre, a climate scientist who works in the same University of Washington lab group as the authors, is uncomfortable with that line of thought.

It’s entirely within our control to steer the planet on a different path away from the brink. Reading about this may make you may feel powerless, but collectively, our choices are the most powerful geological force in our planet’s history.