Climate change's deadliest effects are unfolding under the sea 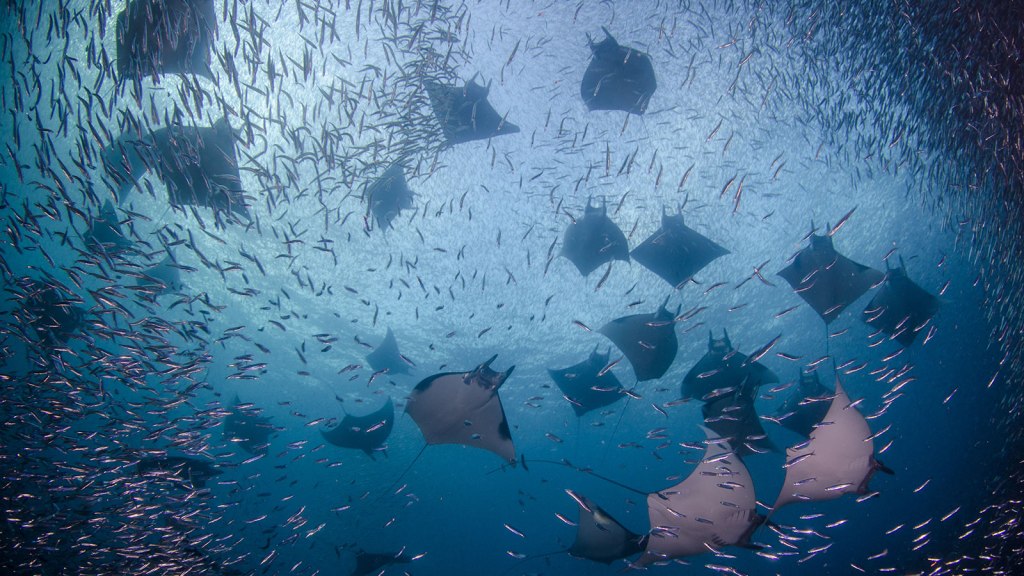 Climate change’s deadliest effects are unfolding under the sea

Think of the dangers climate change poses to animals, and you’ll likely picture skinny polar bears or cliff-diving walruses (collective sob). But it turns out that our overheating planet is actually wreaking the most havoc on creatures out of our sight: marine life.

Sea animals like crabs, lobster, and fish are dying off at twice the rate of land animals, according to a study published in Nature on Wednesday.

The researchers looked at more than 400 cold-blooded animals on land and sea, including lizards, dragonflies, lobsters, and mussels. They found that creatures that people rely on for food (fish, mollusks, shellfish) are among the most vulnerable, especially in the developing world, where many rely on them for a regular protein source.

So what’s going on here? Part of the explanation is that cold-blooded marine species have a higher sensitivity to warming, and many are already living at the edge of their species’ heat tolerance, according to the scientists. This is especially true for fish in tropical zones near the equator, where they are an important local food source.

Another problem is that sea creatures have just one option for refuge if they’ve reached their capacity for heat: seek deeper, colder water. And as the ocean continues to absorb extra heat from carbon pollution, finding cold water will only get more difficult. Cold-blooded land animals, while also in danger, can save themselves by crawling under a rock, for example, or seeking out the shade of a forest.

Some species that can move to cooler zones have already done so, like the summer flounder off the coast of North Carolina, Malin Pinksy, one of the study’s lead authors, told Inside Climate News. The flounder have moved so far north that some fishermen have to travel up to 600 miles to catch the same fish. But not all shallow-dwelling creatures can move hundreds of miles in search of a similar but cooler habitat, nor can all creatures travel through deep water seeking the shallows that is their habitat.

Others, like sea anemones or coral, can’t move at all, so are likely to go extinct when the ocean gets too warm for them, the study said.