The U.S. is going to want to hide its air quality report card from its parents 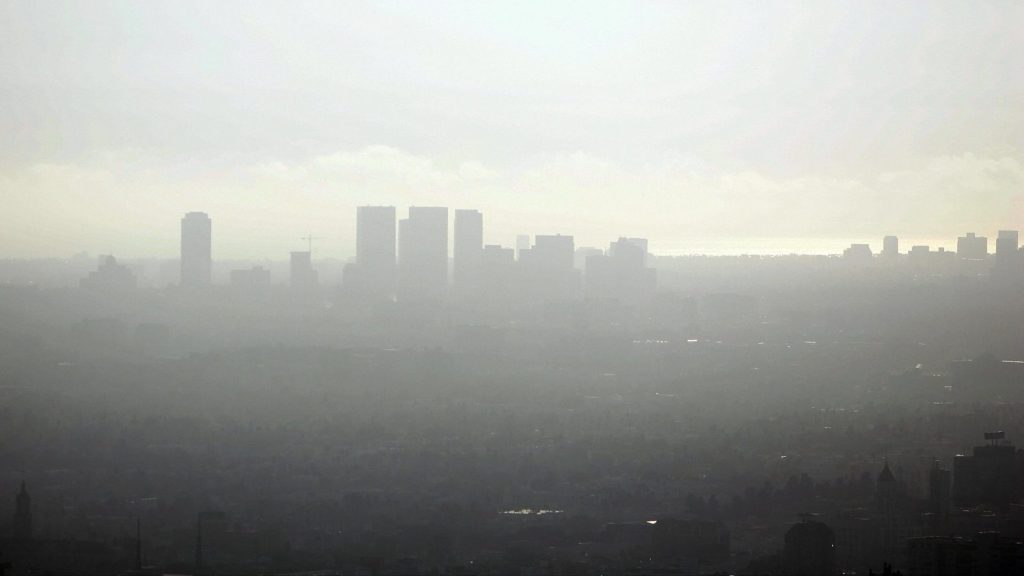 Gabriel Bouys / Getty Images
air on the side of caution

The U.S. is going to want to hide its air quality report card from its parents

If air quality were college, the U.S. would have just flunked out. Over 40 percent of Americans, or 141 million people, live in counties that received an ‘F’ grade for unhealthy air, according to a new report.

For the past two decades, the American Lung Association has put out an annual summary of air cleanliness and pollution across U.S. counties. The latest report, compiling data from 2015 to 2017, found that 7 million more people were breathing unhealthy air since the last report. What gives?

Let’s say it together now: climate change! The 2015 to 2017 period was the warmest on record. Warmer air encourages the formation of more smog. And then there’s the particle pollution brought on by more frequent droughts and wildfires.

Poor air quality, even during short-term exposure, can have severe health implications, especially for the young and elderly. Studies have shown that breathing polluted air leads to stunted lung growth in children and exacerbates asthma.

In the counties that received failing pollution grades, over 12 million people are asthmatic, a quarter of these children. By reducing particle pollution, the U.S. could prevent an estimated 90,000 asthma attacks in children in 2030.

Besides respiratory issues, pollution has also been correlated to cardiovascular disease, diabetes, and even cancer. Any long-term exposure to unhealthy air has been correlated with a one to three-year shortened lifespan. A decades-long study of urban air quality estimated that the U.S. could prevent 34,000 deaths a year with modest particle pollution reductions.

It’s not all bad news though. The Clean Air Act, first put into place in 1970, has been steadily improving air quality by requiring the EPA work with state and local governments to reduce net emissions production. Unfortunately, continued climate change and proposed weakening of this legislation is putting any progress at risk.

“The nation has made significant strides to clean up the air we breathe over the past two decades since our first ‘State of the Air’ Report,” the study said. “Unfortunately, this Administration has focused on steps to roll back or create loopholes in core healthy air protections put in place to comply with the Clean Air Act.”

The ‘State of the Air’ has undoubtedly seen progress, with aggregate pollution levels falling 73 percent since nearly 50 years ago when the Clean Air Act was originally instituted. However, the current administration’s deregulatory zeal could cause millions of people to suffer the effects of unclean air.