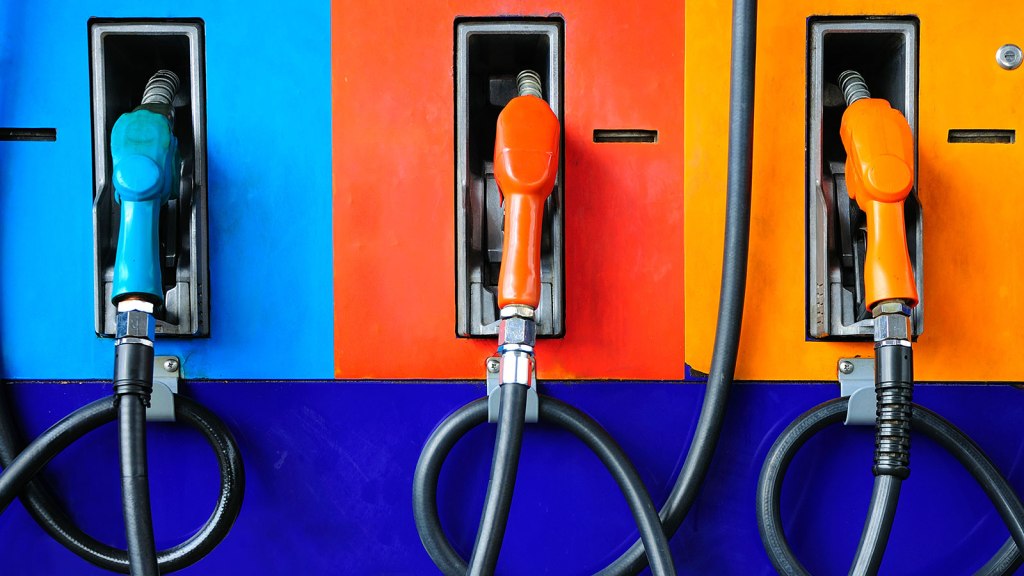 Motorists in one Canadian city will soon be seeing something new at the gas pump: climate change warning labels.

The North Vancouver, B.C., city council unanimously voted this week to make warning labels mandatory on all gas pumps, although it’s not yet clear what the labels will look like, CityLab reports:

The city council is considering designs that “deliver key messages or ‘prompts’ as reminders of positive, can-do actions people can take to reduce GHG emissions.” These might be suggestions like buying an electric vehicle, trading in an old car for a $1,360 transit pass, and saving fuel by keeping tires properly inflated. There might also be facts about greenhouse gases, such as “Burning fossil fuel contributes to climate change” or “49% of GHG emissions in the City of North Vancouver are from transportation.”

The latter approach is closer to the vision of Robert Shirkey, whose environmental group Our Horizon pushed hard for the labels. Concepts drawn up by Our Horizon are a bit more in-your-face about drivers’ personal responsibility, proposing images like a sad, presumably unhealthy child.

Shirkey’s concept was inspired by cigarette warning labels. “Research from the tobacco realm shows that labels with images have more of an impact than text-only labels,” he told CityLab. “If fossil fuels are thought of in similar ways as we think of cigarettes, you’re creating a social environment that gives government much more space to address the issue.”

But while Shirkey’s negative approach may seem more intuitive — wouldn’t a sad baby make you more likely to change your behavior than statistics on carbon emissions? — there’s not much evidence that negative warning labels actually change peoples’ behavior, at least when it comes smoking. The RAND Blog reports:

[T]here’s little evidence for the effect of graphic warning labels on smoking initiation or cessation. There are estimates of the potential impact but almost no direct evidence for an actual effect on smoking.

In fact, there’s reason to believe graphic warning labels might have the opposite effect,making smokers feel defensive or causing nonsmokers to become inattentive (PDF) to anti-smoking messages. Some reports suggest smokers might even cover graphic warning labels with tape or use decorative cases, so they don’t have to view repellent images every time they reach for a cigarette.

In a recent ruling against the use of graphic warning labels (PDF), the U.S. Court of Appeals was blunt in its assessment of this literature:

“The Food and Drug Administration (FDA) has not provided a shred of evidence … showing that the graphic warnings will ‘directly advance’ its interest in reducing the number of Americans who smoke.”

What’s that saying — “You catch more flies with honey than you do with warning labels”? The jury’s still out on whether or not this will have any effect on human behavior, but if any of you motorists up there in North Vancouver find yourself abandoning your car at the Shell station after you see one of these labels, call us. We’ll send you bus fare to get home.