CNN gave a platform to climate deniers, then debunked their lies 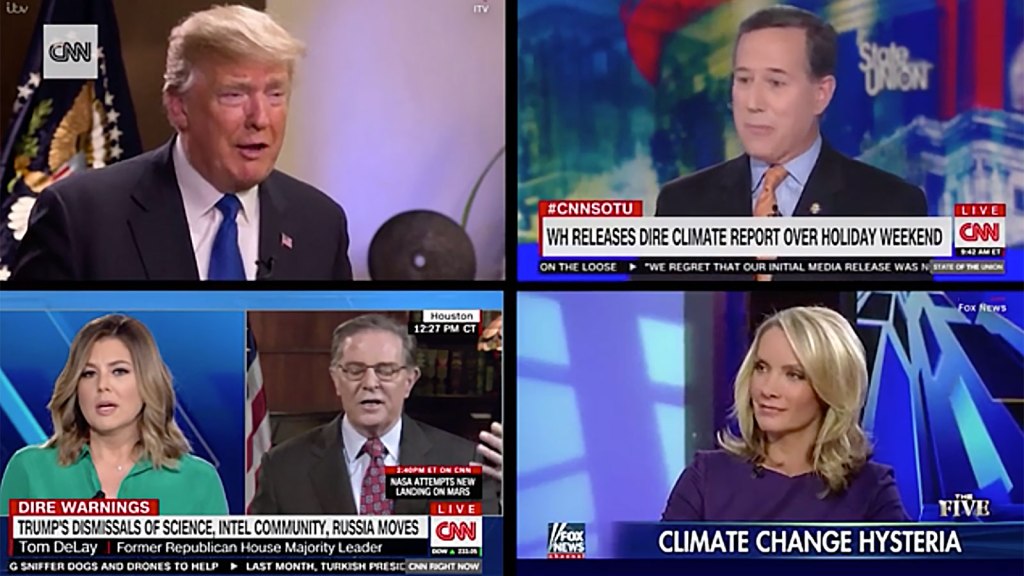 CNN gave a platform to climate deniers, then debunked their lies

CNN put out a video this week titled, “Don’t believe these climate change lies.” It’s a change of pace for a mainstream media outlet long accustomed to presenting climate change as if it’s an issue that’s still debated by the scientific community.

CNN’s two-and-a-half-minute video features the network’s team of meteorologists debunking a bunch of talking points frequently spouted by deniers. Yes, the climate has always been changing. But never at this rate, the video says. “Only man-made influences, including the burning of fossil fuels, could have created this crisis.”

As welcome as this is, there’s still a glaring problem: Two of the network’s four examples of how climate deniers operate are clips from CNN itself. One of those deniers, former U.S. Senator Rick Santorum, was hired by CNN as a senior political commentator last January. Right after the Trump administration released the 4th National Climate Assessment in November, Santorum was on air, arguing that “the reality is that a lot of these scientists are driven by the money that they receive.”

The next day, CNN invited Tom DeLay, the former Republican House majority leader, to discuss the assessment. He promptly unloaded a heap of nearly identical denier BS on viewers: “The report is nothing more than a rehash of age-old, 10 to 20 year assumptions made by scientists getting paid to further the politics of global warming.”